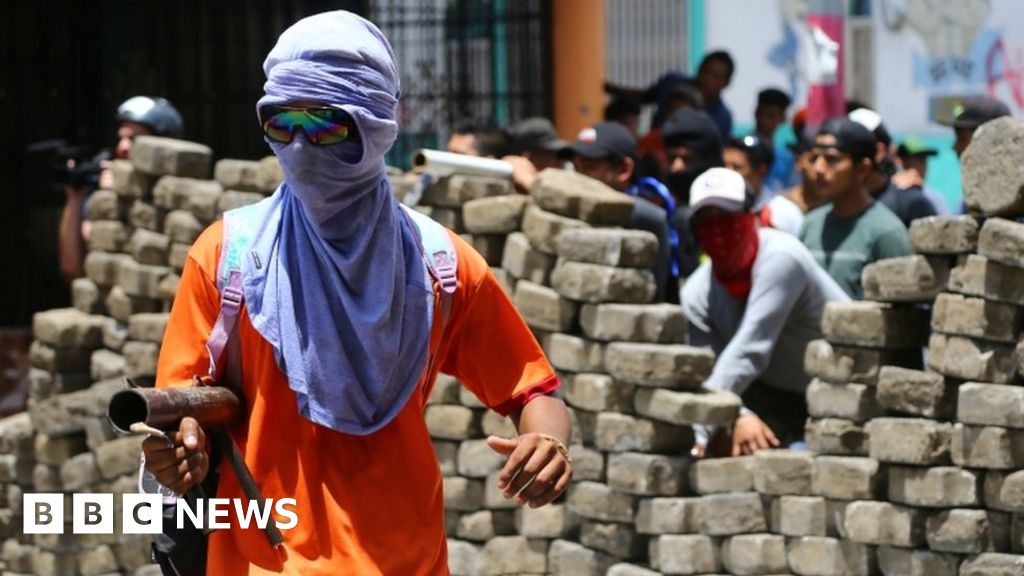 Police in Nicaragua have put an end to the siege of a church where opposition supporters sought refuge after being attacked by riot police and pro-government militias.

Doctors have allowed to treat the wounded inside the church in the city of Masaya. Two people have died.

About 30 people who were inside the church were released after the local Catholic Church intervened.

More than 100 people have been killed in Nicaragua in six weeks of violence.

Monsignor Silvio José Báez, the auxiliary bishop of Managua, praised the local priest in Masaya, Edwing Roman, and a lawyer and human rights defender, Álvaro Leiva, for their efforts in negotiating with the authorities.

President Daniel Ortega to end the repression of protests against his government.

Monsignor Báez previously led social networks to warn people to stay inside, because there were reports of snipers in the streets of Masaya.

"The priests in Masaya told me that the parish of San Miguel is surrounded by riot police," he wrote on Twitter

"There are people wounded and detained in. No more repression in Masaya!" [19659014] Image copyright
AFP

Masaya, about 20 km (12 miles) south of Managua, was one of several cities where opposition activists clashed with police on Saturday.

The riots in Nicaragua were triggered by cuts in pensions and social security.

Hours after the measure was enacted by Mr. Ortega in April, retirees and students took to the streets.

Human rights groups say that the police acted brutally and many people were killed in the following days. The majority of the victims were university students.

Mr. Ortega revoked the legislation, but by then he had become the center of attention for the protests.

The opposition and the young activists demand their resignation.

Mr. Ortega, the former Sandinista rebel leader, is in his third consecutive term in office.

He was re-elected in 2016, after the constitution was changed, which allowed him to present himself again.

He has accused the right-the infiltration sectors of "delinquents" and gang members in the protest movement to destabilize his government.

The talks between the government and the opposition, which were mediated by the Catholic Church of Nicaragua, collapsed last week.

Several bishops who participated in the talks received death threats, which the Church said came from the government and official media.

The Inter-American Commission on Human Rights (IACHR) visited Nicaragua last month and said it had seen a grave human rights violations during the protests.

The government announced on Wednesday that it had allowed the members of the IACHR and the OAS in the country to monitor the situation and report on the violence.