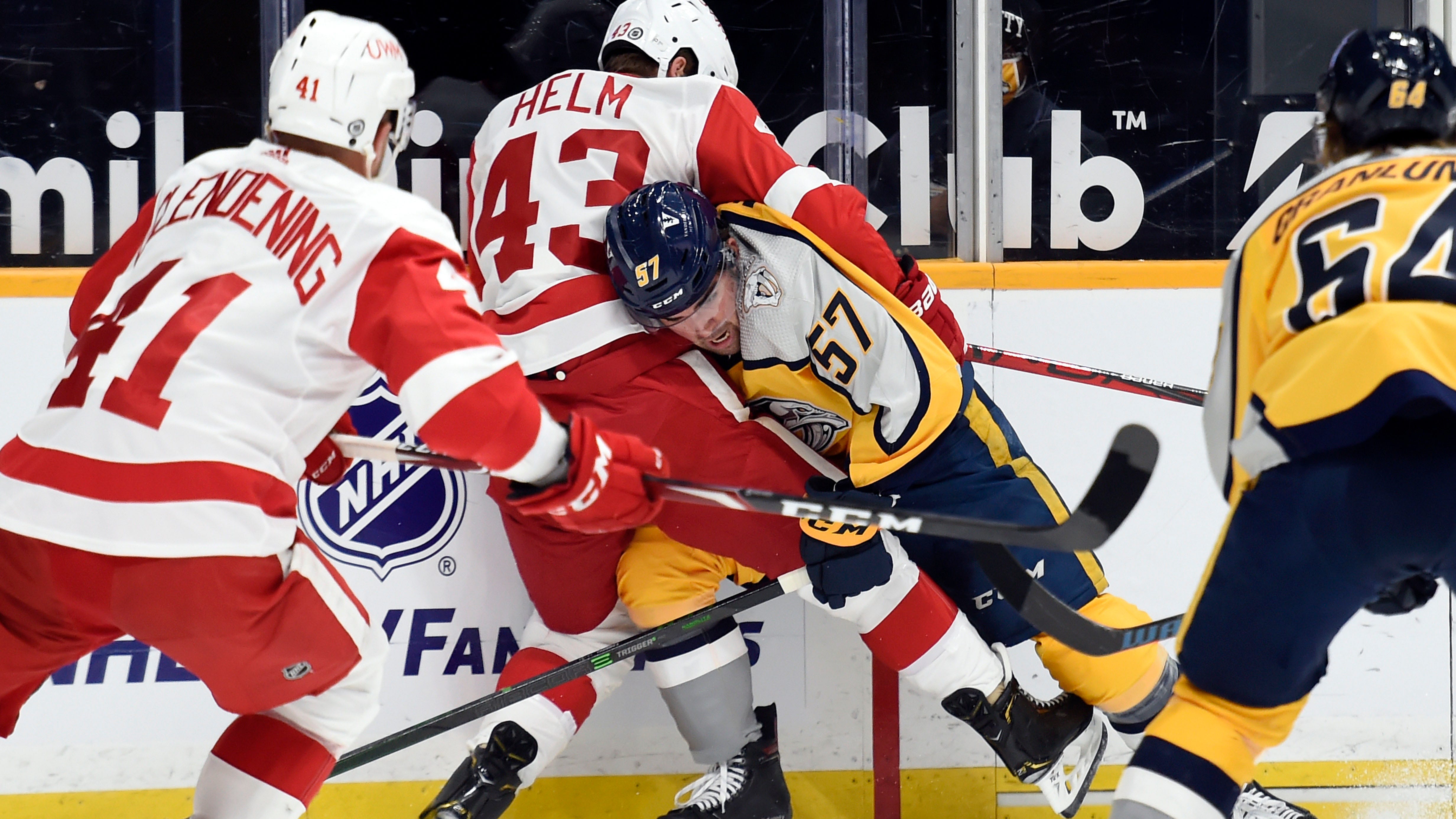 Veteran NHL referee Tim Peel will no longer referee league games after he was caught with a hot microphone saying he “wanted” to give the Nashville Predators a penalty in Tuesday night’s game against the Detroit Red Wings.

The NHL issued a statement Wednesday announcing that Peel would no longer be working for the league after he was heard on the Nashville broadcast saying he intended to issue a penalty shortly after calling Predators forward Viktor Arvidsson for stumble in the second period.

CROSBY, WILSON EXPECT ‘SOME CLARITY FROM THE NHL OVER THE HITS

“It wasn’t much, but I wanted to get a goddamn penalty against Nashville early in the -” Peel said before the mic was cut off.

“Nothing is more important than ensuring the integrity of our game,” said Colin Campbell, senior executive vice president of hockey operations. “Tim Peel’s conduct is in direct contradiction to adherence to that fundamental principle that we demand of our officials and that our fans, players, coaches and all those associated with our game expect and deserve.”

Campbell continued: “There is no justification for your comments, regardless of the context or your intent, and the National Hockey League will take any and all steps necessary to protect the integrity of our game.”

The Predators beat the Red Wings 2-0 despite the hiccups. When asked about the incident after the games, Nashville coach John Hynes said he wasn’t looking for an excuse.

“I think the situation is what it is. I think from our perspective, it probably doesn’t matter how I feel about it, in general, but the umpires are employees of the league, and more than I comment, I think it’s an issue that the league will have to attend. “

He continued: “You always want to have things that are fair for your players and for your team … We have to find a way to kill the penalty and control what we can control.”