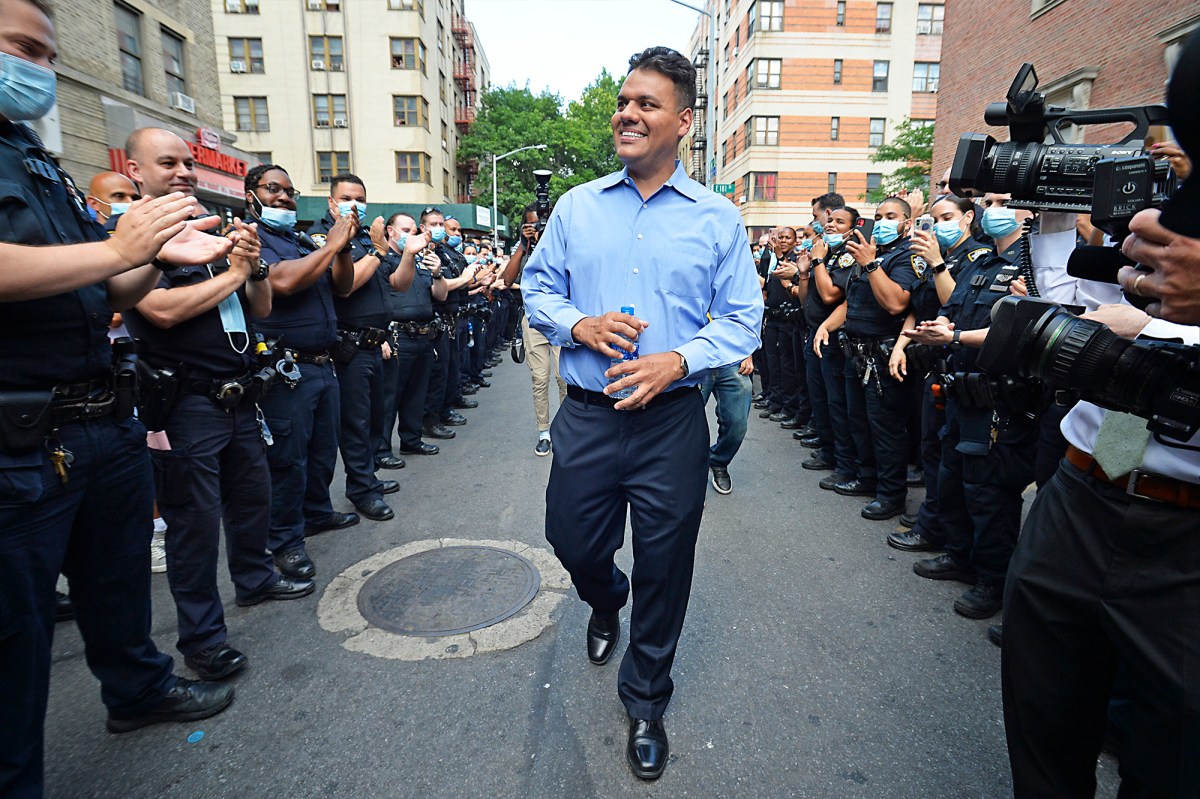 The chief of the New York police constituency who withdrew in protest this week criticized politicians for wanting to “vilify” police officers during a scandalous final strike celebration at his Bronx station home on Friday.

Deputy Inspector Richard Brea got into a restored classic police car around 3 p.m. after the celebration in front of Enclosure 46, which featured a flying NYPD helicopter and NYPD pipers.

In a speech at the ceremony, Brea criticized politicians for failing to endorse police officers amid protests across the country against police brutality.

“His blood is on the concrete of every corner, but these politicians don’t want to remember that. They want to blame and vilify everyone present. I won’t have that. No sir.”

“We have a duty and a responsibility to respect and guide other police officers,” he added.

He also heaped praise on his fellow officers in his compound.

“My family 46, the Alamo, I love you man,” he added, using a nickname for the compound that covers neighborhoods in the West Bronx.

After his comments, he shook hands with his officers and posed for photos as the crowd cheered and applauded him. Then he got into the old police car and walked with a shotgun as the driver made a ceremonious trip around the block.

Brea turned in her retirement documents after almost three decades on the force because department heads were not giving her proper instructions on how to dispose of guns and drugs in the Fordham neighborhood on campus, Curtis Sliwa, founder of Guardian. Angels, he previously told the Post.

Brea had complained that with the reassignment of his crime officers, he had been put in a position to explain to the brass department why arrests at his compound had fallen at a CompStat meeting this week.

“I will be more than happy to come to CompStat and receive a beating, but I am not receiving guidance,” Brea allegedly told Sliwa.

Police Commissioner Dermot Shea announced last week that he was dissolving the unit because he was responsible for a “disproportionate” percentage of complaints and shootings.

Earlier Friday, Mayor Bill de Blasio suggested that police officers had reason to be frustrated with the criminal justice system, but not because of the reforms implemented by the department.

“The NYPD has a tremendous history of making adjustments,” de Blasio said. “Adjustments are being made as we speak. The choice of the crime unit was correct. “

“We are at a time when there are many challenges.”