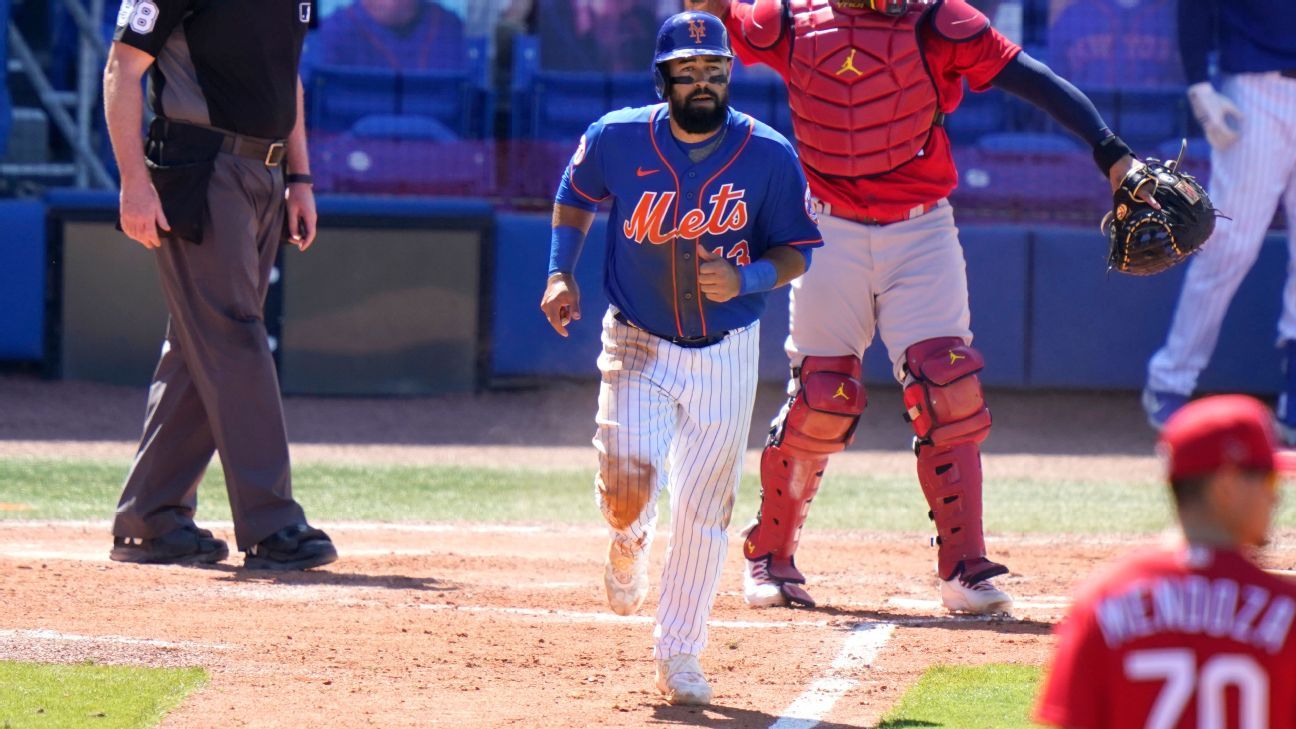 To say that New York Mets shortstop Luis Guillorme walked in the fifth inning would be an understatement.

After falling 0-2 on the count to right-hander Jordan Hicks of the St. Louis Cardinals, Guillorme worked a 22-pitch at-bat to take a free path to first.

Guillorme fouled 16 pitches, including nine in a row before hitting the 4-Ball, and it wasn’t easy. He saw 10 pitches that were 99 mph or more during the entire at-bat, based on pitch tracking data.

“It’s very good,” Guillorme said. “I’m happy I was done with the hike because if it had gone out it wouldn’t have been fun for me. All that work for nothing. But, you know, it’s really good.”

It was a poor welcome back to the mound for Hicks, who was facing his first hitter since 2019. The 24-year-old reliever underwent Tommy John surgery in 2019 and opted out of the 2020 season. Hicks was eliminated after the Guillorme’s turn at bat.

The inning wasn’t much better for the rest of the Cardinals pitching staff, as the next two hitters after Guillorme were hit, as was a third batter in a fifth of five runs for the Mets.