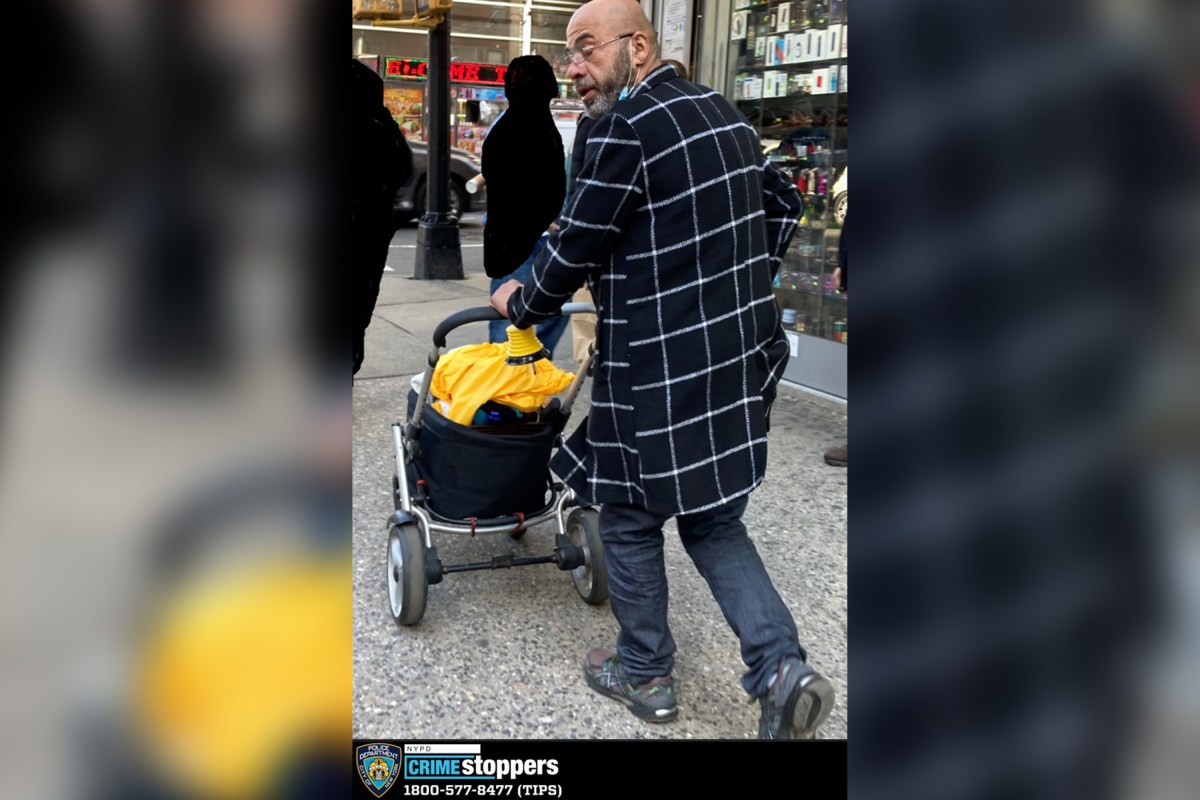 A man has been charged with hate crimes after allegedly harassing a 65-year-old Asian woman with racial slurs in Midtown, in the latest bias crime against the vulnerable community.

When the victim turned around to face the torturer, Eli’s attacks turned racial, according to sources.

“Why do you have blue hair, bh?” the man asked, as he continued to reprimand her, sources said.

The bald and bearded suspect also waved an unidentified object at the victim while pushing a stroller filled with “unknown objects,” police said.

Eli was arrested after the woman took a photo of him on her phone, according to authorities.

The NYPD has recorded a 1,300 percent increase in hate crimes against Asian Americans since the coronavirus pandemic began.