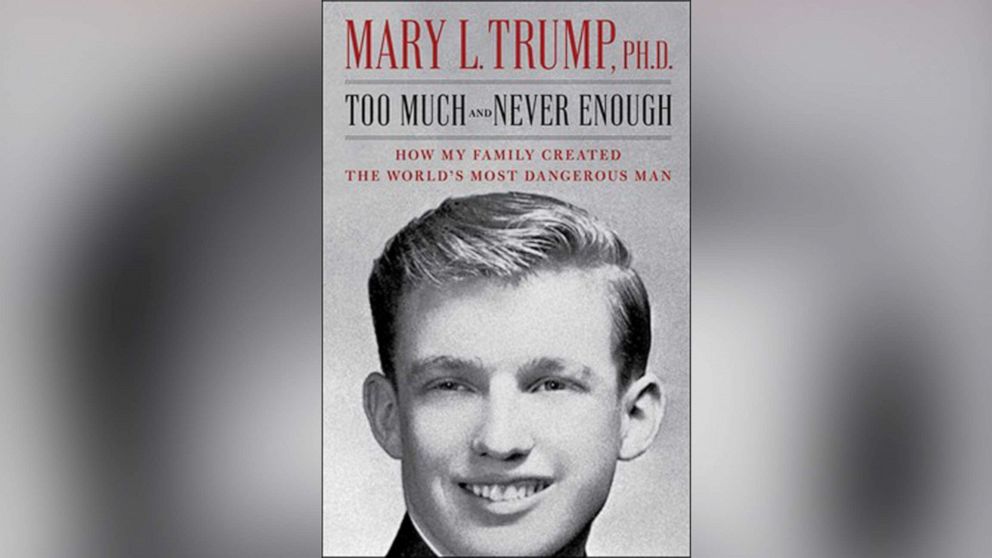 It is scheduled to be published by Simon & Schuster on July 28.

According to a description of the book on Amazon, “it describes a nightmare of trauma, destructive relationships, and a tragic combination of neglect and abuse. It explains how specific events and general family patterns created the damaged man who currently occupies the Oval Office.”

This was the second time that Robert Trump, the President’s younger brother, attempted to stop publication of the book. The first attempt, at Queens Surrogate’s Court, where the estate of the president’s father was settled, failed when the judge said the result would not affect estate administration “a pinch.”

While the Substitute Court was not the place for the Trump family to seek a court order, the judge said the family could try again in the State Supreme Court, which Robert Trump did, in Dutchess County, north from New York City.

“The actions of Mary Trump and Simon & Schuster are truly reprehensible. We look forward to vigorously litigating this case, and we will seek the maximum remedies available by law for the tremendous damages caused by Mary Trump’s breach of contract and the intentional interference of Simon & Schuster with that contract. In the absence of corrective measures to immediately stop his heinous conduct, we will follow this case to the end, “Harder said in a statement.

“This book, which addresses issues of great public interest and importance about an incumbent president in the election year, should not be suppressed for even a day,” said Ted Boutrous, who represents Mary Trump, in a statement to ABC News. .

The judge ordered each party to file documents in the next seven days so that they can make a decision on granting a permanent court order before the scheduled publication date of July 28. Both a representative of Simon & Schuster and a lawyer for Mary Trump told ABC News that they intend to appeal the ruling.