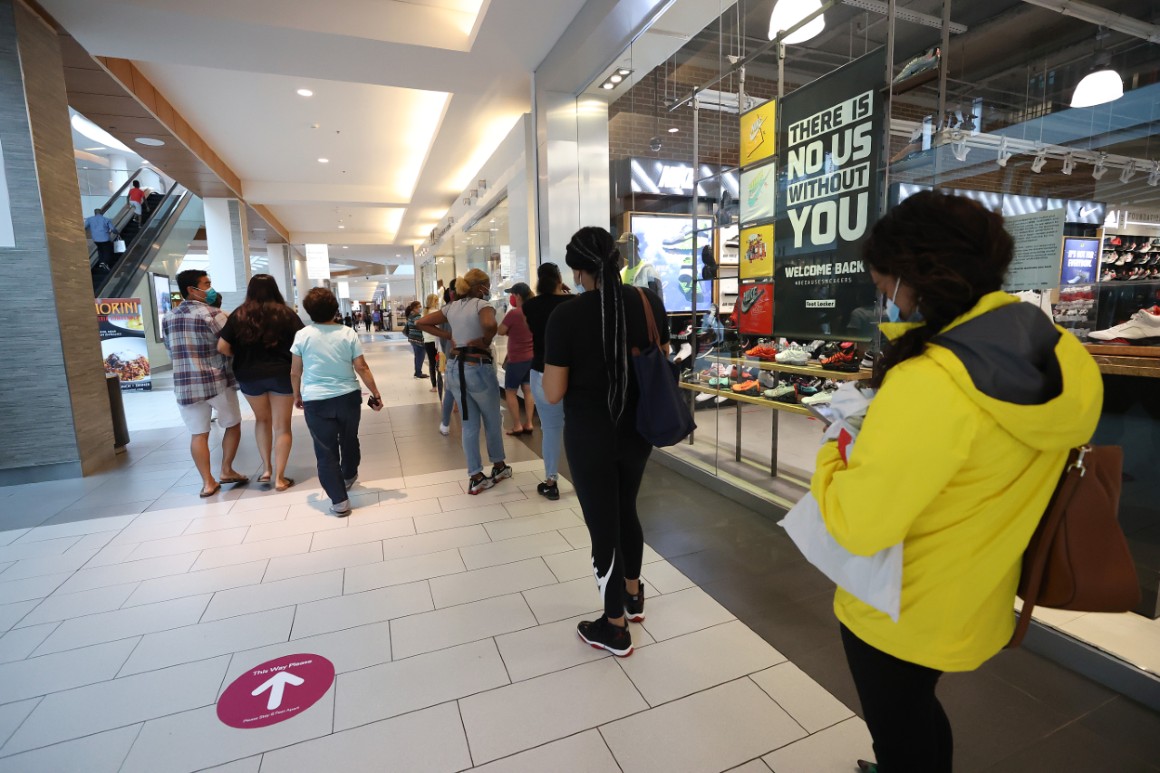 NEW YORK – The city has seen a jump in coronavirus infections among young adults as it tries to prevent a further surge in the virus that is reaching new heights in much of the country.

The infection rate has especially increased among New Yorkers in their 20s since mid-June, Mayor Bill de Blasio said Monday. There has also been a minor increase among people in their 30s.

While the total number of new infections has decreased dramatically since the height of the outbreak, which has killed more than 23,000 people in the city, authorities called the recent increase among young adults a warning sign that people in that age group should be cautious even as the city gradually reopens its economy.

“We can never ignore a warning sign,” de Blasio said. “Although overall we have seen a large reduction in the presence of the coronavirus in the city, we do see a worrying trend for young adults.”

Since the beginning of June, hundreds of thousands of New Yorkers have returned to work as parts of the economy reopen. Restaurants and bars have welcomed customers outdoors, and many people have reunited with friends again. Protests against police violence have also swept the city, drawing large crowds.

“I understand that for so many younger adults, it has been a really difficult time: locked up, disconnected, away from loved ones … and I understand that people just want to get out of it,” de Blasio said. “I think a lot of us can remember when we were in that age range, it feels too often impervious, but everyone is susceptible to this disease. And of course, everyone could unfortunately pass it on to someone they love.”

The city plans a digital media campaign to encourage young people to maintain social distance and will host an outreach night at popular outdoor venues.

“We are going to do everything we can to reach younger adults to remind them that they are not waterproof,” de Blasio said.

The city also released a new guideline that urges all New Yorkers to wear masks when indoors in a space where there are other people, even if they can keep six feet away from others.

The city has generally encouraged people to wear masks when they are in public, but an order from Governor Andrew Cuomo makes it mandatory only when six feet of social distance cannot be kept.

The new formal guide says that masks should be used in all interior spaces, where science has increasingly shown an increased risk of disease transmission, such as an office, even if desks are more than six feet away.

“Facial covers have made a big difference in the fight against this disease,” said de Blasio.

The possible warning sign came even as New York City marked its first day since March with no confirmed or probable Covid-19 deaths.

There were no deaths recorded Saturday, for the first time since March 13. The total number of deaths from the virus in the city is 23,283.

“It is something that should make us feel optimistic, but it is very difficult to take a victory lap because we know that we have much more ahead.” This disease is far from being overcome, ”said de Blasio.

The city also announced ten new coronavirus testing sites, but acknowledged that its testing effort has been hampered by an increase in the time it takes for results to return. Many New Yorkers now expect results of a week or more, undermining the drive to isolate people if they test positive. The delays are attributed to national laboratories overwhelmed by demand for tests across the country.

De Blasio asked President Donald Trump to invoke the Defense Production Law to force an increase in the laboratory’s capacity.

“The federal government has to step up now, because it is now turning into a national crisis,” de Blasio said.

In the latest data, 56 people were admitted to hospitals for Covid-19 symptoms, ICUs in public hospitals were treating 279 patients, and 2 percent of coronavirus tests were positive.