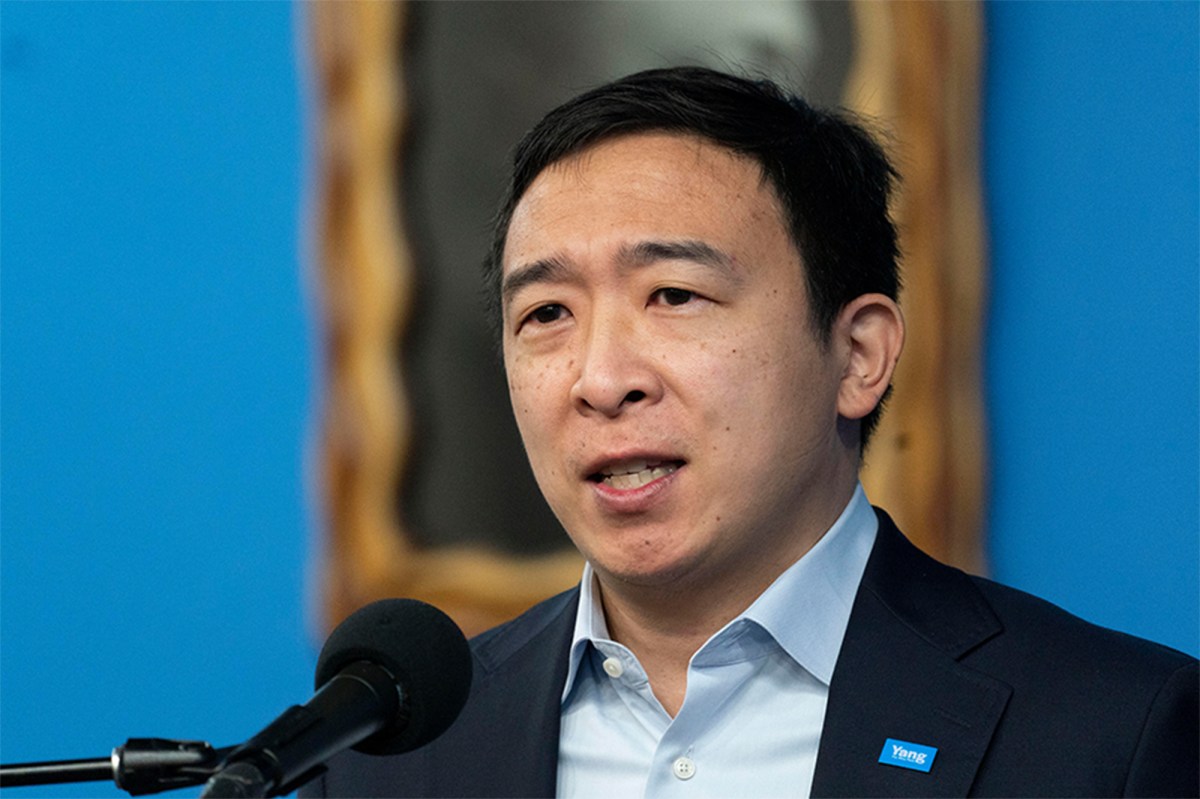 Is Andrew Yang getting interesting? The mayoral leader has lately developed a habit of making sensible, if fairly broad, suggestions for ruling Gotham, and he’s driving his rivals crazy. Yang hasn’t shown he’s ready for mayor, but his competitors’ wild responses to even the most obvious ideas show that they aren’t.

Yang’s least interesting or constructive idea is his main theme: universal basic income. Last year, he ran for president by giving every adult in America $ 1,000 a month. The idea is to give the poor the option to choose what to do with their money, rather than giving them vouchers for housing, food, etc. The RBU gives everyone else a weapon against wage stagnation and job automation and offshoring.

The Big Apple cannot give every adult $ 1,000 a month. It would cost $ 80 billion a year, beating tax revenue. So Yang offers a simplified version of his “universal” plan: $ 167 a month for the poorest half a million New Yorkers. But it never explains the key details.

However, ignore the RBU and Yang has other helpful ideas. Last week, he suggested that the city not raise taxes on top earners, as it could drive them away. “If you raise taxes. . . where people actually vote with their feet and head to Florida, then you’re not meeting the goal of politics, ”he told the Association for a Better New York.

Yang suggested, too, that the city consider incentives to attract suburban workers who have been away from their desks in Manhattan for a year to give them another chance to travel. It’s also worth a try: why not give people vouchers to take the commuter train, with expiration dates in a couple of months, for the bored at home to try a trip to the city? (Yang’s rival and city comptroller Scott Stringer, unsurprisingly, accused him of practicing “Municipal Reaganomics.”)

Yang also suggested that Mayor Bill de Blasio not spend all of the $ 6 billion in aid money we are receiving from the feds. Since the city could face years of deficits, Yang said, it would be wise to walk away to 70 percent.

This is sensible, but another rival, De Blasio’s former legal counsel Maya Wiley, attacked him. “Our city deserves a serious leader, not a mini-Trump,” its spokesman said. Hey?

Brooklyn Borough President Eric Adams didn’t need a political reason to approach Yang. At an event where he accepted union endorsement, where he should have been in a good mood, Adams said that “people like Andrew Yang” “have never had a job in [their] Entire life. . . . you are not going to come to this city and think that you are going to ignore the people ”.

Yang is a lawyer. He has worked in startups, ran a school testing company, and founded and ran a nonprofit that trains people to be entrepreneurs in troubled cities. He has always had a job. And he has lived in New York for a quarter of a century.

What is behind the attacks is that insiders are increasingly fearful of outsiders.

The insider’s bet is that Yang’s favorite status will disappear as voters pay attention. Yang has about 16 percent of the vote, closely followed by Adams. Half of the voters remain undecided.

But the idea that people will suddenly learn who Stringer and Adams are and get excited about them is pretty tenuous. And as the latest Fontas Advisors survey shows, surely people (85 percent) know who Yang is.

But they also know who Stringer and Adams are, at 64 and 62 percent. Wiley, at 42 percent, has room to introduce himself. The others do not.

Stringer and Adams also face the threat of other candidates with little recognition. Ray McGuire was a career investment banker; Kathryn García headed the Sanitation Department. Only a third of voters know who they are. As voters learn, they may like what they see, cutting off the undecided.

The final wild card: voting by ranking. Sure, Adams and Stringer could fight each other for a few votes, only to see that they all split their first choice among themselves, then chose Yang, the good-natured assistant to the Yankees game, as their second choice, putting him on top.

Yang’s critics are not entirely wrong – he demonstrates an unpleasant unfamiliarity with city government, and some of his ideas, like building a casino on Governors Island, are just plain weird and silly. But for voters who want change in a crisis, their main known rivals are too familiar with the government.

Nicole Gelinas is a contributing editor for City Journal.