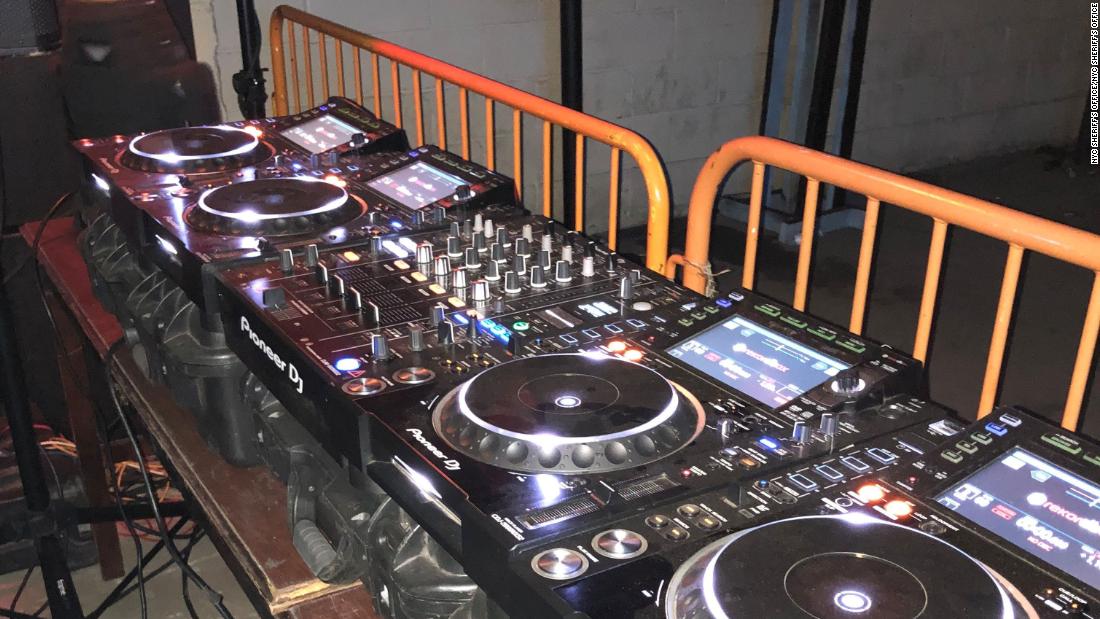 Agents entered the building early Sunday morning where they found 142 customers dancing and drinking alcohol without masks or social distancing, according to the statement.

Sheriff’s deputies conducted surveillance at the Irving Avenue property after receiving information about a possible rave Saturday night, the agency said in a news release.

“Agents observed a high volume of customers entering a commercial warehouse with the security door lowered halfway. Agents could also hear loud music emanating from the warehouse,” he said.

The sheriff’s office said they were all removed from the building without a problem.

Two security guards and a DJ received appearance tickets for violating the Mayor’s and Governor’s Executive Orders, health code violations and unlicensed security guard activities, according to the statement.

He said the warehouse did not have a New York State liquor license and there was no certificate of occupancy on file with the Department of Buildings.

New York and other cities have had ongoing problems with events that violate Covid-19 restrictions.

A celebration in Queens had more than 300 patrons, who were “drinking alcohol, singing karaoke and dancing.” The congregants were unmasked, according to the sheriff.