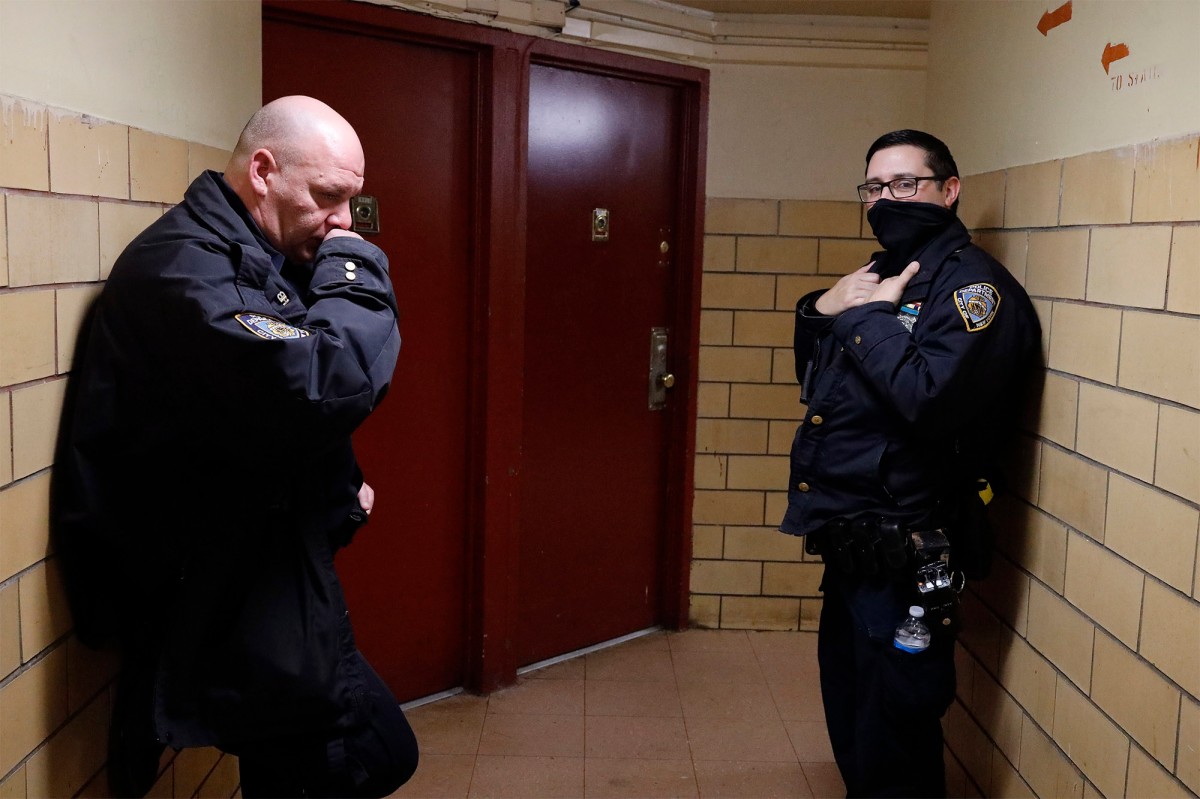 The 10-year-old boy who was found beaten to death in his family’s Harlem apartment was “a little angel” who never made a “peep,” neighbors told The Post on Sunday.

The boy was found with “severe trauma” throughout his body at his home in the Casas de San Nicolás on Saturday afternoon, with signs of new and old injuries, including possible sexual abuse, police and law enforcement sources said.

“I can never forget this,” an excited police officer who responded to the scene told The Post on Sunday. “That boy went through a lot. It wasn’t the first time, and it didn’t just happen yesterday, ”the officer said.

The boy’s stepfather told police he heard a knock on the family’s front door around 2 p.m. and when he opened it, he found the boy unconscious and sitting leaning against it, according to sources. The boy’s mother called 911 when his stepfather soaked him in cold water in an attempt to revive him, sources said.

The boy he was pronounced dead at Harlem Hospital. No one has yet been charged in the case.

A family member of the victim told The Post at a vigil outside his building Sunday afternoon that the boy was “super smart, super smart” and a “happy” kid who loved video games.

The relative, who only identified herself as Jennifer A., ​​42, said she was the cousin of the boy’s 30-year-old mother and that “that boy was everything to [his mother].

“I have never seen bruises or scratches on him. My heart really hurts, ”Jennifer said.

Neighbors in the building said the boy was behaving well.

“Not a peep,” said a neighbor when asked about the tragic young victim. “The boy never makes any noise. All you say is “stop” and he freezes like a statue. A little angel.

“It makes my stomach turn,” said the woman, who asked not to be identified.

“They belong to hell,” he added about whoever hurt the child.

Another neighbor, Destiny Rogers, told The Post on Sunday: “Yesterday around noon, I was hanging out with my nephew and I heard a man, his voice was raised, he was yelling at someone,” referring to the noise coming from the dead. . child’s apartment.

“I can hear [the male voice] say, ‘Down!’ and ‘Calm down!’ I thought you were arguing with a partner.

“I grew up hearing things like that,” Rogers said. “I never thought …

“I wish I had stayed in the hall longer,” he added. “It would have caught my father’s attention. He would have knocked on the door.

“It hurts,” Rogers said of the tragedy. “I do not know what to say. I can’t believe what happened to that boy. Last night I slept for two and a half hours. “

Neighbor Judynell Groce, a retired teacher, added: “He was kind of an introverted kid. When his mother spoke to him, it was almost scary.

“When the mother spoke to him, he would clench his fists and keep quiet. She would be a bit loud and use some profanity on him. I never saw a man or a father with them. They have been here for almost 3 and a half years, ”Groce said.

“As a city school teacher for over 30 years, I have met some abused children. I listen to hear what is said. No judgment. With today’s world, this doesn’t surprise me. “

The city’s medical examiner will conduct an autopsy on Sunday.