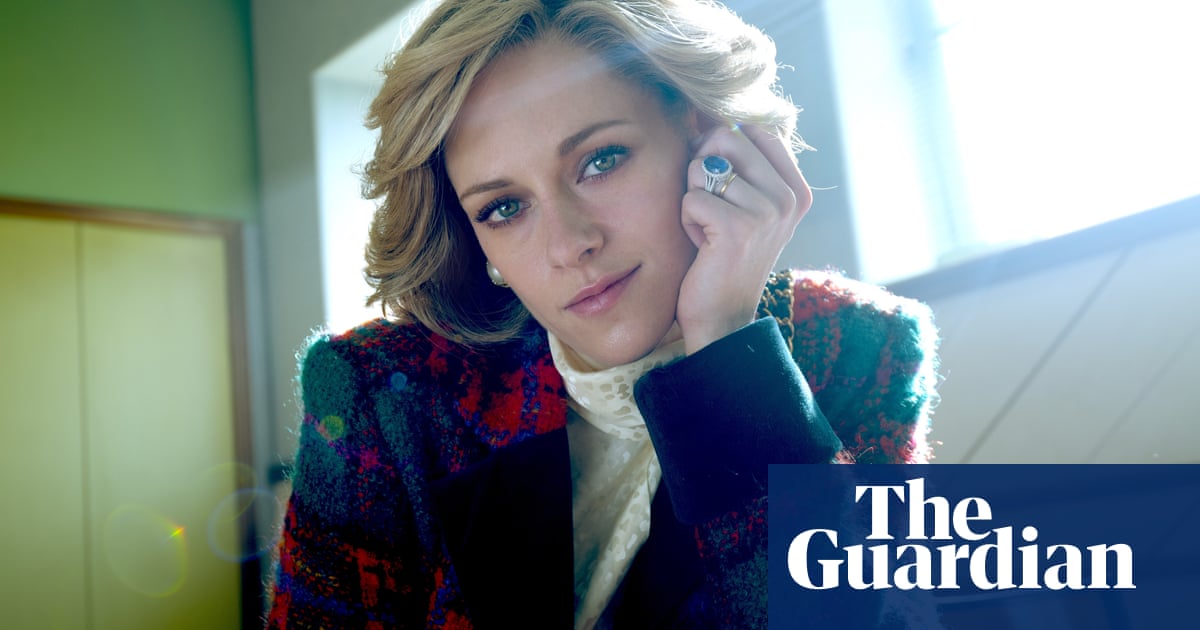 A new image of Kristen Stewart has been released as Princess Diana, as filming for the upcoming biopic Spencer moves to the UK.

In the photograph, Stewart is smiling directly at the camera, sporting a prosthetic nose and layered blonde bob, as well as a tartan blazer and diamond engagement ring that appear to be copies of those worn by the real woman.

The film’s fall release follows rave reviews of Netflix’s most recent season of The Crown, in which Emma Corrin played the princess and won a Golden Globe for her performance, as did Josh O’Connor as Prince Charles.

The actor who will play Prince Charles in the new film will be Jack Farthing, better known as the baddie George Warleggan in the BBC’s Poldark. Farthing, 35, also played John Lennon on the ITV series Cilla Black and appeared on The Riot Club, the big screen version of the play Posh.

The film’s script is by Steven Knight from Peaky Blinders and the soundtrack by Jonny Greenwood from Radiohead.

Spencer takes place over the course of a decisive weekend in December 1991, during which Princess Diana spends the Christmas holidays with the royal family in Sandringham and decides to leave her marriage to Prince Charles.

“The marriage of the Prince and Princess of Wales has long cooled off,” a press release reads. “Although rumors of affairs and divorces abound, peace is in order for the Christmas festivities at Sandringham Estate. There is food and drink, shooting and hunting. Diana knows the game. This year, things will be very different. “

It is the first feature film about the princess since the much-derided 2013 Diana, starring Naomi Watts and labeled “car accident cinema” by The Guardian’s Peter Bradshaw.

Stewart described Spencer in a statement as “an immersion into an emotional imagination of who Diana was at a fundamental turning point in her life.”

Filming was taking place in Germany but has moved to the UK. The film is scheduled to open this fall.