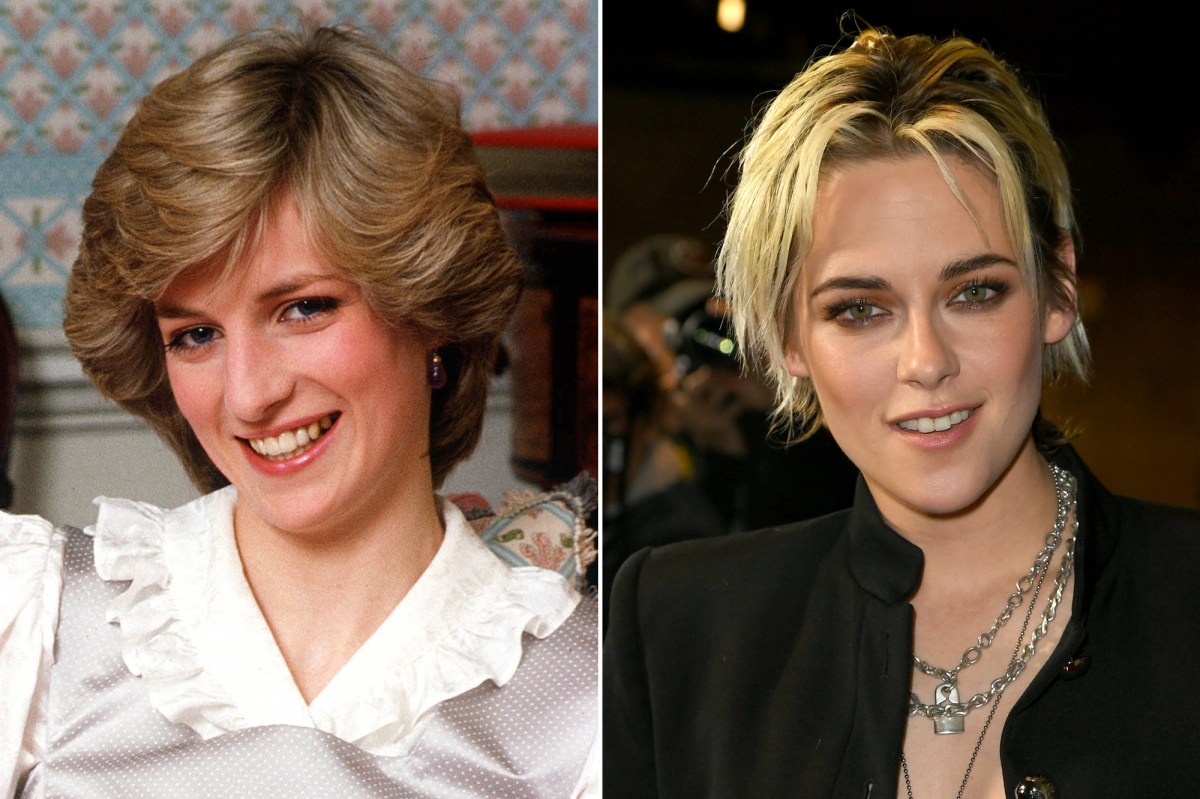 This resemblance may be your crowning glory.

The production has released a new photo of Kristen Stewart playing Princess Diana in her upcoming movie “Spencer.”

In the picture, Stewart, 30, is seen with a soft smile as she poses with a short blonde lock identical to that of the late Lady Di.

The “Twilight” actress wore a plaid jacket over a cream turtleneck and a sparkling blue ring that looked identical to the royal sapphire and diamond engagement ring she received from Prince Charles.

Production on the Pablo Larraín-directed film moved to the UK for the final leg of filming, according to Deadline, after much of the film was shot in Germany.

The film centers on a weekend in December 1991 where Princess Diana spent Christmas with the royal family and subsequently decides that she is going to end her marriage to Prince Charles, who will be played by the “Poldark” star , Jack Farthing.

The film will star Timothy Spall, Sally Hawkins and Sean Harris, although their roles have yet to be announced by the production.

The first photos of Stewart dressed as Princess Diana were published in February. She was seen wearing the same outfit as in the just released image.

Stewart’s plaid jacket is meant to resemble a Catherine Walker design that Diana wore during a November 1988 visit to the Château de Chenonceau in France.

Prince Charles married Lady Diana Spencer in 1981, earning him the title Diana, Princess of Wales. Together they welcomed their sons, Prince William, Duke of Cambridge, in 1982; and Prince Harry, Duke of Sussex, in 1984.

The couple finally divorced in 1996: Prince Charles remarried Camilla Parker Bowles in 2005. Princess Diana tragically died in a car accident in 1997 when she was only 36 years old.

The film is expected to be released in the fall of 2021.