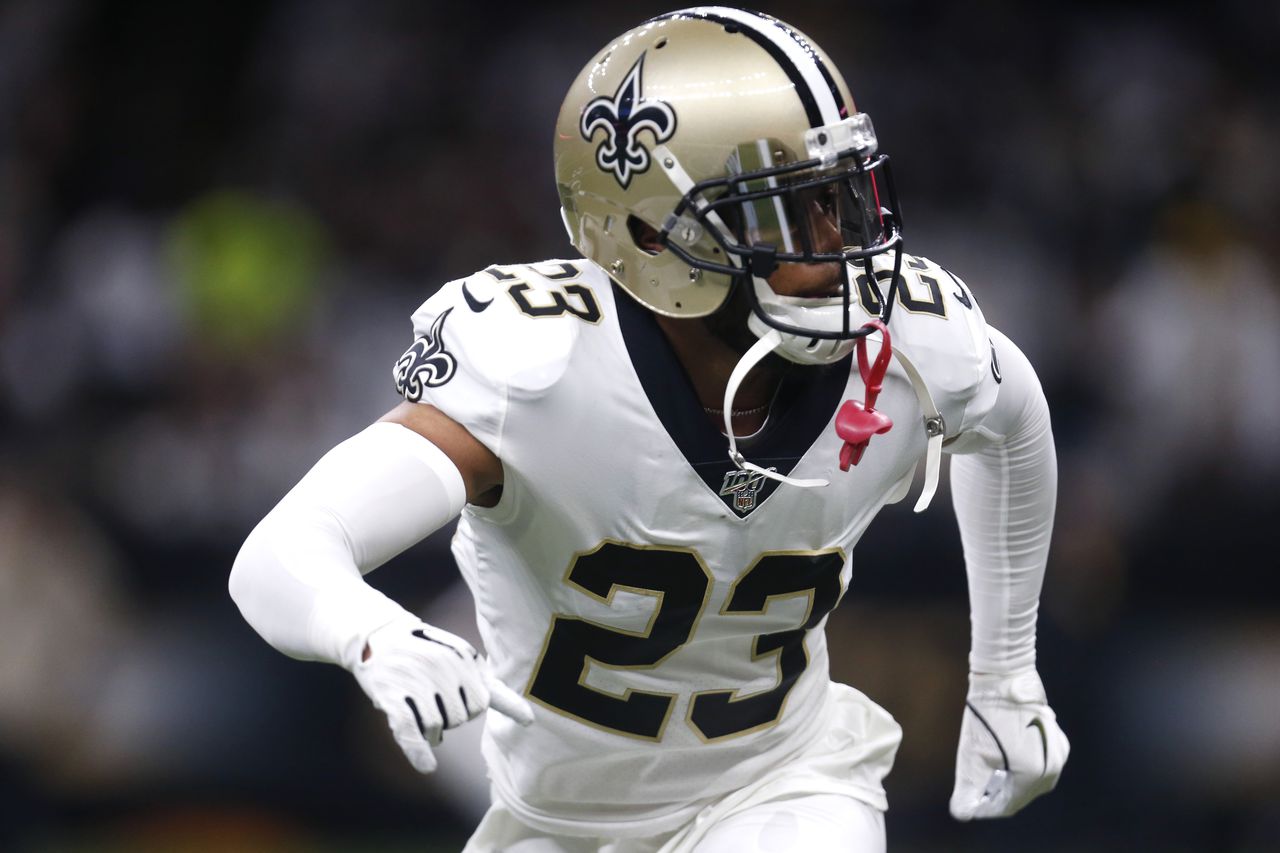 CLEVELAND, Ohio – New Orleans Saints cornerback and Cleveland native Marshon Lattimore was arrested Thursday night in Cleveland, according to three sources with knowledge of his arrest.

The 24-year-old was arrested on suspicion of receiving stolen property, according to sources. Jail records confirm that Lattimore was booked into the Cuyahoga County Jail on the charge. Lattimore has not been formally charged.

Details of his arrest have yet to be released.

Lattimore is a three-time Pro Bowl selection and 2017 Defensive Rookie of the Year. He performed at Glenville High School and Ohio State University before the Saints drafted him in the first round of the 2017 NFL draft.

This is a breaking news post and will be updated.