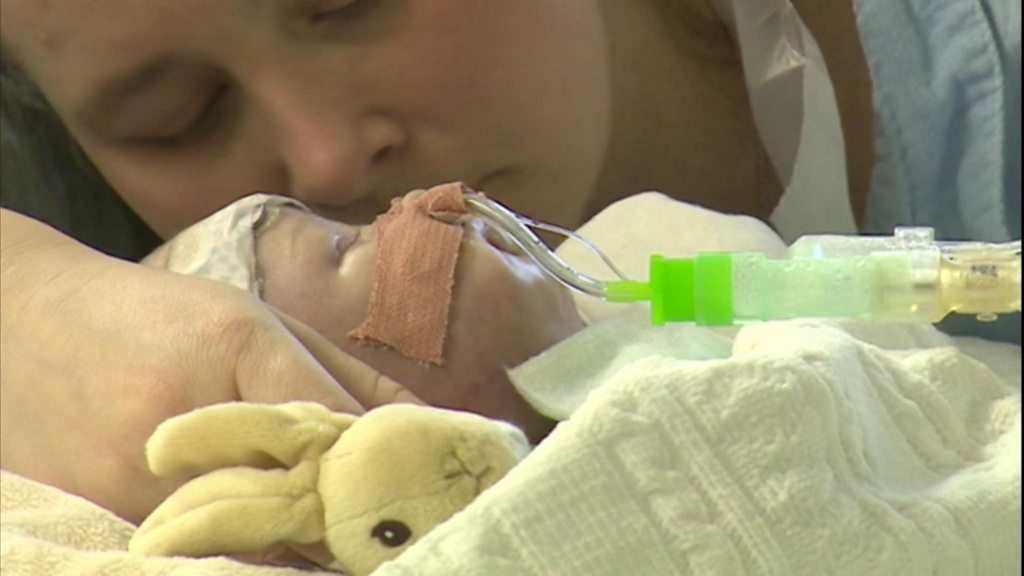 The youngest patient on the transplant waiting list in the UK, a baby of eight weeks, he has received a new heart

Last month he launched a European appeal to help Charlie Douthwaite, who was born with half a heart.

The young man, who suffers from hypoplastic left heart syndrome, underwent a nine-hour operation at the Freeman Hospital in Newcastle.

His mother, Tracie Wright, thanked the donor family for giving Charlie "a second chance at life."

"They have given my baby a second chance in life and for that I will be eternally grateful," she said.

"His skin color is amazing: he was so blue all the time to be so rosy and peachy … Perfect

In a previous Facebook post, he said: "Hi, I just wanted everyone to know that Charlie received his heart and got the transplant.

" He has not sunk into that, some amazing place the family gave us that incredible and priceless most precious gift that could ever be given, in their darkest moment they still thought of someone else.

"They are such special people.

" Thank you, simply, it does not seem like a word big enough to tell you.

"It's been fine so far, we could not be more proud of him, he's a real-life hero, our little warrior."

Charlie had to undergo open-heart surgery when he was three days old after being born with a weight of 6 lbs. 5 oz at the Royal Victoria Infirmary in Newcastle.

Dr. Zdenka Reinhardt, a cardiologist at Freeman Hospital, said he had been "extremely lucky considering his condition and size."

Doctors expect him to be well enough to leave the hospital in the new year.