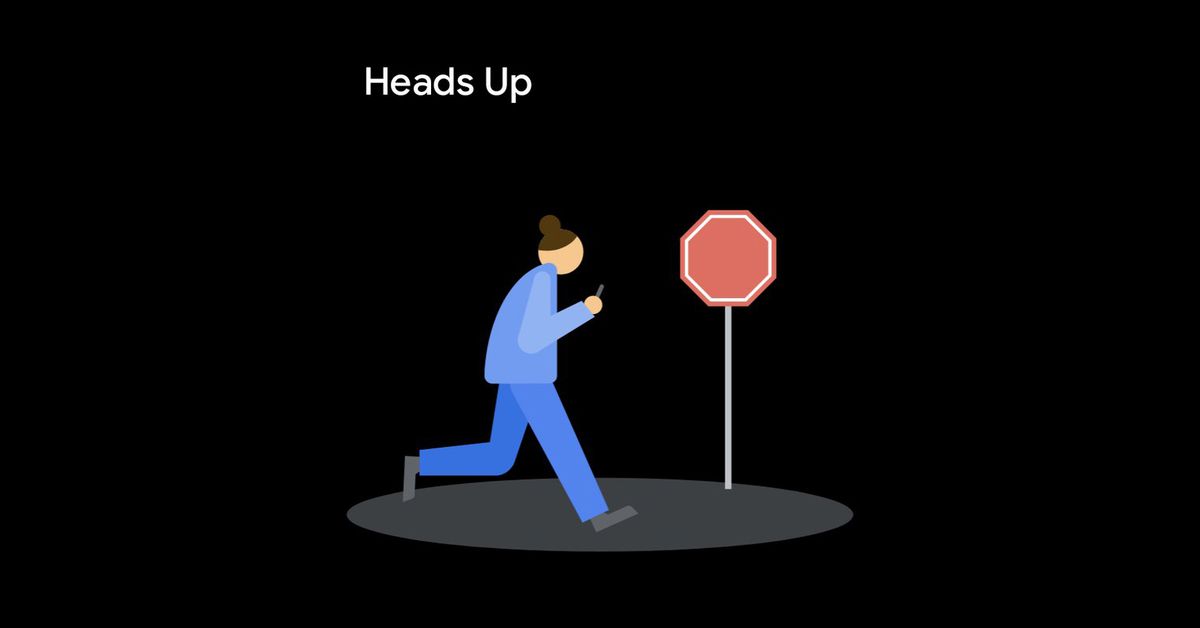 Android’s Digital Wellbeing service is getting a new “Heads Up” feature, which will ask users to stop looking at their phones while walking. XDA Developers reports. It seems the function is being implemented in beta of the Digital Wellbeing app and a Twitter user reports that they receive the feature on their Pixel 4A device.

“If you walk while using your phone, get a reminder to focus on your surroundings,” says the Heads Up settings page. Reminders include short notifications with instructions such as “Watch your steps,” “Stay alert,” and “Watch up “, judging from the removal of an app last year 9to5Google.

“Use it with caution. Heads Up is not a substitute for paying attention, ”Google says despite the obviousness of such advice. However, the function seems necessary, as distracted walking becomes increasingly dangerous.

Digital Wellbeing is a service built into some Android phones to help manage your usage. It can be used to set limits on the amount of time you spend on specific apps, or set a “bedtime mode” so a phone is less distracting late at night, for example.

XDA Developers reports that Heads Up appears to be coming to Pixel phones first. We have contacted Google to find out more about the launch.