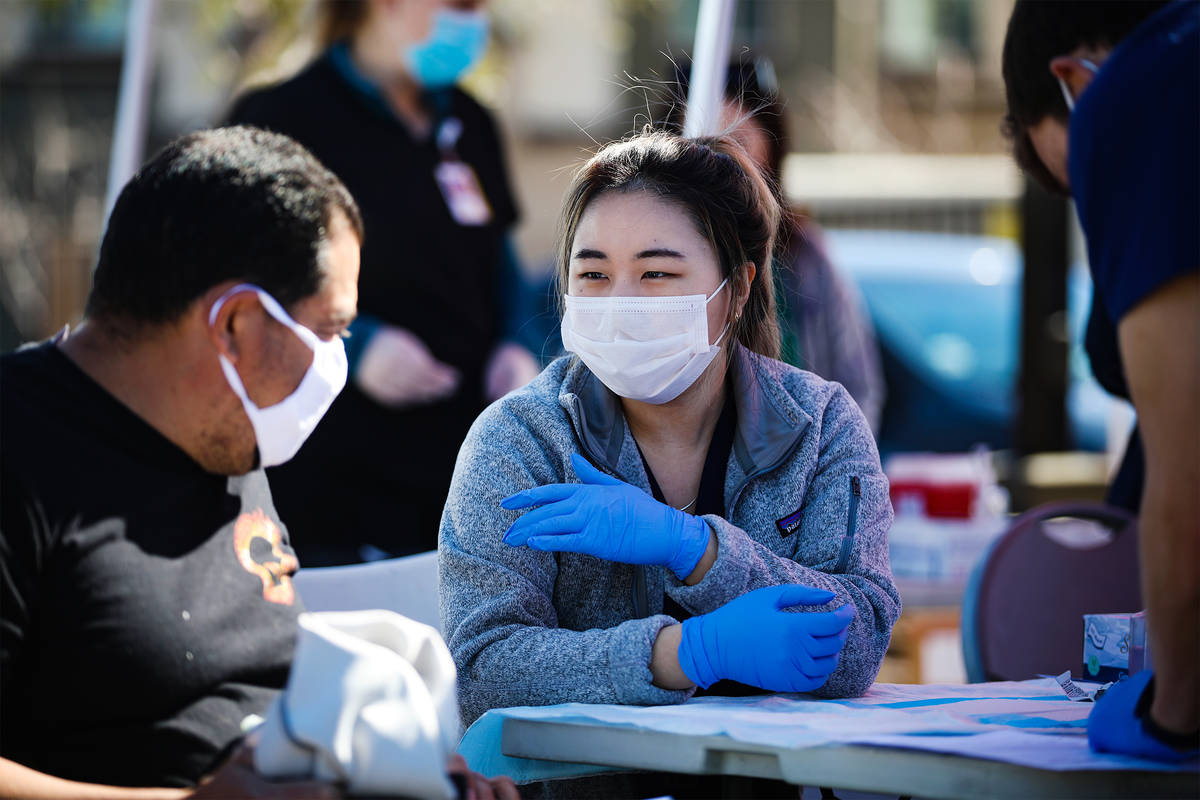 Nevada reported 444 new coronavirus cases and 12 additional deaths Thursday, according to data from the Department of Health and Human Services.

Updated figures posted on the state’s coronavirus website brought a total to 302,171 cases and 5,215 deaths since the pandemic began.

Although daily increases in cases have declined recently, Thursday was the largest increase in new cases in a day in nearly two weeks, since 858 new cases were reported on March 12, according to records kept by the Review-Journal.

However, both averages continue to trend downward that began in mid-January.

State and county health agencies often redistribute daily data after it is reported to better reflect date of death or onset of symptoms, so moving average trend lines often differ from reports daily and are considered better indicators of the direction of the disease. outbreak.

The state’s two-week positivity rate, which essentially tracks the percentage of people tested for COVID-19 who are infected, dropped 0.1 percentage point to 4.5 percent.

There are 273 people in Nevada hospitalized with confirmed or suspected COVID-19 cases, 28 fewer than the day before, according to state data.