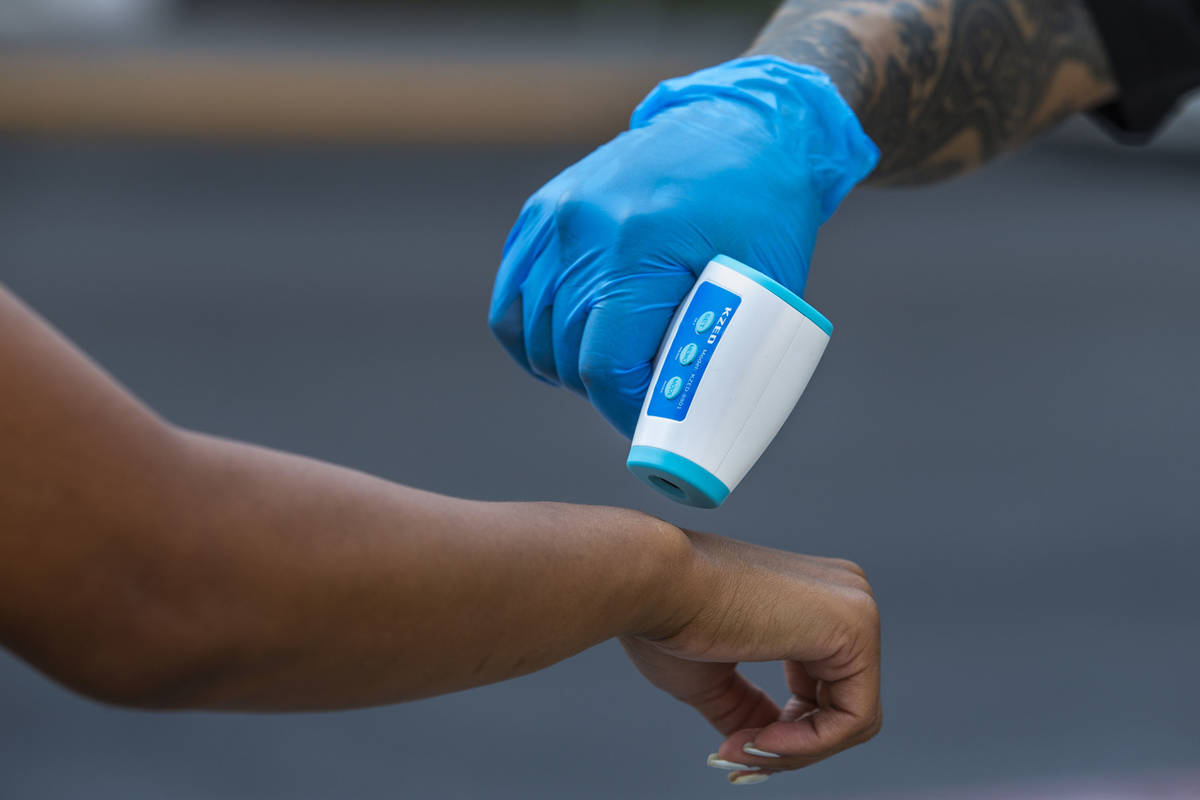 Nevada reported 226 new cases of COVID-19 and 26 additional deaths from the disease the previous day, according to state data posted on Tuesday.

The updated data posted by the Department of Health and Human Services on its nvhealthresponse.nv.gov website brought the state’s case total to 74,040 and the death toll to 1,482.

The state’s cumulative transition or positivity rate remained unchanged at 11.46 percent for the third straight day.

The rate calculated by the Review-Journal, which confirmed cases divided by the number of people tested, has decreased every day or remained unchanged, but since September 4, when it was 11.63 percent.

Public officials say the decline is a better measure of the outbreak trend than the number of new cases or deaths, indicating that the disease due to the new coronavirus has not been spreading rapidly in recent weeks.

Tuesday’s report at the hospital of suspected and confirmed COVID-19 patients increased a total of 483 for the second day, but is down significantly from the 1,165 patients reported on 31 July.

Testing for COVID-19 has recently dropped from the high levels observed in late July and early August, and the number is usually lower in the week as fewer trials are processed over the weekend. But Tuesday’s update was even lower than those standards, with 2,538 tests down from the previous week’s average of about 6,121.

According to data from the Southern Nevada Health District, new cases of COVID-19 in Clark County remained below the average level in recent weeks, taking the number to 140, but the death toll rose to 25.

The numbers posted on the district’s coronovirus webpage brought the total case count for the county to 62,952 and the death toll to 1,287. The district estimates that 58,265 people have recovered from those who contracted the disease caused by the new coronovirus.

Where to be tested for COVID-19 in Clark County

Most of the people who contract respiratory disease develop mild to moderate symptoms, and some people see without any symptoms. But some at-risk populations, particularly older individuals and those with underlying health issues, are susceptible to serious complications that can lead to death.

For example, in Clark County, people 50 and older have about 30 percent of COVID-19 cases, but more than 92 percent of deaths.

Statistics on underlying health conditions are not as clear cut, as it is often not determined whether a patient has other health issues.

Nevertheless, data from the Health District show that 805 deceased COVID-19 patients in Clark County, or 66 percent of the total deaths, had a serious health condition. Of the remaining 427, there are no known underlying health conditions, only 79 were classified as “historically healthy” by the health district.

This does not mean that COVID-19 is being listed improperly because the cause of death in such cases was a role in underlying health conditions. Medical experts say the virus can trigger a series of reactions that ultimately affect the body’s rescue and result in death.