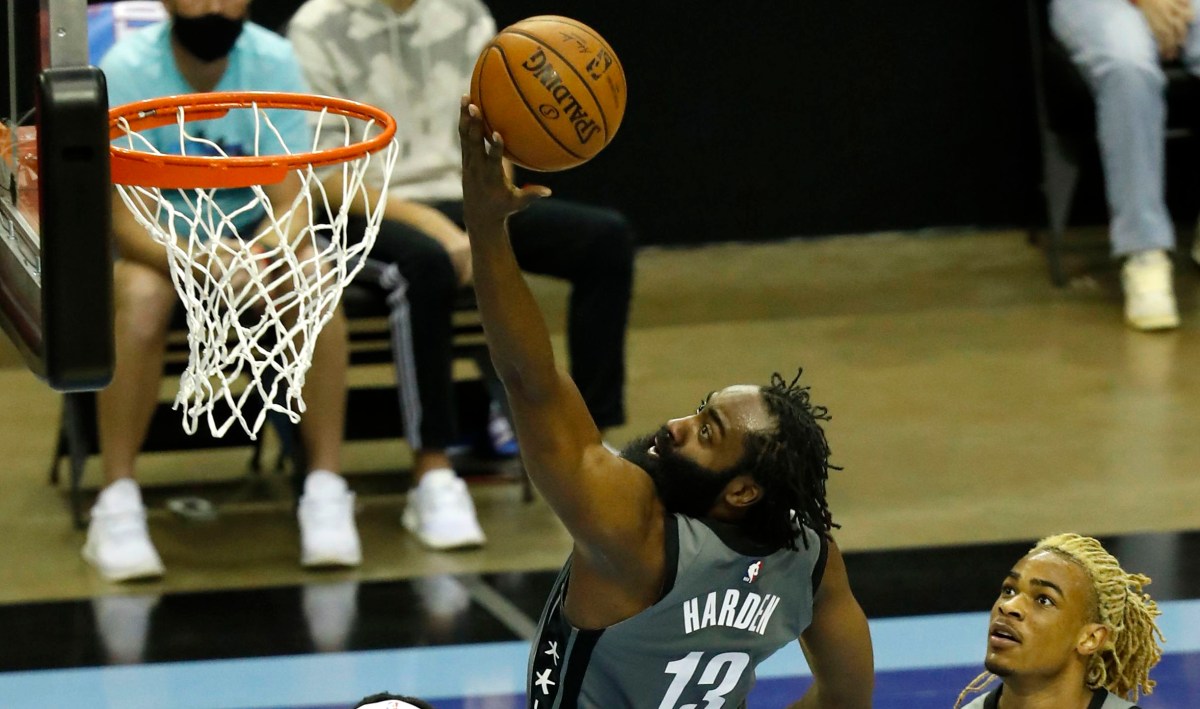 On his long-awaited return to Houston, James Harden heard the taunts first. Then he received the cheers. And in the end, he was victorious.

Harden’s triple-double pushed his new team beyond the old one, as the Nets posted a 132-114 victory over the Rockets at the Toyota Center.

The reception of the more than 3,900 present was not as poisonous as that received by Kevin Durant during his return to Oklahoma City. But Harden, who demanded a trade and made his way to Brooklyn, was booed mostly at introductions, with every one of his touches booed early in the game.

But the Rockets, who plan to retire Harden’s No. 13 jersey, honored him with a tribute video in the first quarter that drew genuine cheers. Touched, Harden responded by raising both hands in acknowledgment, then touched his heart.

“A lot of mixed emotions for the fans,” Harden said in a television interview, thanking Rockets owner Tilman Fertitta for promising to remove his jersey. “But my team did an incredible job and supported me, which allowed me to come out here and get this victory.”

The positive sentiment had been echoed by Rockets first-year coach Stephen Silas, whose job was made much more difficult when Harden demanded a trade.

“I hope it is positive for him. He did a lot for this organization. So we’ll see, obviously, but I guess it would be positive, ”Silas said. “He’s done a lot, scored a lot of points, led this team to the playoffs.

“And he was here for a long time and it was much better times with James Harden for the Rockets than bad, so he should be recognized for that.”

Harden, who openly said the Rockets weren’t good enough while trying to get a trade, showed Houston how good his new team is. He had 29 points, 13 assists and 10 rebounds, just the sixth player to face his former team and get a triple-double. He led the Nets to a 23-point lead and a franchise-record seventh straight road win.

Kyrie Irving had 24 points, while fast-emerging second-year big man Nic Claxton had 16 points (on 7 of 8 shooting) and eight rebounds off the bench.

The understaffed Rockets (11-23) played with just eight men, and it showed. They got 36 points from John Wall and 33 from Victor Oladipo, the most of the season, but lost their 13th in a row.

The Nets (24-13) finished the first half of the season with the third-best winning percentage in team history, and they sit half a game out of the Eastern Conference lead after the 76ers rallied for a win in overtime on the Jazz.

Landry Shamet’s 3 from the left corner filled the mattress back to the right to 18. Houston cut it to 105-97 after Wall drilled a jumper over the tough defense of Andre Roberson.

But a Claxton putback and Harden’s triple gave the Nets a 113-97 lead with 6:48 to play. The last quarter turned into a gathering game.

Harden won the 2018 MVP with Houston, led the Rockets to a pair of Western Conference Finals and claimed the final three scoring crowns. His contributions on the court may have been outweighed by those he made in the community.

In 2017, Harden donated $ 1 million to the City of Houston for Hurricane Harvey relief efforts. And as the Houston area grappled with power outages and food shortages after last month’s winter freeze, his restaurant, Thirteen by James Harden, donated 3,000 meals for residents in need. A week later, the restaurant donated 100 meals a day to five different schools and another 150 to a center for low-income seniors.

Still, many fans were mostly salty as expected.

“Fans can be emotional, and for good reason. They can be upset at night. But if it is [now] or sometime in the future they will fondly remember all the amazing things James did here and Mike [D’Antoni, former Rockets coach and now Nets assistant] I did it here, ”Nets coach Steve Nash said. “Sometimes it’s a little too early, a little too hot. Then we will see how it is.

“The community here will really respect and remember them fondly, but it is too soon.”