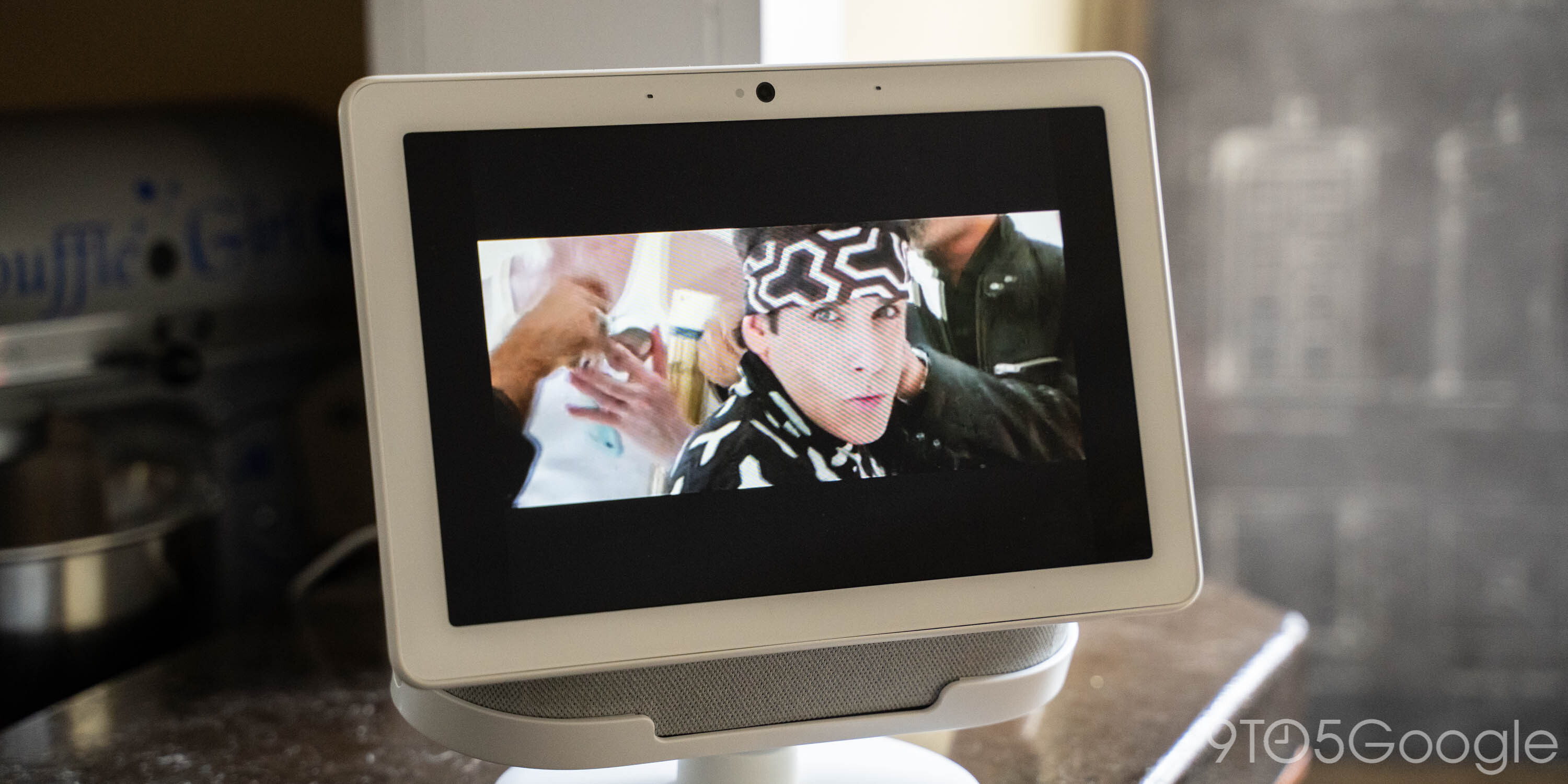 On Monday, Google announced and began rolling out a major visual overhaul of the Smart Display UI. That redesign leaked quickly, and the same source is back with a new capability. Nest Hub Max is testing a ‘Blue Steel’ feature, which reduces the need to say “Hey Google” hotwords.

The clip goes on to show “Blue Steel”, where the command can only be spoken without saying hotword. The supporting dots appear in the upper-left corner before being spoken.

However, it is unclear whether Hub Max’s camera or ultrasound sensing is being taken advantage of. Boromuse says the assistant starts listening “after detecting our presence near the device”.

This points to the latter technique, where the smart display emits inaudible sound waves that bounce off objects and are lifted back by the device’s microphone. Ultrasound sensing today showed more detail and tactile control. For example, No Playing Screen will play / pause when you make contact while playing audio, but otherwise hide those buttons to give a central focus to cover the art.

This approach would also mean that other devices such as Nest Hub and possibly third-party smart displays get this capability down the road.

Another possibility is the camera on the Nest Hub Max, which recognizes today when users hold their palm to stop playback. This principle – where the camera is looking for your face before listening – is supported by the codename. Blue steel is a reference Zoolander Where Ben Stiller’s character has an iconic look.

This approach would only be more accurate than users near the device. If you are looking at a smart display directly, you are more likely than not ready to ask a question. The person in this video is clearly off holding his phone to record, but the supporting dots don’t immediately appear, suggesting that there is another trigger – possibly appearing directly on the screen – just by appearance.