Neil Armstrong – the man behind the legend 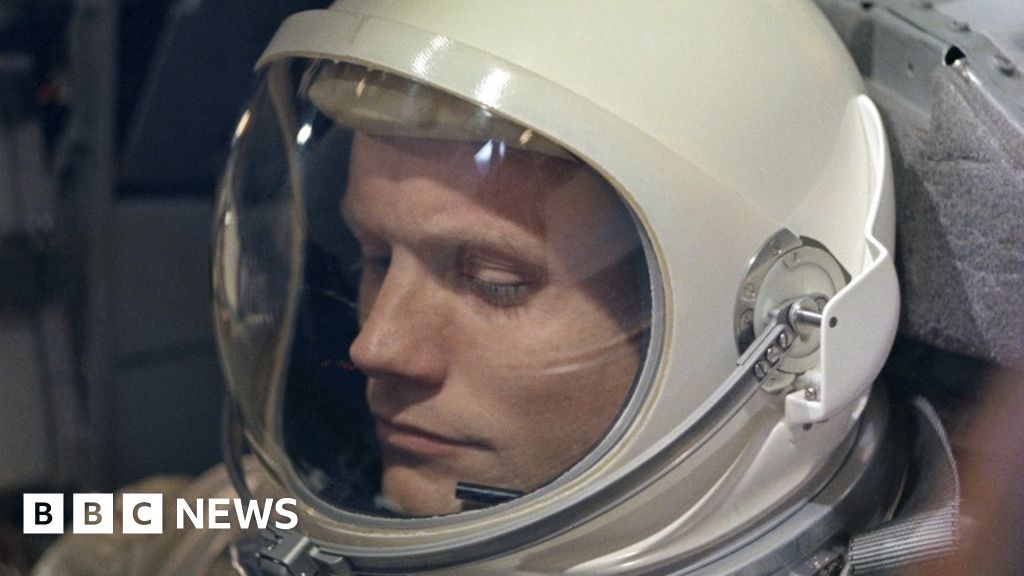 Neil Armstrong is one of the most famous people in the history of mankind.

When he returned from the Moon, he was elected by kings and queens, presidents and prime ministers. It was Captains of America and Kirk was united in one, with a touch of President John F. Kennedy.

He had the world at his feet, but instead of embracing his celebrity status, he retired from public life.

The public knew little about this enigmatic man. But now we are glimpsing the real Neil.

There was a feeling that he was lonely. Perhaps the experience of the lunar mission had left him traumatized in some way, because life on Earth seemed an anticlimax after the heights of reaching the Moon.

He did not enjoy giving interviews, so his silence gave room for these rumors to grow and be recycled every tenth anniversary of the first landing of the Moon.

I was one of the few journalists who had the good fortune to meet Neil. And he seemed to me the healthiest person I had ever met.

I was a young reporter who worked for BBC Look East. I received an honorary degree from Cranfield University and they invited me to interview him.

I was nervous and surprised. He was smiling and kind. He was the first man to set foot on the Moon, but he was kind, rebadured me and answered my questions carefully.

And I felt my pain when I confessed to being disappointed that the Apollo program was canceled, ruining my son's dream of traveling one day through space.

I asked him: "What happened to Armstrong's dream?"

"The dream is still there," he replied with a twinkle in his eyes. "Reality may have vanished, but it will come back in time," he continued.

His response was an act of kindness to awaken the optimistic spirit of a young man from the moon landings, instead of providing a story to a reporter.

I found it again 16 years later. He was in the United Kingdom with his fellow Apollo astronauts, Gene Cernan and Jim Lovell, as part of a world tour to commemorate the 40th anniversary of the landing on the Moon.

We were invited to interview them in a not so splendid hotel near Heathrow Airport, under strict conditions of secrecy.

The astronauts registered under false names, and when the hotel staff asked what the interview was about, I said it was about golf. This seemed plausible given the attire of the astronauts.

I reminded Neil Armstrong that we had met a long time ago. To my surprise, he gave me that warm and rebaduring smile and said that he did remember and spoke fondly of that day.

We made a small talk about a sandwich and chatted about his tour. But he rejected a request for another interview, saying he did not want to take the role of his fellow astronauts.

This vision of him is now emerging from the documentary film, Armstrong, which was released on Friday to coincide with the 50th anniversary of the landing of the Moon.

His youngest son, Mark, and his granddaughter Kali, both musicians, came to the BBC News studios to tell us about it.

We show you the highlights of the NASA mission images to put them in a good mood.

Seeing his grandfather walk to the launch pad, Kali was shocked by Armstrong's likeness of 39 years with his young 56-year-old father.

And they both smiled, unable to contain their joy for what they obviously felt was their great fortune.

And even though it was a story that Mark and Kali knew so well, they were trapped. "This never gets old," Mark told him.

Dad and daughter watched in amazement as Neil left the lunar module and uttered the words that would always resonate in the story: "That is a small step for man, a great leap for humanity."

"Great job, grandpa!" Kali whispered, his voice low, his eyes full of emotion as if he were watching her live.

Mark told me that the impression that his father was a loner was wrong.

"I think my father was badly characterized by the media," he told us.

"He was thoughtful, he had a great sense of humor and he was a musician, sometimes he would walk down the hall and start with an Oklahoma song!

"And he was not the kind of father who told you what to do all the time, he was more of a teacher who showed you different options and urged you to think carefully about your choices and choose the right one, just as he did with the example throughout his life. "

For Kali, Neil was simply "grandfather" who did not talk much about his landing on the Moon. But he once told him that the biggest impact the mission had had on him was seeing the Earth rise from the lunar surface.

"In 1969, I was looking back on Earth and I saw it from space as a fragile resource and hoping that people would care about it," he said.

I also met with Neil's eldest son, Rick, while he was visiting the United Kingdom to participate in the celebrations of the lunar landing. Now, a software engineer, he loves being his father's son, but admitted that sometimes his legend was sometimes difficult to fulfill.

"There is an expectation," he told me. "Everyone expects to be judged on their own merits and being the son of someone famous can nullify that sometimes."

"I wish I had been an astronaut in the ferry program, and maybe I did not because I did not want to face the comparison."

When asked what he thought Neil's legacy was, Rick said: "When I think of a legacy, I do not think of dad, I think of the Apollo program, where I had a team of thousands of people committed to a goal.

"When you work to achieve that goal, you can achieve amazing things.

"And there's the inspiration he gave to people, a lot of people have approached me and told me they became scientists, an engineer or a doctor, or whatever, because they were inspired by what happened in the 60 years. You can not calculate the value you have. "

In a sense, those who were around for the landing of the Moon are all Neil's children. It was a moment that millions of people shared around the world, which encouraged us and made us realize that we could all reach the Moon in our own way.

For many of us, experience showed that everything was possible and encouraged us in our efforts.

For me, the most heroic part of Neil's story is that, having played his role in that incredible cultural transformation of humanity, he had the humility to step away and be the man he really was: the teacher, the musician, the father, the engineer – the real Neil Armstrong.