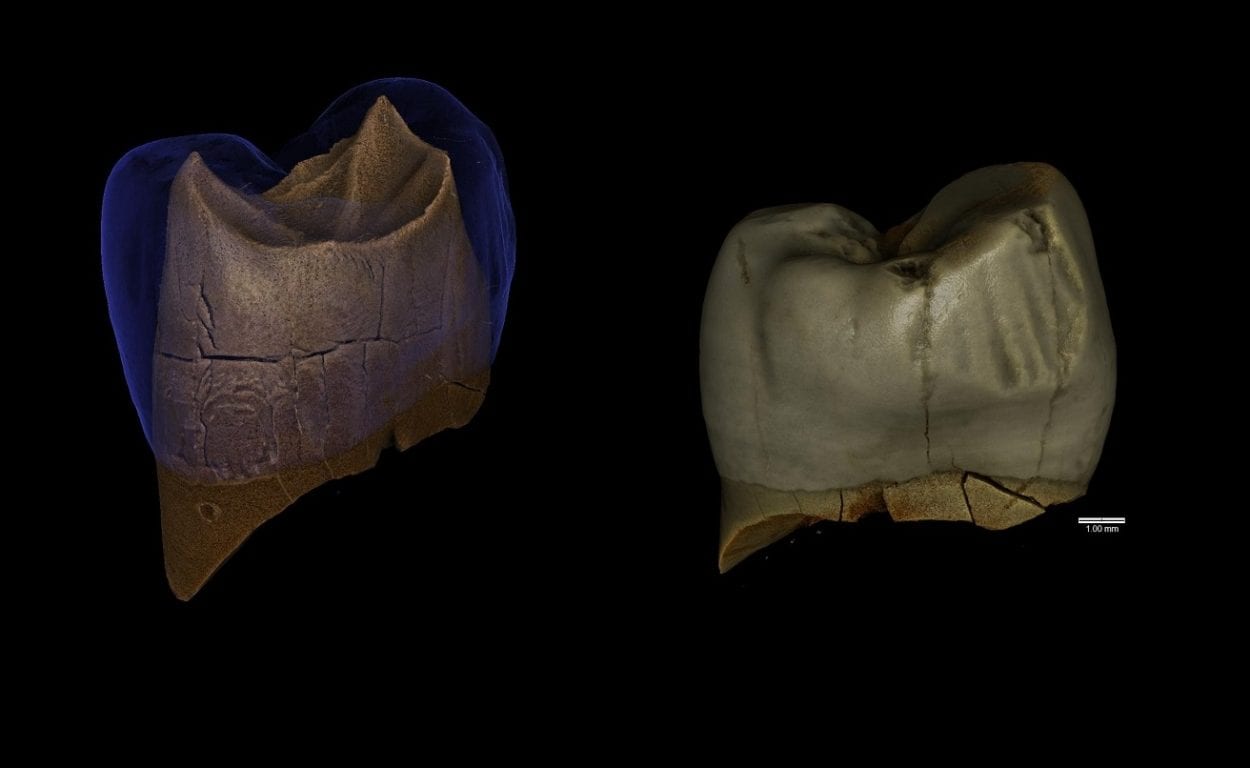 By analyzing two teeth excavated from the Pleistocene layers of the Stajnia Cave (Kraków-Częstochowa Upland), the team led by Dr. Wioletta Nowaczewska from the Department of Human Biology at the University of Wrocław, found traces left by a toothpick .

She said: “It appears that the owner of the tooth used oral hygiene. There were probably food debris between the last two teeth that needed to be removed. We don’t know what a toothpick made of: a piece of twig, a piece of bone, or a fish bone. It had to be a fairly rigid cylindrical object, which the individual used often enough to leave a clear trace. “

This is the second known example of such hygienic procedures practiced by Neanderthals from Stajnia Cave. Similar traces have been preserved in another tooth previously found in the cave.

Scientists also believe that the teeth, a wisdom tooth (lower third molar) and an upper premolar, belonged to an individual older than 30 years, and the other to a slightly younger man in his twenties.

However, they found no pathological changes indicative of enamel growth disorders, hypoplasia, or caries. They point out that the wisdom tooth shows signs of severe wear, which may be related to the ingestion of hard foods.

To determine if the tooth belonged to our immediate ancestor (Homo sapiens) or a fossil relative (Homo neanderthalensis), the scientists evaluated the structure of the tooth’s crown, the thickness of the enamel, the contour of the dentin surface, and the microtrauma of the crown surface.

They compared the data with other data on Neanderthal teeth, as well as fossil and contemporary representatives of our species.

Dr Nowaczewska said: “A set of features, that is, the presence of a specific combination of characteristic features of Neanderthals indicates that more teeth from the Stajnia cave belonged to them. In the case of the lower molar, a complicated structure can be seen: a large number of tubercles. On the front of the crown there was also a characteristic depression and enamel formation.

The teeth were initially discovered in 2010 along with numerous wildlife remains during excavation work carried out under the supervision of Dr. Mikołaj Urbanowski.

But it is only recently that they have been analyzed using mitochondrial DNA. Dr Mateja Hajdinjak of the Max Planck Institute for Evolutionary Anthropology tested the tests along with additional analyzes to confirm that the teeth belonged to Neanderthals.

Neanderthal skeletal remains are rare finds in central and eastern Europe (there are slightly more sites related to Neanderthal tools). In present-day Poland, these findings accumulate in the south; Northern Poland remained within reach of the glacier for a long time and conditions for survival were difficult.

Officially confirmed discoveries are few and small: four teeth. Three of them were also discovered in the Stajnia cave, one in the Ciemna cave (also in the Kraków-Częstochowa highlands).

Dr. Nowaczewska believes that this is not the end of the discoveries in the Kraków-Częstochowa highlands. She said: “When I look at these areas as a paleoanthropologist, I get the impression that time stops there … If there are still any Neanderthal bones to be found, the search should focus on the highlands and other southern sites. Due to the climatic conditions of that time, this was the area with the best living conditions ”.