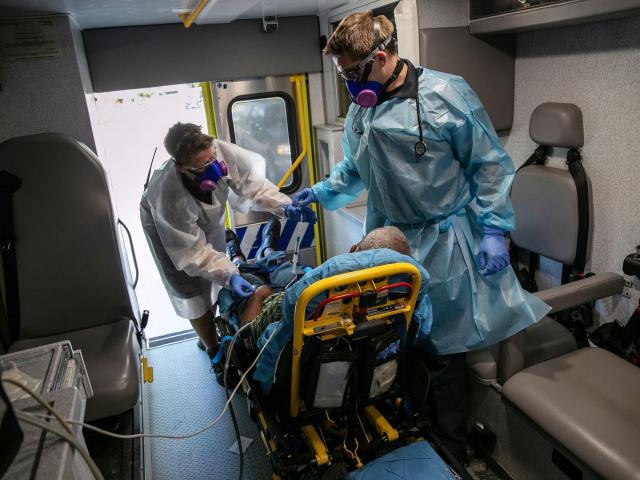 Three virus-related deaths were reported on Tuesday, marking the highest one-day total during the epidemic. Meanwhile, 1,203 people across the state are hospitalized with COVID-19, the second-largest one-day figure to date.

There have been 50 or more deaths in a single day, only three times since the epidemic began in North Carolina in early March, and all three occurred in September. Although the number of new infections peaked in July, the number of deaths did not go above 42 on any given day at that time.

The seven-day average of coronovirus deaths in North Carolina is now up to 25 per day, after falling as low as 10 per day on October 10. 10. A total of 3,992 people have died in the state during the epidemic.

Another 1,578 coronavirus infections were reported statewide on Tuesday, totaling 248,750 during the epidemic. But an estimated 88 percent of people are believed to be recovering.

Rolling in new cases, the seven-day average hovers above 2,000 per day, for the third consecutive day at 2,038. Only average for the second time is that mid-July had a high four-day period.

Similarly, the last two days have occurred in North Carolina when more than 1,200 people were hospitalized with COVID-19. Demographic details provided by the state’s Department of Health and Human Services show that more than three-quarters of the 150 people admitted to hospitals on Tuesday were 50 or older, and a slight majority were men.

The percentage of statewide positive coronavirus tests was 7.4 percent on Tuesday, the highest level in more than two weeks.

“We’re getting complacent, unfortunately, and the virus is winning,” Shanti said. “We need to work because our children are suffering. We as a community are suffering, and I’ve always felt afraid that our hospital system might be overwhelmed.”

Gov. Roy Cooper relaxed some of the state’s epidemic-related restrictions on 2 October, allowing it to repeatedly serve a limited number of people and reopen the event site in limited locations. But his executive order expires at 5 pm Friday, and he said last week that state health officials would be monitoring the trends of decision-making this week to decide on Friday.