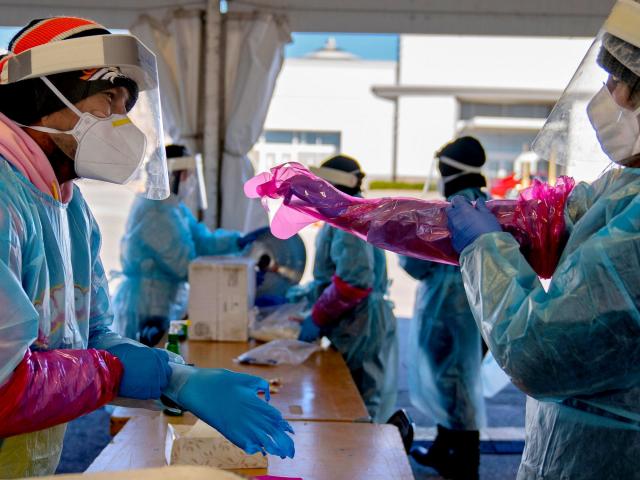 The Daily Total Trail reported a record of only 3,885 on Saturday and 3,119 on Wednesday.

The continued increase in infections pushed the state’s rolling, seven-day average to 2,699 new cases per day compared to the previous week, which marked a new high.

Mitchell, Alexander and Columbus counties have seen the highest rates of new cases in the past two weeks, based on how many people per 100,000 county residents have tested positive in that period.

About 7.9 percent of coronovirus tests were giving positive results, the sixth straight day that metric exceeded 7.5 percent. State officials have said they do not want to see that rate exceed 5 percent.

The state’s streak continues uncontrolled with 1,395 due to the virus with over a thousand people. October 9 was the last day, less than 1,000 people were in hospitals in North Carolina for COVID-19.

Another 50 virus-related deaths were reported statewide on Sunday, which is equivalent to a third one-day total date. This pushes the seven-day average to 28 deaths per day compared to the previous week.