Naxal attack in India: at least 22 members of the security personnel in Chhattisgarh are killed in a clash with Maoist insurgents – tech2.org

Naxal attack in India: at least 22 members of the security personnel in Chhattisgarh are killed in a clash with Maoist insurgents 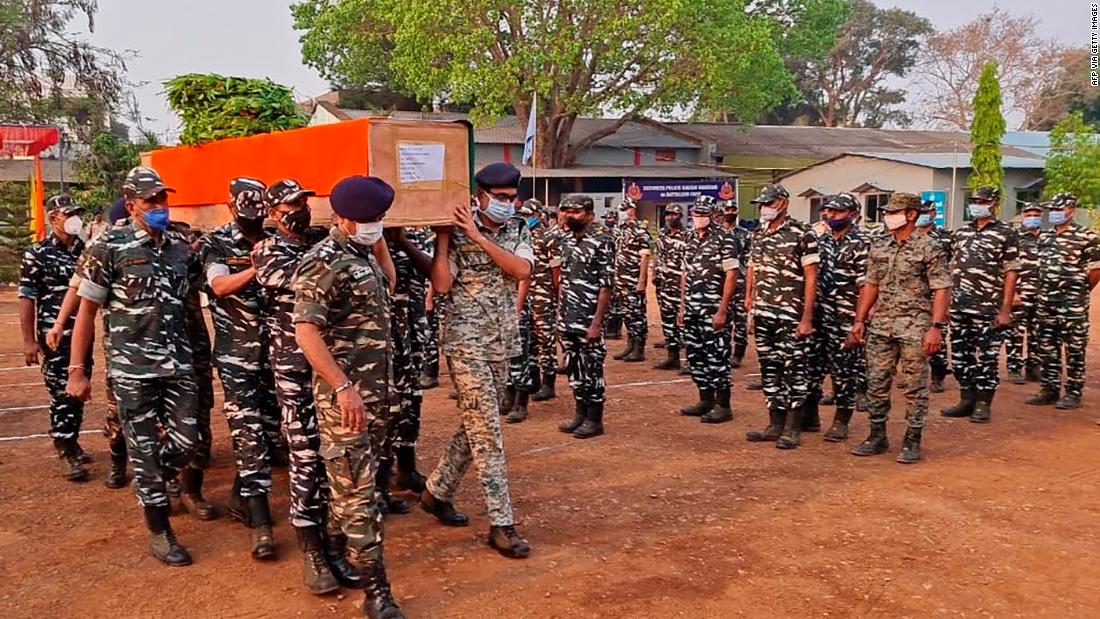 Security forces in the central state of Chhattisgarh were conducting an operation against the left-wing insurgent group, in the state’s Bastar Division, when one of the teams was attacked by insurgents, the head of the police said on Sunday. Chhattisgarh, DM Awasthi.

Search operations for a missing security member are still ongoing in the area, Awasthi added.

The government has been embroiled in a decades-long conflict with Maoist rebel groups, also known as Naxals, who launch attacks against government forces in an attempt to overthrow the state and usher in a classless society. The Maoists operate mainly in central India, in regions populated mainly by tribal peoples.

Militant attacks in several states, including Maharashtra, Odisha and Chhattisgarh, where the rebel movement still has traction, are common.

The Bastar Division, where Sunday’s battle took place, includes the Sukma-Bijapur border areas, an area believed to be among several key Maoist strongholds.

Indian Prime Minister Narendra Modi expressed his condolences on Sunday. in a tweet saying: “My thoughts are with the families of those martyred while fighting the Maoists in Chhattisgarh. The sacrifices of the brave martyrs will never be forgotten. May the wounded recover as soon as possible.”

Naxalite groups have been active in the country since the 1960s, but the modern insurgency did not begin until the early 2000s. Former Indian Prime Minister Manmohan Singh once described the Maoist rebels, who are well organized and trained , as the “most serious threat to internal security” of the country.

More than 2,100 civilians in India have been killed in the Maoist insurgency since 2010.

In April 2017, 25 police officers were killed and six others injured when hundreds of suspected Maoist rebels attacked a convoy in central India.

The suspected Maoists also attacked during India’s elections in 2019, reportedly gunning down a voting supervisor in the eastern state of Odisha. In another incident in the same district that year, suspected Maoists approached a vehicle heading to a polling station and forced officials to disembark before setting it on fire.

According to a 2019 report by the Indian Ministry of the Interior, 90 districts in 11 states are affected by some form of Naxal or Maoist militancy.

The government has responded to the Maoist insurgency with a security crackdown in areas where the groups are active, an approach that, while appearing to reduce the level of threat, has been criticized by some observers as clumsy and prone to abuse.

Villagers living in Maoist territory are largely isolated from the country’s rapidly growing economy, and many live in fear of their children being taken as recruits by rebels or of violent government incursions. In 2017, Chhattisgarh villagers told CNN that they are forced to pay taxes to Maoists or face abuse or even torture. But if they pay, they risk being labeled as Maoist sympathizers by government forces.

Tags India Naxal attack in India: at least 22 members of the security personnel in Chhattisgarh are killed in a clash with Maoist insurgents - CNN