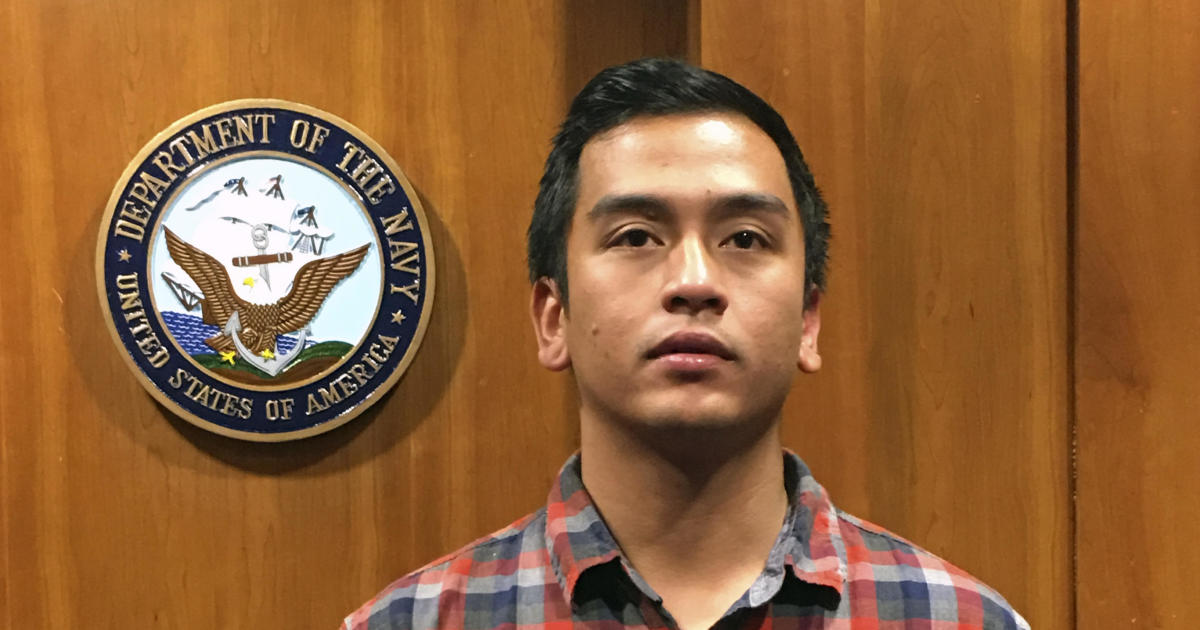 A Navy veteran who was going through an episode of paranoia died after a Northern California police officer knelt on his neck for several minutes, his family said Tuesday. Angelo Quinto’s family called the police on December 23 because the 30-year-old was suffering from a mental health crisis and needed help.

His family says a responding officer knelt on Quinto’s neck for nearly five minutes while another officer held his legs. Quinto lost consciousness and was taken by ambulance to a hospital, where he died three days later.

“He said ‘Please don’t kill me. Please don’t kill me’ while they were putting him on the floor. They handcuffed him and an officer put his knee on the back of his neck the whole time I was in the room,” he said. Quinto’s mother, Cassandra Quinto-Collins.

Quinto-Collins said she had been hugging her son and that he was calm when officers arrived at his home in Antioch, 45 miles east of San Francisco.

“I trusted the police because I thought they knew what they were doing, but in reality he was passive and visibly not dangerous or a threat, so what they did to him was absolutely unnecessary,” he said.

A video recorded by Quinto-Collins shows his listless son, his face bloody and his hands handcuffed behind his back. She said she started filming after seeing that her son’s eyes were blank.

The family filed a legal claim against the Antioch Police Department last week, giving the department 45 days to respond. After that time is up, the family will file a federal lawsuit, said John Burris, the Quintos’ attorney.

“I refer to it as the George Floyd technique, that’s what took his life and it can’t be a legal technique,” Burris said. “We see not only violations of his civil rights but also violations of the rights of his mother and sister, who saw what happened to him.”

Floyd, a black man, died on May 25 in Minneapolis after a The police officer pressed his knee against Floyd’s neck. while he was handcuffed and said he couldn’t breathe.

Burris said there were other issues with the officers’ response, including how they didn’t try to reduce tension and speak to Quinto first, and how they didn’t turn on the body cameras and the camera on their patrol.

Authorities have not released a cause of death and an independent autopsy is pending, Burris said.

The Antioch Police Department did not respond to a request for comment from The Associated Press on Tuesday.

The department did not inform the public of Quinto’s death until January 25, when it responded to inquiries from the East Bay Times.

After the judicial claim was filed on Thursday, Antioch Police Lt. Tarra Mendes told the newspaper that “the investigation is still ongoing. We want it to be completed. As soon as it is completed, we will be able to provide the public with more information. “

Quinto, who was born in the Philippines, was honorably discharged from the Navy in 2019 due to a food allergy, said his sister, Bella Collins.

He suffered from depression for most of his life, but his behavior changed after an apparent assault in early 2020, when he woke up in a hospital with no memory of what happened and with stitches and serious injuries. After that, he began to have episodes of paranoia and anxiety, he said.

Collins, 18, said she now regrets calling the police after worrying her brother, who was holding her and her mother tightly before the police arrived, could hurt their mother.

“I asked the detectives if there was another number that I should have called, and they told me there wasn’t one and that I did the right thing. But right now I can tell you that the right thing would not have killed my brother.” she said.