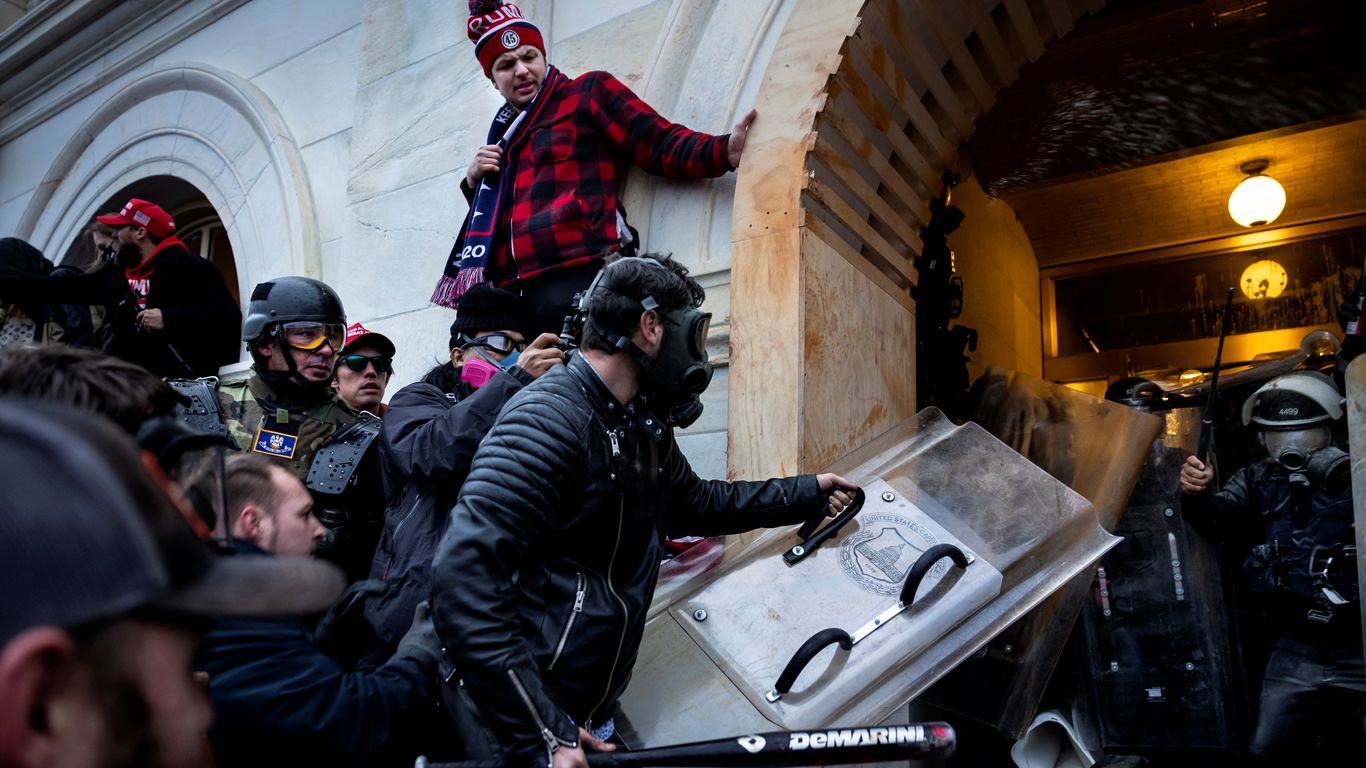 Timothy Hale-Cusanelli, a U.S. Army reservist and Navy security contractor who was arrested for allegedly violating the Capitol during the Jan. 6 riots, was a known white supremacist, federal prosecutors said Friday, as reported. for the first time by Politico.

Because it is important: “Not only is the defendant’s white supremacist and Nazi sympathizer ideology obvious from the evidence, that same ideology fuels the defendant’s enthusiasm for another Civil War,” prosecutors said.

Context: A new filing from federal prosecutors on Friday included the results of a Naval Criminal Investigation Service investigation into Hale-Cusanelli.

What they are saying: One of Hale-Cusanelli’s colleagues said the defendant had “shaved off facial hair on a ‘Hitler mustache,'” and prosecutors pulled photos of the mustache from Hale-Cusanelli’s phone.

The panorama: Hale-Cusanelli’s case has received attention from the military due to his reservist status and his employment at a military installation and underscores the challenges the Department of Defense faces in attempting to combat extremist ideologies within the ranks of the military.