Naval mine makes landfall in Lauderdale-by-the-Sea 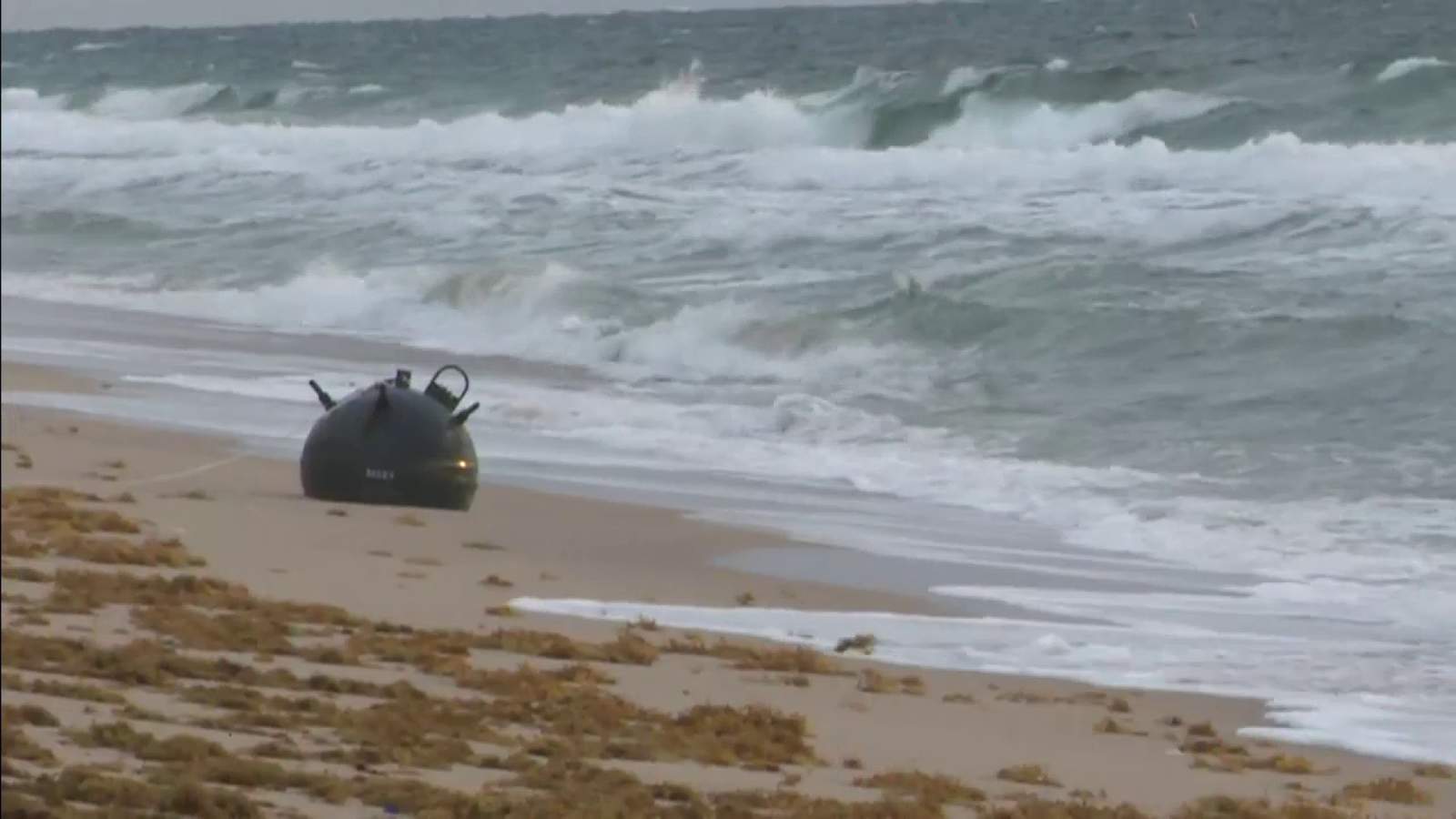 LAUDERDALE-BY-THE-SEA, Fla. – A naval mine made landfall in Broward County, where many people often go to relax on the beach.

An investigation is currently underway and a response team has been activated.

This all happened on Lauderdale-by-the-Sea beach on Pine Avenue.

The Broward Sheriff’s Office taped a section of the beach.

According to BSO, a patrol officer discovered the “possible military explosive training device” at approximately 2:30 am Sunday.

Naval mines are used in the ocean as an explosive impulse to damage surface changes or submarines.

It appeared that the word “inert” was written on the mine, which means it could be a “dummy” mine used in training, but that does not rule out that it may be active.

The United States Air Force was contacted by the BSO and responded to examine the mine, and a BSO bomb squad was also called in to examine it.

Officials eventually secured and removed the mine. It will go into the custody of the Air Force for further examination and investigation.