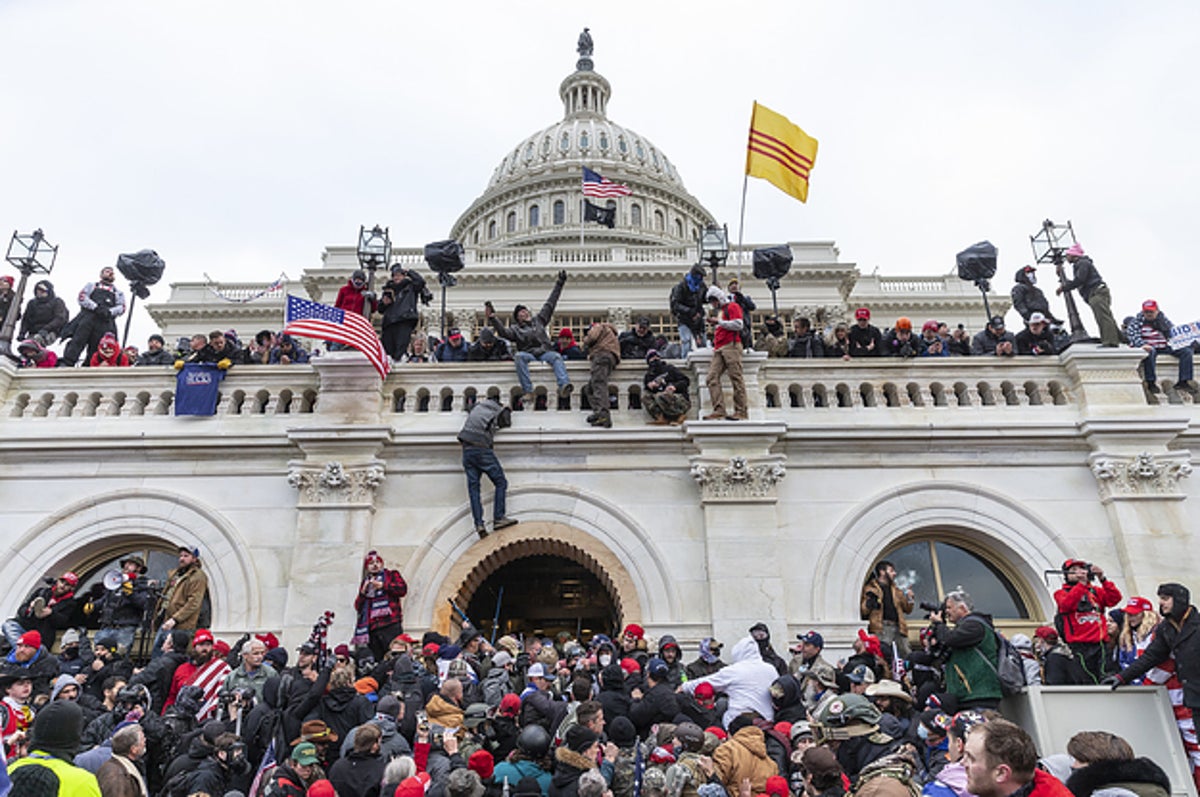 WASHINGTON – The head of the DC National Guard told Congress on Wednesday he was “stunned” when top military officials refused desperate pleas to send troops to quell the Jan. 6 riots on Capitol Hill.

Even after the Capitol had been breached, Pentagon officials in the Trump administration delayed sending reinforcements for three hours and 19 minutes while citing concerns about “optics,” said DC National Guard Commander General William Walker to the Senate Administration and Rules Committee.

The DC National Guard had 340 soldiers deployed or ready to deploy to help DC police manage traffic around the city that day. Walker said he could have had 155 National Guard soldiers on Capitol Hill within 20 minutes of receiving the order.

Instead, those troops would spend hours waiting for permission to help the Capitol Police, which had been hopelessly overwhelmed by rioters.

Walker said he received a “frantic” call from then-Capitol Police Chief Steven Sund at 1:49 pm requesting backup. “Chief Sund, his voice cracking with emotion, indicated that there was a serious emergency on Capitol Hill and requested the immediate assistance of all available National Guard members that I could muster,” Walker said.

He then joined the call to the main military leaders. But, according to Walker, senior defense officials Charles Flynn and Walter Piatt said “it would not be their best military advice to have uniformed guards on Capitol Hill.” Walker said they cited concerns about the optics of deploying soldiers to the Capitol, as well as the risk of “inflaming” the crowd.

Walker said this was different from the racial justice protests last year after George Floyd’s death, during which the National Guard received immediate approval to assist local law enforcement.

For hours, crowds stormed the Capitol on live television as National Guard troops waited for permission to deploy. At one point, Walker said he loaded troops onto buses without permission, anticipating they would get the go-ahead at any moment.

That green light didn’t come on until 5:08 p.m. M., Three hours and 19 minutes after the first desperate call for help came. Miller, in his role as acting secretary of defense, gave the order at 4:32 p.m. M., Acting Assistant. Defense Secretary Robert Salesses said, but for some reason that address wasn’t relayed to the National Guard for half an hour. No explanation was given for this delay.

Once the green light was given, National Guard troops reached the Capitol in 18 minutes, Walker said.

Salesses was not on the 1:49 pm call with Sund, but said he spoke to Defense officials there, including Flynn and Piatt, who denied using the word “optical.” Walker insisted that he heard that word and those arguments.

“There were people in the room with me on that call who heard what they heard,” he said.

This is not the first time security officials have given conflicting statements about the lapses that allowed the riots to occur.

But one thing both Walker and Salesses testified is that Acting Defense Secretary Miller wanted DC police to be deployed, rather than federal troops, to stop Trump supporters besieging the Capitol.

Approximately 40 minutes after the request for assistance arrived, at 2:30 pm, senior Defense officials met to discuss the request. Miller’s first move, at 3:04 p.m., was to authorize the National Guard to reinforce DC police in the city to allow them to focus on the Capitol, according to Salesses. Walker also said the initial focus was to back up the DC police rather than get directly involved.

Salesses testified that “after reviewing the missions, equipment and responsibilities of the DC National Guard forces at the Capitol Complex,” Miller gave the order to dispatch troops to the Capitol at 4:32 pm to the then Secretary of the Army. Ryan McCarthy. Salesses did not address why that order was not broadcast to the National Guard until 5:08 p.m.