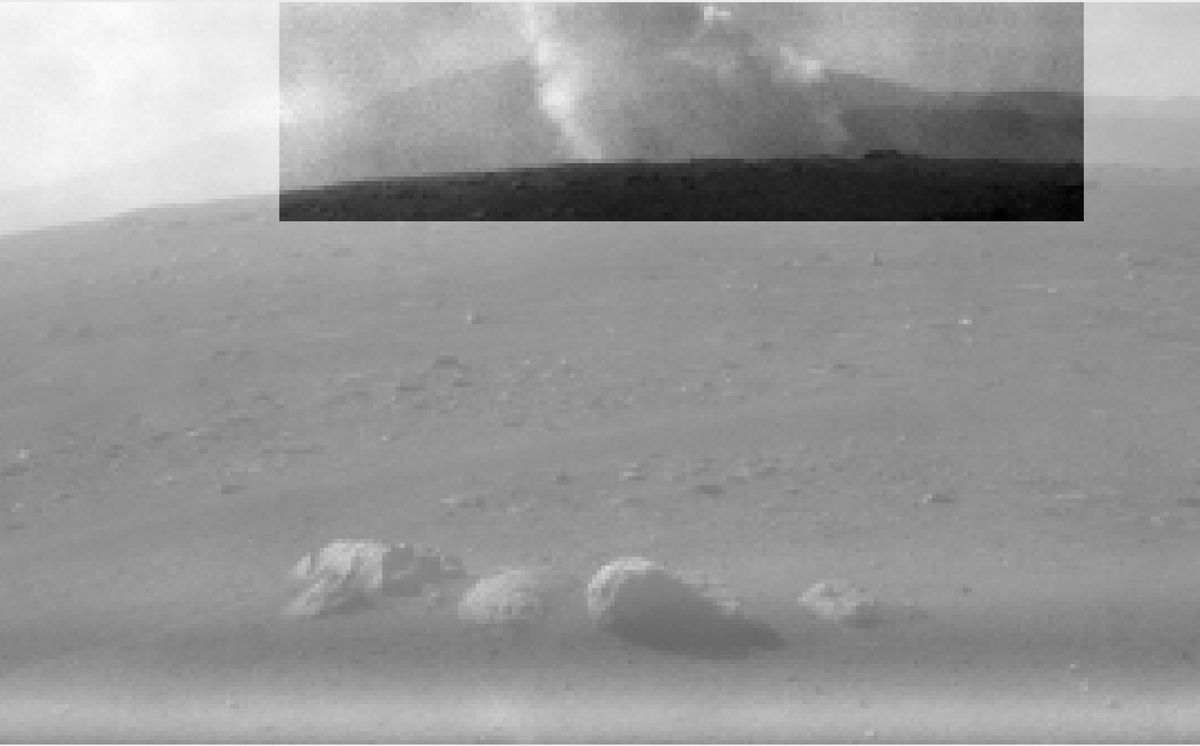 The Perseverance Mars rover’s “sky crane” descent stage made the ultimate sacrifice last week, and now we have a photo to commemorate the heroic death of the flying robot.

The rocket-powered overhead crane lowered the car-sized Perseverance vehicle to the floor of Mars’ Jezero crater with cables last Thursday (February 18), triggering the harrowing entry, descent and landing (EDL) sequence of the “seven minutes of terror” of the vehicle. to a successful ending.

Just after the rover’s wheels landed, the sky crane flew to intentionally land at a safe distance, and Perseverance snapped a photo of the immediate aftermath of the impact, NASA announced on Wednesday (February 24).

“A moment of respect for the descent stage. Within two minutes of taking me safely to the surface of Mars, I caught the plume of smoke in one of my Hazcams [hazard-avoidance cameras] of its intentional impact on the surface, an act that protected me and the scientific integrity of my landing site, “wrote agency officials through the mission’s official Twitter account. @NASAPersevere.

A moment of respect for the descent stage. Within two minutes of safely bringing myself to the surface of Mars, I caught the plume of smoke in one of my Hazcams from its intentional impact on the surface, an act that protected myself and the scientific integrity of my landing site. pic.twitter.com/bG4dekrbvJFebruary 24, 2021

Perseverance documented his EDL in unprecedented detail, capturing high-definition video with multiple cameras as he streaked across the Martian sky toward Jezero’s floor. That epic video shows key events in the landing sequence, including the deployment of the mission’s supersonic parachute and the moment the rover’s six wheels hit the red earth.

Other robotic eyes were also watching Thursday. For example, the HiRISE camera aboard NASA’s Mars Reconnaissance Orbiter, which has been circling the Red Planet since 2006, took a photo of Perseverance gliding through the alien skies under his parachute. And a day later, HiRISE photographed the mission hardware on the ground – not just Perseverance, but also its overhead crane, heat shield, and parachute-shell combo at their various resting places within Jezero.

Perseverance is the centerpiece of the $ 2.7 billion Mars 2020 mission, which will search for signs of ancient life and collect and cache dozens of samples for an eventual return to Earth. The rover is still going through its post-landing checks, but has already begun imaging its surroundings in detail.

For example, the mission team just released a high-definition 360-degree panorama of the landing site stitched together from 142 images captured by Perseverance’s Mastcam-Z camera system. The beautiful photo offers our best view yet of Jezero Crater, which long ago housed a delta of a river that spilled into a lake hundreds of feet deep.

We will learn much more about this mysterious place after Perseverance is fully operational. So stay tuned!