NASA’s InSight Mars lander is hibernating, trying not to die 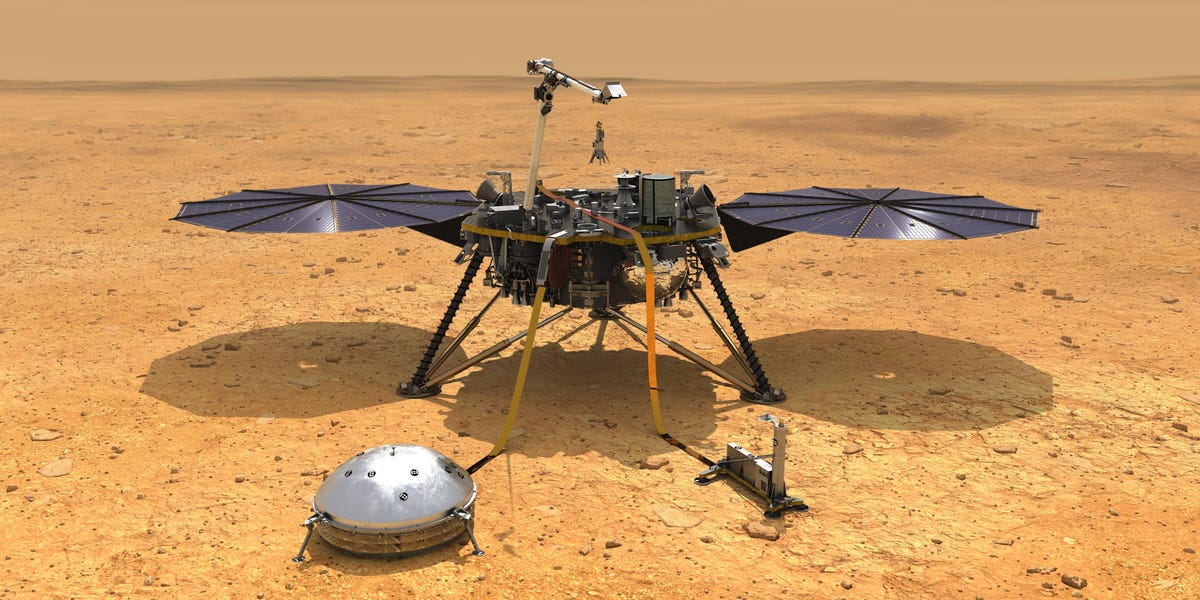 NASA’s $ 800 million Mars lander is in an energy crisis.

InSight, which landed on a Martian plain called Elysium Planitia in 2018, detected more than 500 earthquakes on Mars, felt more than 10,000 dust devils pass by, and began measuring the planet’s core.

But for the past few months, InSight has been fighting for its life as the red planet’s unpredictable weather threatens to shut down the robot.

Unlike other sites where NASA has dispatched rovers and landers, including the landing site of the new Perseverance rover and its helicopter from Mars, the powerful gusts of wind have not been sweeping away Elysium Planitia. These winds, called “cleaning events,” are needed to blow the Martian red dust off the solar panels of NASA robots. Without your help, a thick layer of dust has built up on InSight and is struggling to absorb sunlight.

InSight’s solar panels produced only 27% of their energy capacity in February, when winter came to Elysium Planitia. So NASA decided to put the lander in “hibernation mode”, turning off different instruments each day. Soon, the robot will shut down all functions that are not necessary for its survival.

By pausing its science operations, the lander should be able to save enough power to keep its systems warm during cold Martian nights, when temperatures can drop to negative 130 degrees Fahrenheit.

“The amount of power available over the next several months will really depend on the weather,” said Chuck Scott, InSight’s project manager, in a statement.

Now almost halfway through its expected hibernation period, InSight is still in good shape, but the risk of a potentially fatal power failure is always present. If the lander’s batteries die, it may never recover.

“We look forward to bringing him back to life, especially if he’s not asleep or dead for a long period of time,” Bruce Banerdt, principal investigator at InSight, told Insider. “But that would be a dangerous situation.”

The agency hopes to restart full InSight operations after Mars returns to the sun in July. If it can survive this Martian winter, the lander could continue to listen for earthquakes and track the weather until 2022.

InSight could turn ‘zombie’ after dying

InSight’s power shortage contributed to NASA’s decision to abandon the lander “mole” in January. That excavating probe was supposed to measure the temperature deep within the Martian crust, crucial data in the study of the history and internal structure of the planet.

Now scientists are losing even more data as the lander shuts down its instruments. Your measurements of the climate of Mars have become scarce, and in the next month you will stop hearing earthquakes from Mars.

Banerdt fears the lander will miss some major tremors, but the robot is worth keeping alive. If InSight’s batteries run out, he added, “it’s a good zombie spaceship,” meaning it’s programmed to recharge and start over once the sun rises.

“The problem with that scenario is that in the meantime, the spacecraft is very, very cold. And this is happening during the coldest part of the year for the spacecraft,” Banerdt said. “Much of the electronics is quite delicate. And, unfortunately, it is very likely that something will be damaged in the cold.”

Banerdt suspects that is what happened to the Spirit and Opportunity rovers. Both ran out of power on the Martian surface and were unable to re-ignite. However, he is hopeful that InSight doesn’t have to die.

“Right now, our predictions, our projections are that we should be able to go through the point of least power and come out the other side,” Banerdt said.

Still, a rare dust storm in the next four to five months could tip the balance by accumulating more soil on InSight’s solar panels. That’s what happened to Opportunity. But fortunately, it is not the season for dust storms.