NASA sees WASP-18b, a planet that they did not believe could exist 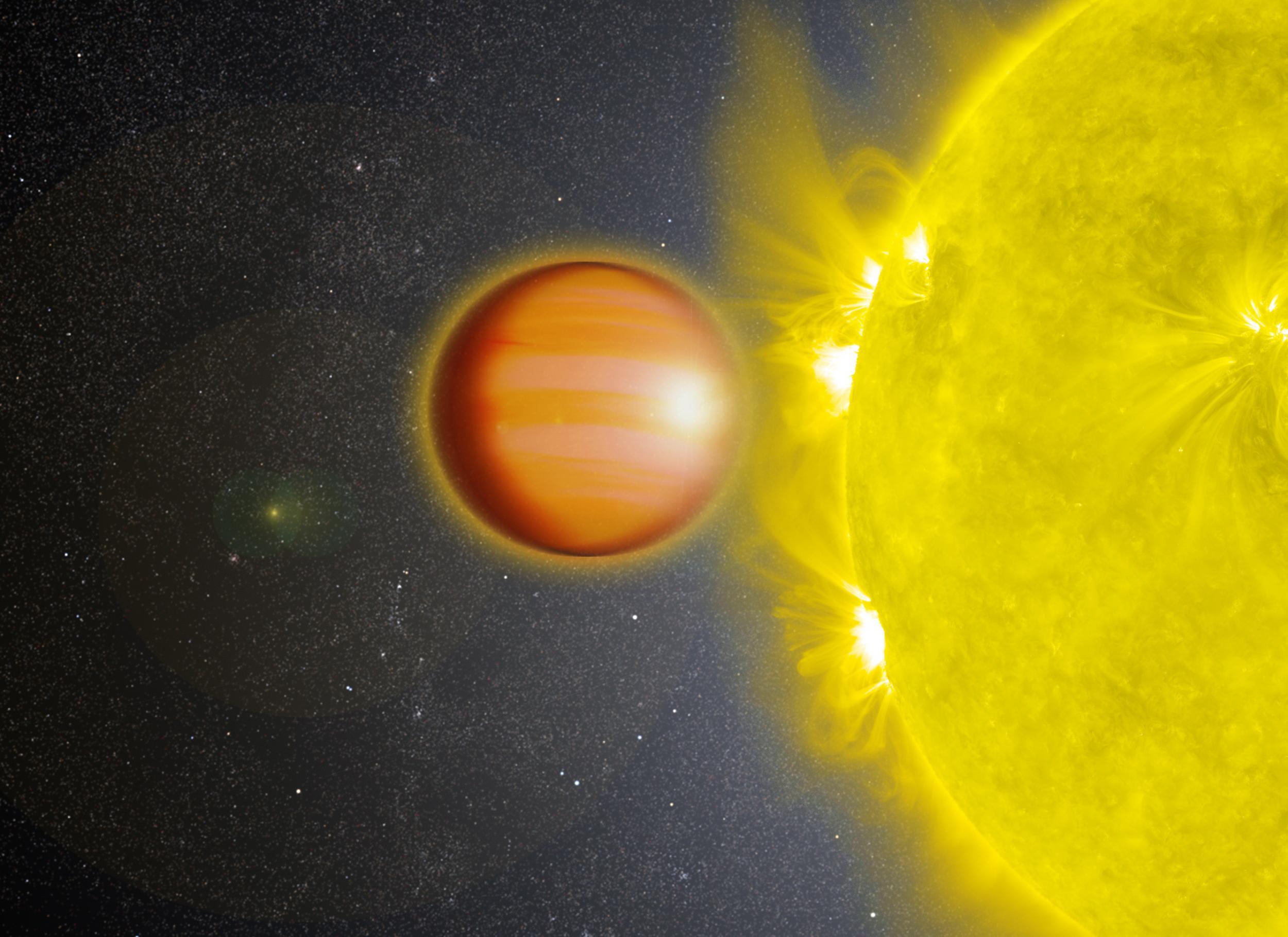 NASA has just discovered a planet that they did not think could exist.

The world, known as WASP-18b, is wrapped in a stratosphere filled with carbon monoxide and without water at all. That suggests that it could have been formed in a completely different way from the gas giants we've known before.

"The composition of WASP-18b defies all expectations," said Kyle Sheppard of NASA's Goddard Space Flight Center in Greenbelt, Maryland, lead author of the paper published in Astrophysical Journal Letters. "We do not know of any other extrasolar planet where carbon monoxide completely dominates the upper atmosphere."

The most impressive images of NASA space

On Earth, the stratosphere keeps us safe from the dangerous rays of the sun. Ozone absorbs UV rays, which means that much of the harmful radiation stays out and does not fall on us.

Other planets tend to have a different molecule such as titanium oxide, which is used for a variety of different purposes on Earth.

NASA scientists examined the surface of the planet by observing the light that reaches us from the planet, which is 325 light-years away. From that light, the "spectral fingerprints" of the planet's makeup can work, looking for signatures that can suggest that the planet has water or other important molecules.

But they did not find water on the planet, even after repeated glances from the Hubble space telescope. The fingerprints they got do not match any of the materials they expected to see there, and challenge their current understanding of how planets can be formed.

"The only consistent explanation for the data is an overabundance of carbon monoxide and very little water vapor in the atmosphere of WASP-18b, in addition to the presence of a stratosphere," said Nikku Madhusudhan, co-author of the study of the University of Cambridge. "This rare combination of factors opens a new window in our understanding of physicochemical processes in exoplanetary atmospheres."

Scientists now hope to discover even more about WASP-18b and other planets like this. If you can understand more about the composition of the strange world, then you could change your understanding of how gaseous giants can form.

"The expected launch of the James Webb Space Telescope and other future space observatories will give us the opportunity to continue with even more powerful instruments and continue to explore the amazing variety of exoplanets there are," said Avi Mandell, an exoplanet scientist at Goddard and the second author of the article.