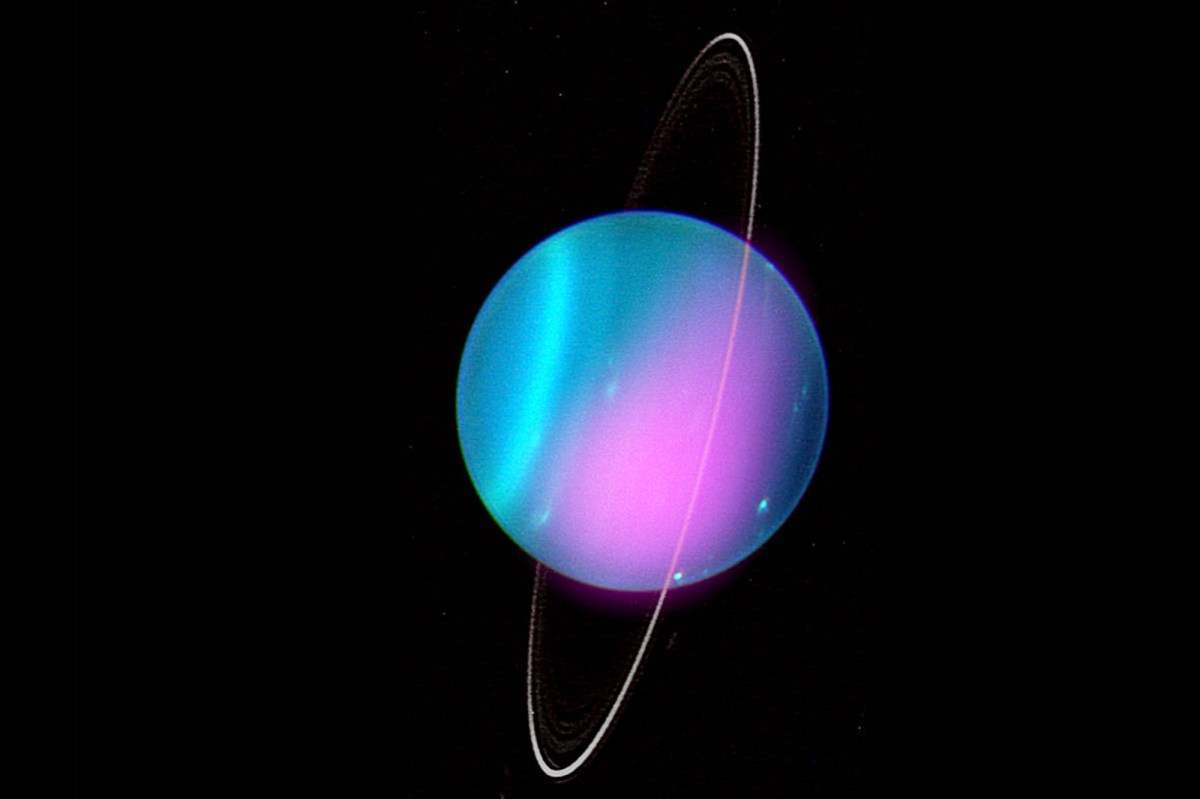 Astronomers at NASA’s Chandra X-ray Observatory have detected X-rays from the planet Uranus for the first time.

The researchers used observations of the ice giant taken in 2002 and 2017 to detect radiation as part of a new study published Tuesday in the Journal of Geophysical Research.

On examination and with more detailed analysis, they saw clear X-ray detection from the first observation and a possible X-ray flash from those 15 years later.

Scientists believe that the sun could be the driving force that makes Uranus emit X-rays.

Astronomers have previously observed that both Jupiter and Saturn scatter X-ray light from the sun.

However, while the study authors say they believe the detected X-rays would also be “scatter”, there is likely another X-ray source as well.

Like Saturn, they say, Uranus’ rings could be producing the planet’s own X-rays or even the aurora, a phenomenon created when high-energy particles interact with the atmosphere.

“Uranus is surrounded by charged particles such as electrons and protons in its close space environment,” the Chandra X-ray Observatory wrote in a statement. “If these energetic particles collide with the rings, they could make the rings glow in X-rays.”

X-rays are emitted from Earth’s auroras, and Jupiter also has auroras, although X-rays from Jupiter’s auroras come from two sources.

However, a nearly identical NASA statement notes that researchers remain unsure what causes auroras on Uranus.

The agency wrote that the unusual orientations of its spin axis and magnetic field can make the planet’s auroras “unusually complex and variable.”

Uranus’ axis of rotation is nearly parallel to its path around the sun, unlike the axes of other planets in the solar system, and while Uranus is tilted on its side, its magnetic field is divided by a different amount.

“Determining the sources of X-rays from Uranus could help astronomers better understand how more exotic objects in space, such as growing black holes and neutron stars, emit X-rays,” wrote NASA.

Uranus is the seventh planet from the sun in the solar system. It has two sets of rings around its equator. Its diameter is four times that of the Earth.

Because Voyager 2 was the only spacecraft to fly across Uranus, astronomers rely on telescopes like Chandra to learn more about the cold planet that is made up almost entirely of hydrogen and helium.