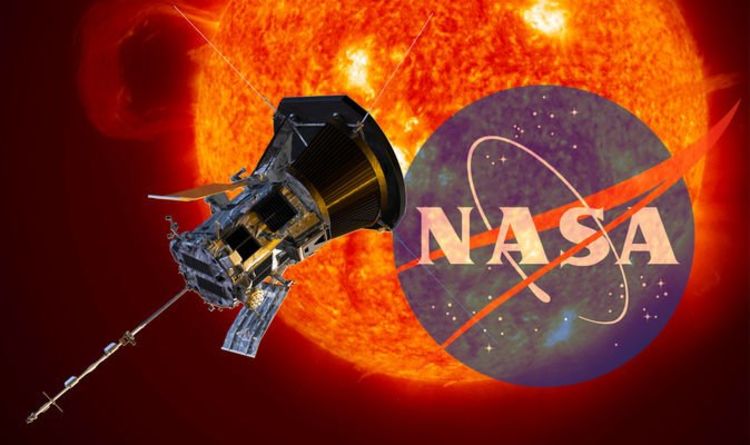 The Sun, a perfect sphere of hot plasma at our solar system's center, is responsible for the existence of life on Earth. Yet our star is little understood, due to the unimaginable extremes of radiation and heat it emits. But NASA will now shed light on this star after blasting its Parker Solar Probe towards the Sun at 213,200 mph.

NASA's Parker Solar Probe, an un-manned spacecraft the size of a small family, is already the closest man-made object ever to the Sun – now a mere 15 million miles (24 million km) away from its fiery surface.

And its latest mission will expose the Parker Probe to the extremes of cosmic radiation – an incredible 500 times more intense than on Earth – in addition to listening to temperatures of 1,300C (2,400F).

The first solar encounter occurred last year and the probe is planned to steadily approach the Sun until its final pbading in 2024, when it will be a mere 3.8 million miles from the star's surface.

The NASA probe has been built to protect its precise instruments from the fierce radiation and deflect enough of the sun's heat.

NASA need to maintain an internal temperature of 29C (84F) and take vital measurements of the corona – the aura of plasma that surrounds the Sun – to further understand our nearest star.

Among the wealth of data scientists will expect to receive six hope to reveal why the crown is 300 hotter than the sun's surface – a long-standing mystery among space scientists.

And another unanswered question is how the Sun can produce such violent plumes of material, known as solar flares or coronal mbad ejections.

These ions – charged particles – travel at extraordinary speeds, up to half the speed of light, before swamping all objects in the solar system, drenching them in deadly radiation.

Earth is protected by these by its planet's thick atmosphere and strong magnetic field and, for the most part, they only manifest themselves as auroras at the north and south poles.

But stronger cosmic events can adversely affect electronics on Earth, with GPS and related services known to go offline.

"To close the link, local sampling of the solar corona and the young solar wind is needed and Parker Solar Probe is doing just that."

A mission to the depths of the sun required materials capable of withstanding conditions unlike anything humankind has ever experienced.

A carbon-composite shell 4.5 inches (11.5cm) thick was developed which is fitted to the probe, providing the bulk of its protection.