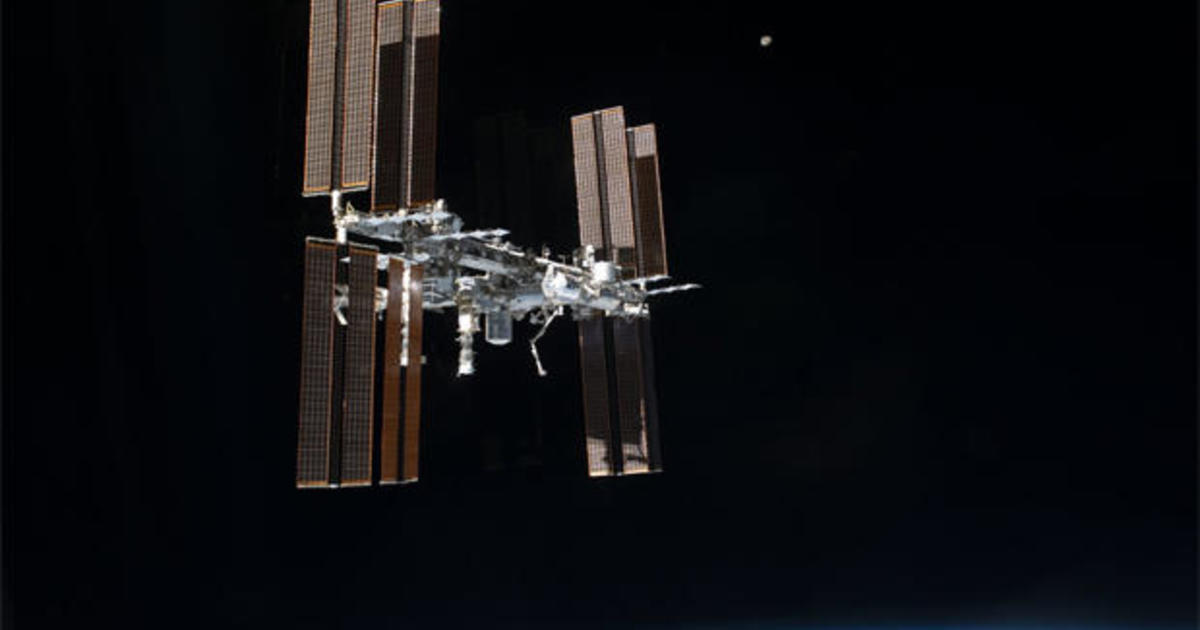 NASA astronauts Mike Hopkins and Victor Glover took a spacewalk outside the International Space Station Saturday to upgrade the laboratory’s communications and cooling systems. The walk, which took place about 250 miles above the ground, lasted almost seven hours.

Struggling with reluctant electrical connectors, Hopkins managed to plug in and secure three of the four thick power and data cables needed for a European experiment platform during a challenging spacewalk, leaving one cable for additional troubleshooting.

Hopkins and his crewmate Victor Glover also vented residual ammonia coolant from two bridges used to service the station’s thermal control system, storing the hoses in different locations for future use if necessary. A jumper spewed more ammonia ice crystals than expected when it vented into space, but the astronauts said their suits did not appear to be contaminated with flakes that could return to the station.

Floating in the Quest airlock, Hopkins and Glover began Saturday’s excursion when they changed their battery-powered spacesuits at 8:14 a.m. EST, kicking off the 237th spacewalk dedicated to the assembly and maintenance of the station since the beginning of the construction in 1998.

The first task on the agenda was to safely vent the two ammonia bridges, used to charge refrigerant into the station’s thermal control system and to help track leaks. The bridges were located on the far left of the lab’s solar power truss, a segment known as port 6 or P6.

After confirming that there was no contamination with ammonia ice crystals, the spacewalkers saved a bridge on the P6 segment for any future troubleshooting that might be needed on that side of the station, while the other was mounted outside the airlock for later use on the right side.

“Of course, when it comes to ammonia, additional vigilance is necessary due to the concern that if we have ammonia contamination on the suits and then we bring that into the station, that could represent a possible toxic atmosphere situation for the crew. and the station, “he said. Flight director Chris Edelen previously said.

With the bridge ventilation and relocation complete, Glover installed a replacement wireless camera transceiver near Unity’s core module while Hopkins worked at the front end of the station where the European Space Agency’s Columbus lab module is attached.

An external experiment platform known as the Bartolomeo was attached to the front side of Columbus earlier, but spacewalkers had trouble completing electrical connections during an earlier outing. Hopkins struggled to complete the job on Saturday, but finally got it done with three of four leads.

Glover replaced a wireless camera transceiver and attached a brace to a flexible thermal cover on the outer hatch of the Quest airlock. She complained of unusual irritation that briefly caused her right eye to tear, but said that blinking repeatedly seemed to help.

Hopkins also reconfigured a HAM radio antenna on the European Columbus module that did not work properly after a recent upgrade and both spacewalkers began work to route two ethernet cables that will eventually be part of an extended external wi-fi network.

“Coupled! It’s over the center,” Hopkins said as the first reluctant connector was plugged in and locked in place. “Great! And the crowd goes wild!”

“I’d say touchdown, but he played on the wrong side of the ball,” Glover joked, referring to Hopkins’ college football career as a defensive back for the University of Illinois.

“We did interceptions from time to time,” Hopkins said.

The Wireless Video System External Transceiver Assembly, or WETA, that Glover installed is one of three mounted around the outside of the station. The unit in question failed late last year.

“This is essentially an antenna that receives the transmissions from the hull cameras of the crew members,” Edelen said. “We … really appreciate having this in mission control during EVAs so we can get the perspective of the crew members to see exactly what they’re working on. So we definitely want to … replace this so that we have good coverage.”

All major tasks were originally planned for spacewalks earlier this month, but were postponed after mounting two solar panel support fixtures took longer than expected.

This was the fourth spacewalk of Glover’s career and the fifth for Hopkins.