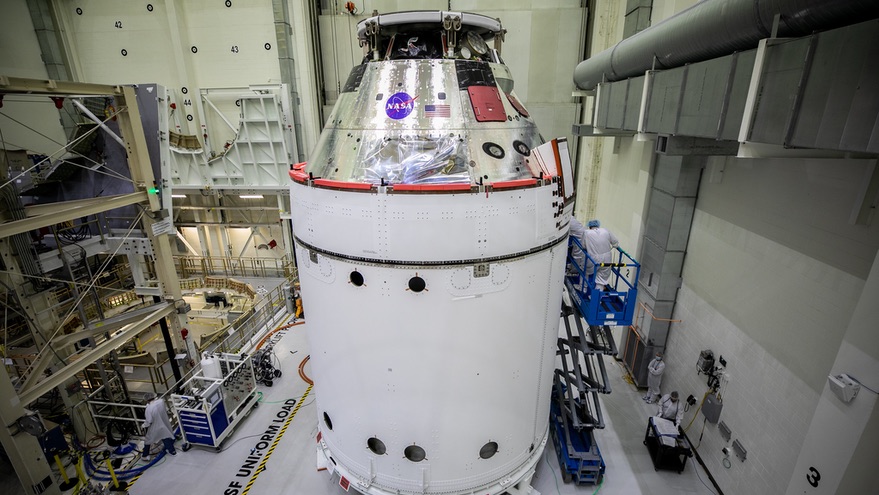 WASHINGTON – NASA will not repair a faulty electronics unit on an Orion spacecraft recently completed for the Artemis 1 mission after substantial redundancy in the overall system.

In a December 17 statement, NASA said it had decided to use one of the eight power and data units (PDUs) on the Orion spacecraft, which provides communication between the spacecraft’s computer and other components. One of the two communication cards in that PDU does not have two redundant channels working.

NASA announced the problem on November 30, with the PDU saying it was “troubleshooting” the problem. The problem was first reported by The Verge, which stated that Prime Contractor Lockheed Martin’s presentations warned that it could take up to a year to replace the PDU as it would be an adapter between the crew module and the service module. Is now inaccessible. The two modules are connected to each other.

Estimates at the time estimated the driver modules to be service modules, PDUs repaired, and the two modules recombined and tested. An alternative option could complete the repair in just four months, but accessing the PDU would require removing the adapter’s panels, something the hardware was not designed for.

NASA, in its statement about the decision not to replace the PDU, did not provide information about repair options, but said the risks of damaging the spacecraft during PDU repair should compensate for any loss of data Should be known

Engineers, the agency said, “determined that due to limited access to this particular box, the degree of intrusion to overall spacecraft systems and other factors, the risk of collateral damage outweighed the risk associated with the loss of one leg of redundancy In the redundancy system. “

“NASA has confidence in the overall power and health of the data system through thousands of hours of operation and testing,” the agency said.

Even before the statement, NASA officials were reducing the possibility of extensive repairs to the spacecraft to replace the PDUs. “You will get the first report, and the first report will show all the possibilities of a bad situation,” said Ken Bowersox, deputy associate administrator of NASA’s Human Exploration and Operations Mission Directorate, briefing a media report on 7 December. Science planned for Artemis 3 lunar landing mission. “In the worst case, we can find that this is the one thing we can live.”

At the time of that briefing, Bowersox said NASA was still studying the problem, but was optimistic that it would not have a major impact on the Artemis 1 mission. “As we see it, we don’t really think that it’s really going to have a big impact on the final schedule,” he said.

With the decision to replace the PDU, NASA is moving forward with the final completion of the spacecraft. In mid-January, it will move from the facility at the Kennedy Space Center where it was assembled in a multi-payload processing facility, where it will be fueled and ready to be installed on the space launch system.

The critical route for the Artemis 1 launch, still scheduled for November 2021, remains the SLS core phase, undergoing a series of tests called the Green Run at the Stenson Space Center. NASA said that on December 17, it had resumed preparations for a fueling test called Fuel Dress Rehearsal because it had stopped its first attempt in that test in early December because liquid oxygen was in the core stage at temperatures slightly above the desired level. Was flowing