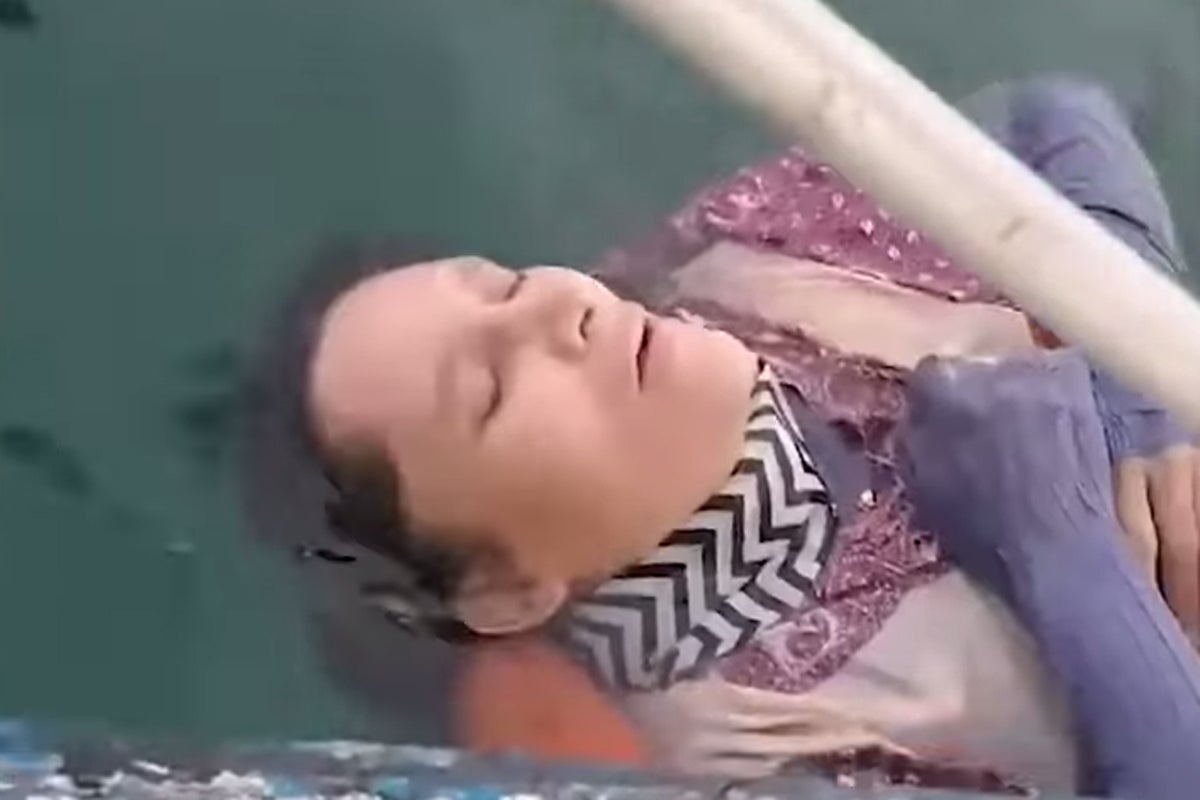 A woman who was declared missing two years ago by her family was last seen swimming in the sea off Columbia’s North Coast.

Anglica Gaitán was found in the sea more than a mile away from Porto Colombia, Porto, before being brought ashore to receive medical treatment.

Her rescuers originally mistook her for a temporary log until she raised her hands for help, according to local paper La Libertad.

Footage filmed by Rolando Visible, a fisherman who was one of her rescuers, shows Ms. Gatan being dragged into a boat and later being helped to a chair on a beach.

The clip, which was allegedly shot on Saturday, is seen falling in and out of consciousness.

Ms Gatain later told Colombian radio that she was discovered “unconscious, floating” in the sea by Mr Visible and her friend.

“Thank God I was alive, and it made me a life saver. They brought me to a health center where I am receiving the necessary care,” she said.

Ms Gatain alleged that she ran away from her home in 2018 after being abused for years by her ex-husband, a version of her family competitions. In an interview with RCN Radio Barranquilla, he stated that he had left unannounced while suffering from mental health issues.

Ms Gatain told the Colombian media that she had thrown herself into the sea to leave the refuge where she was staying, adding that she had spent eight hours before escaping in the water.