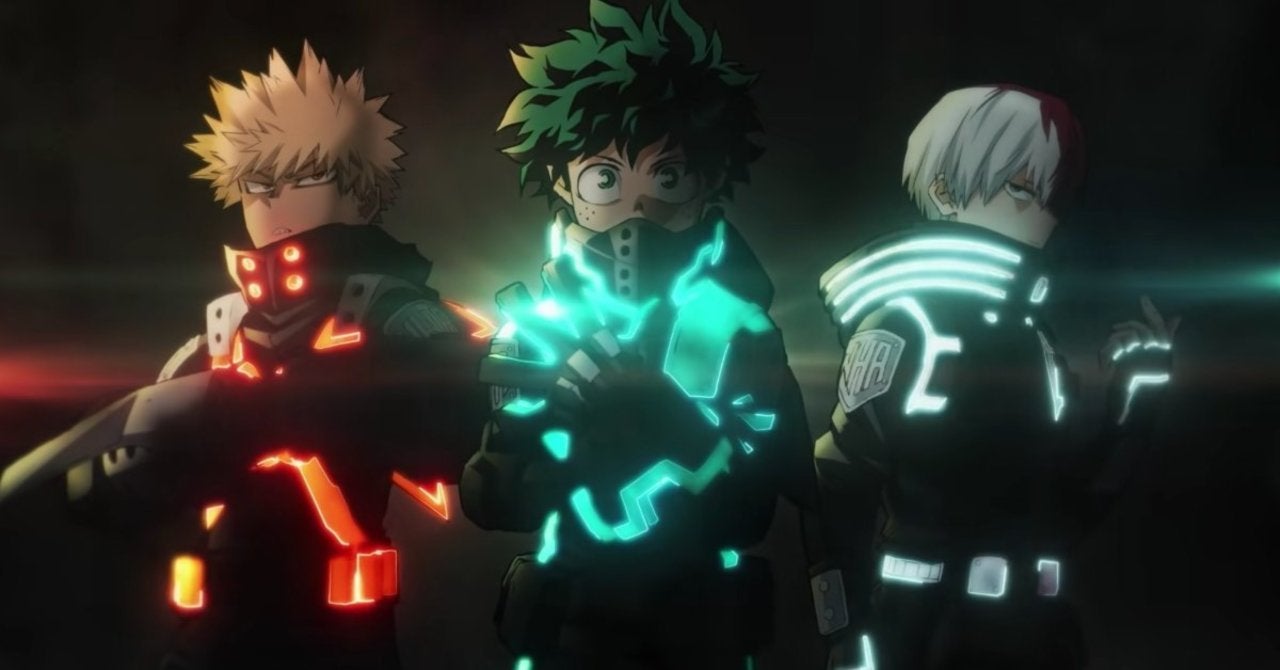 My hero academia has released the first trailer for his next film. As part of the anime franchise’s fifth anniversary celebration, My hero academia will release its third feature film in Japan this summer. Teased late last year with a mysterious poster trio featuring Izuku Midoriya, Katsuki Bakugo, and Shoto Todoroki in new black suits. Theories began to shine on what this means considering it came along with the tagline: “He will meet ‘The Three Musketeers.’ Taking this one step further there was a mysterious “WHA” insignia on their suits.

We now have a much better idea of ​​what to expect with the first trailer for the third movie in My hero academiaruns, officially titled My Hero Academia THE MOVIE: Mission of the World Heroes. Shared during a special panel for the franchise during AnimeJapan 2021, World Heroes Mission It has been confirmed for a Japanese release this August. You can see the trailer in the video above!

My Hero Academia THE MOVIE: Mission of the World Heroes It will open in theaters in Japan on August 6, but the international release of the film has unfortunately not yet been confirmed. Considering the first two (and the ongoing COVID-19 pandemic), it is highly likely that we will get an announcement of their international plans closer to its release or after it hits theaters.

It seems that the “WHA” in the Midoriya, Bakugo and Todoroki costumes refers to a worldwide organization of heroes of which they become part of this new threat that involves the entire world this time. With an original story, the creator of the original series, Kohei Horikoshi, will once again be the chief supervisor and will provide the character designs for the new characters.

Staff from previous anime films and series will also return for World Heroes’ Mission with Kenji Nagasaki directing the third film in the franchise for the BONES studio, a script by Yousuke Kuroda, Yoshihiko Umakoshi as character designer and Yuki Hayashi composing the music. . . If you are looking for more than My hero academia Fix it right now, season 5 of the anime has finally started!

But what do you think of this first trailer for My Hero Academia ‘s new movie? What do you think about the new look of Izuku Midoriya, Katsuki Bakugo and Shoto Todoroki? What do you hope to see in the third film in the franchise? Let us know your thoughts in the comments or you can even reach out to me directly about all the animated stuff and other cool stuff. @Valdezology on Twitter!