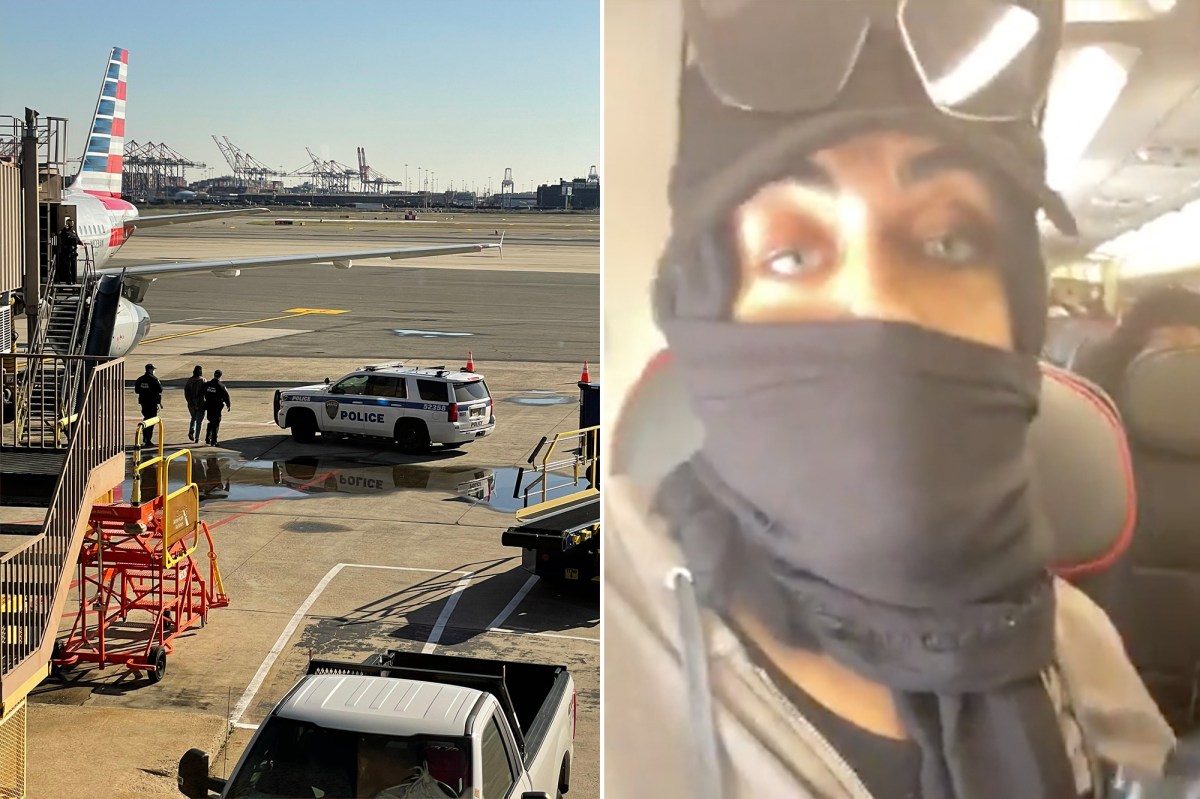 A Muslim woman from New Jersey, who once ran for Congress, was dropped from an American Airlines flight on Saturday and arrested after an argument with a male passenger, she claimed on social media.

Amani al-Khatahbeh, an activist and blogger who failed for Congress this year, recounted the incident on Twitter and in a 15-minute Facebook video she took before leaving for a Charlotte, North Carolina-bound flight.

“The last 6 hours of my life have been ineffective and painful. Today I was arrested for the first time because a person who insisted that he was ‘first class’ felt entitled to blow my past in TSA security, then was I removed from our midst @AmericanAir Flight BC He ‘felt uncomfortable,’ “he Tweeted Saturday evening.

He then retracted an image taken by another passenger, apparently showing al-Khattabeh fleeing by authorities.

The problem, which forced everyone to land at one point or another, apparently began at the Transport Security Administration outpost at Newark Liberty International Airport as al-Khattabeh tried to take off his shoes.

“I experienced madness at TSA this morning. A white person behind me insisted on cutting me in line because I was still taking off my shoes, “Al-Khatoon Tweeted 9:18 am, long before his scheduled 9:55 am flight. “When I said he could wait like everyone else, he started shutting down about how ‘pre-checked’ and ‘first class’ he is.”

She tweeted another: “Guys she complained about me and @AmericanAir is trying to evacuate from the flight.” He then posted a lengthy video on Facebook by airplane in which a police officer tells him that he is under arrest.

“Actually they called the police on me,” she said in the clip. “This first class person complained about me because he made me stand in the queue of the TSA and now they have police coming to flee from this flight, literally, without any reason, to literally say this man’s words to me.” Take it upstairs.”

“He made me feel uncomfortable, this guy was sitting in the first grade. I am a Muslim woman in this flight and she is taking her word for this.

Al-Khatahbeh, who did not return an email from The Post, claimed that the person who complained was not removed from the flight.

The Port Authority confirmed that one person was removed from a flight and taken into police custody, while American Airlines told The Guardian that it was “working to understand.”

The flight took off after an hour delay.

The TSA claimed that no complaints were made about any passengers at the outpost, and declared any situation on the plane as a “personal matter”.