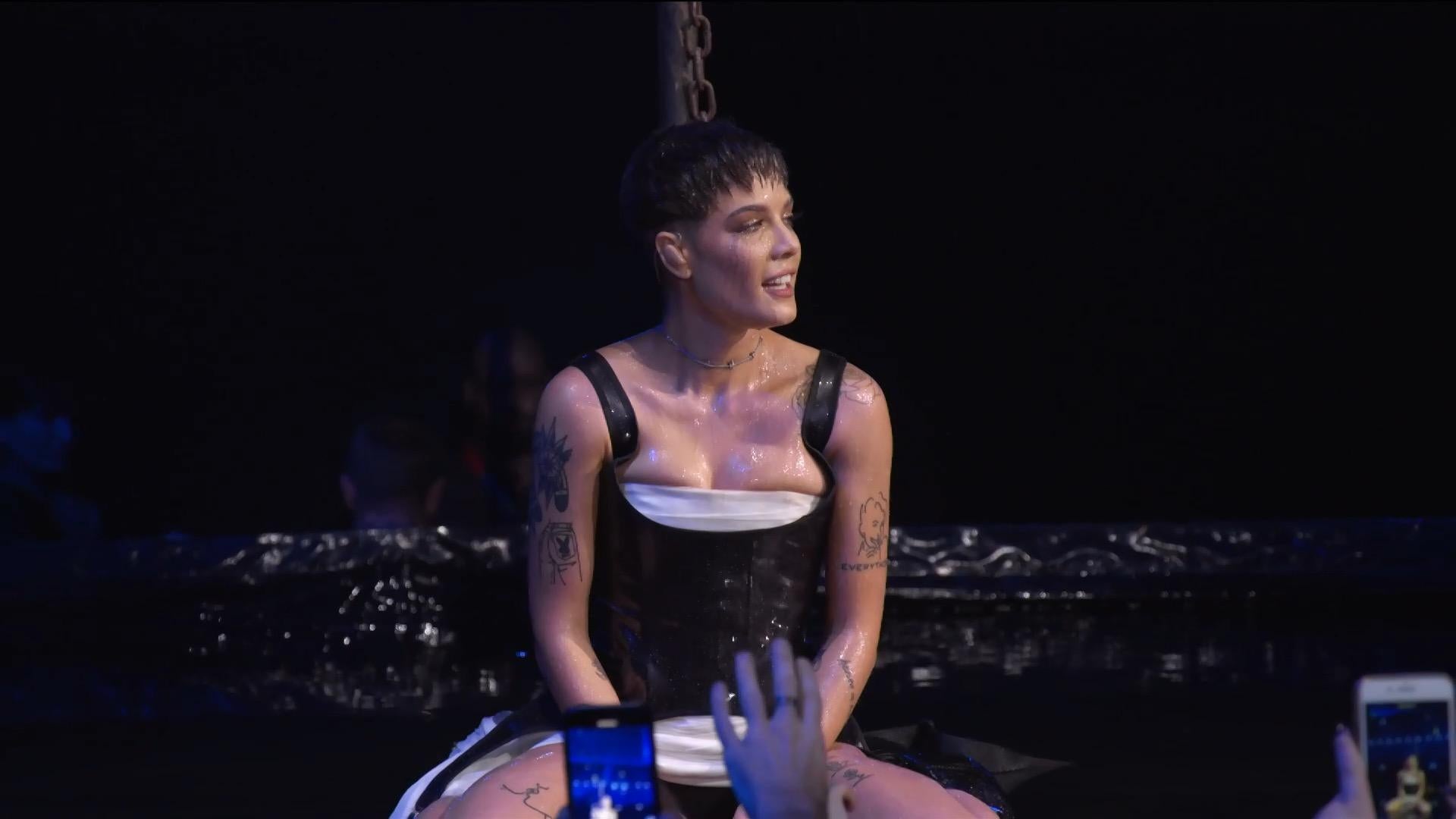 Spain hosts the MTV Europe Music Awards for the third time tonight, with the Bizkaia Arena in Bilbao set to host the festivities.

Camila Cabello holds the most nominations and is in the running for six awards, with Ariana Grande and Post Malone both vying for five.

Follow all the action in our live blog below (please allow a moment for it to load):


Oh, and a very brief In Memoriam at the close – weird they did not go for something bigger.


Bastille capped things off. Nirvana suffered borderline copyright infringement with the yellow faces falling from the sky. Hailee is wearing her 128th dress of the evening. It's over! We made it!


She uses the platform to say vague things about gender equality and world peace. It's family tradition for every speech to end in the world "love" being said over and over again, after all.


Janet Jackson receives the Global Icon award, which is I guess the more polite term for the veteran award.


Jack & Jack win my award for 'Act I would not spend long mourning if they mistook a thresher for a VIP lounge'. I'm ready to take the @s for this, they are the worst.

I'm back! Hailee Steinfeld is being spray-painted in real-time by robots!


My God this ceremony is paced like a series of Instagram Stories. The EMAs is starting to win; resolve weakening


The costume changes are absolutely relentless!


The winner is Nicki Minaj, of course, because that's why she's been here every evening.


Of course it broke into a dancefloor banger though. Pavarotti is doing 800rpm in his grave right now.


Jason Derulo is singing Nessun Dorma. So we are truly living in a simulation after all.


Halsey performs in a glbad case of emotion.


Camila Cabello's "Havana" beats Childish Gambino's "This is America" ​​to the music video prize because … this is America. Well, this is Spain, but you get my point.


Amid all the crazy outfits, Halsey's goes for something simple (and great).


These backstage "How did the award presenting go?" questions are great. They're like "Errrrrr good, yes, I managed to say the name."


Experiencing some lag right now (and not just in my knowledge of trending pop, dear reader !!!), bear with me.


It's all going to bit Handmaid's Tale in Bebe Rexha's performance.

The red carpets starts at 7pm UK time (8pm CET) with the main show beginning at 8pm on MTV.

The show can also be streamed live at MTVEMA.com and in 360 / VR through the MTV EMA app.