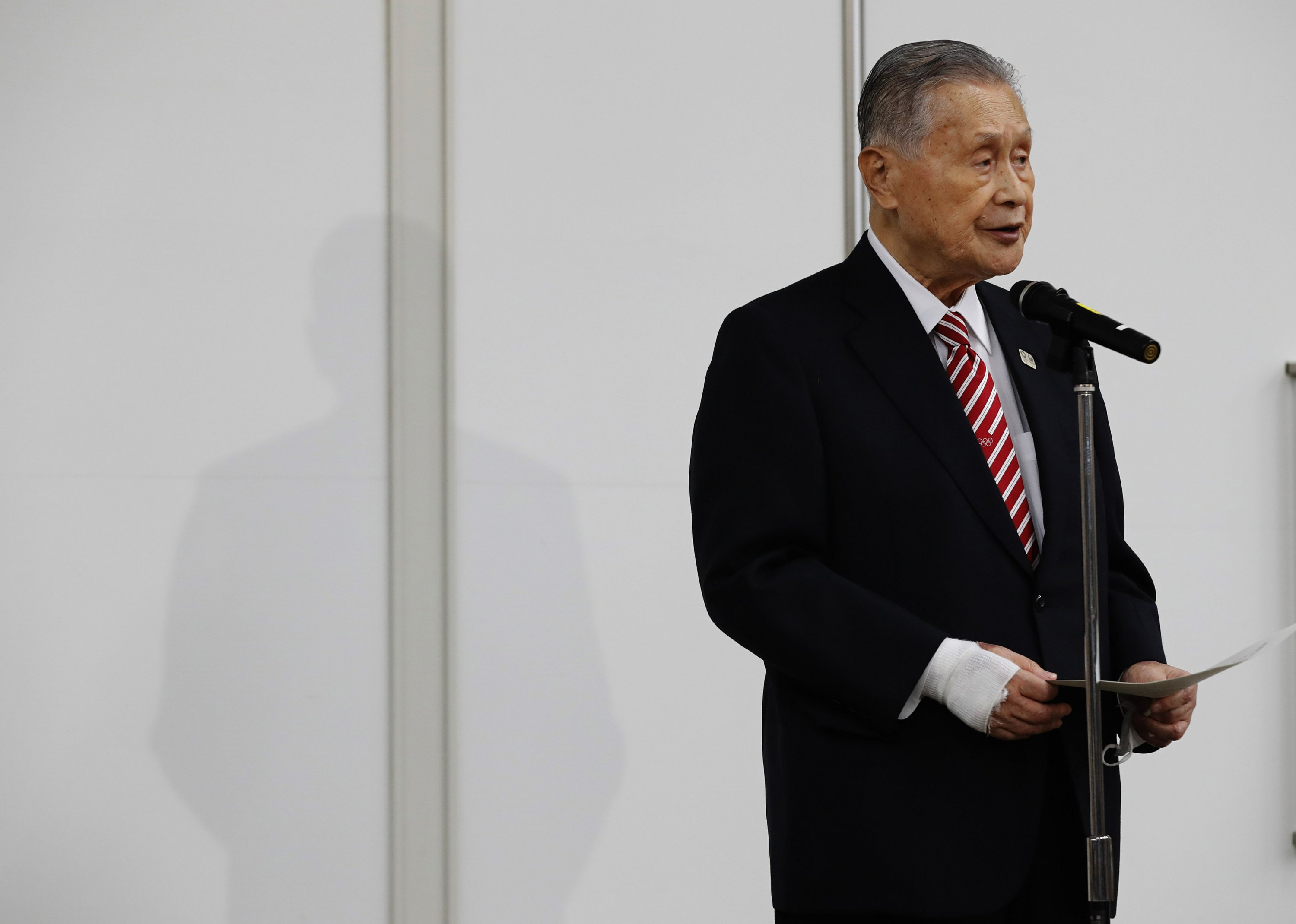 Japanese news agency Kyodo and others reported Thursday, citing unidentified sources, that Yoshiro Mori will step down on Friday as chairman of the organizing committee for the Tokyo Olympics.

The move follows his sexist comments about women more than a week ago, and an unusual and subsequent public debate in Japan on gender equality.

A decision is expected to be announced on Friday when the executive board of the organizing committee meets. The Tokyo 2020 executive board is overwhelmingly male, as is the day-to-day leadership.

Mori, 83, at a Japanese Olympic Committee meeting more than a week ago, essentially said that women “talk too much” and are driven by a “strong sense of rivalry.” Mori, a former prime minister, reluctantly apologized a few days after his views were reported, but refused to resign.

This is more than just another problem for the postponed Olympics, which have made the risky decision to try to open on July 23 amid a pandemic with 11,000 athletes and, later, 4,400 Paralympic athletes.

More than 80% of the Japanese public in recent polls say the Olympics should be postponed or canceled.

Mori’s comments have sparked outrage from many quarters and highlighted how far Japan is relative to other prosperous countries in advancing women in politics or in boardrooms. Japan is ranked 121 out of 153 in the World Economic Forum’s gender equality rankings.

Although some on the street have asked him to resign (several hundred Olympic volunteers say they are withdrawing), most decision makers have not done so and have simply condemned his comments. Japan is a country that works largely in consensus with politicians, often elders and men, who act behind the scenes and filter test balloons to feel public sentiment.

Here are sample comments and observations on what has been unfolding as the pressure on Mori has mounted.

Toyota is one of 14 TOP Olympic sponsors who pay around $ 1 billion each four-year Olympic cycle to the International Olympic Committee. The company rarely speaks out on politics, but this week President Akio Toyoda said: “(Mori’s) comment is different from our values, and we find it regrettable.” Toyota and Coca-Cola are also major sponsors of the torch relay, which will take place on March 25. Toyota has not called for Mori’s resignation. But his comments have gotten headlines.

Koike called Mori’s comments an “important issue” for the Olympics. She is one of the few powerful political women in Japan and has worked closely at the Olympics. He said he will skip an Olympic meeting next week with IOC President Thomas Bach, Mori and the national government. “I don’t think having conversations in the current circumstances produces a positive message,” he said. “I will not attend the meeting.”

‘Koike, as a natural populist, smells political gains by making use of her position as a prominent politician. Koike is not a feminist, but she knows that being a woman in a very conservative and male-dominated Japan can be to her advantage. By refusing to attend the meeting, it may indicate that you are more in touch with the widely shared sentiment in Japanese society that Mori should resign. “

The IOC accepted Mori’s apology and said the case was closed. He then waited nearly a week to issue a stronger statement, saying his comments were “absolutely inappropriate.” He noted that the local organizing committee also called the comments “inappropriate.” The IOC has not publicly called for Mori’s resignation. Most of her statement about Mori focused on how she says she has improved gender equality at the Olympics over the past 25 years.

Opposition leaders have been pressuring Prime Minister Yoshihide Suga to convince Mori to resign. There are unconfirmed reports in Japan that former Prime Minister Shinzo Abe could replace Mori. Mori got his job in 2014, when Abe was prime minister.

“We must tell the world that Japan is a country committed to making a society with gender equality,” Fukushima said. “He (Mori) must resign.”