More than 50 dead after gold mine collapsed in eastern Congo 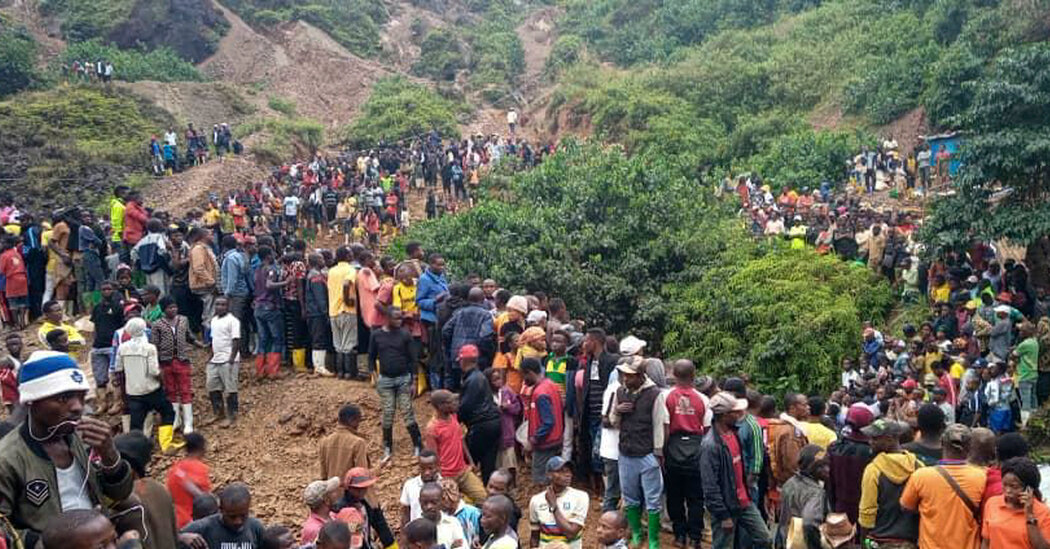 KINSHASA, Congo – More than 50 people have died due to landslides near Kamitug town in South Kivu province of the Democratic Republic of Congo on Friday, officials said.

“Excavators and stone transporters were swallowed by the water,” Camiteuga Mayor Alexandre Bundida said. “A team of rescuers with motor pumps came to recover the bodies of the victims.”

Diva Honore, who narrowly survived the accident, said there were more than 50 people in the three mines, which are about 55 years deep.

“Kamituga is in mourning,” DiDono Bajica wrote, appearing after sharing a video on social media. Hundreds of people gathered to observe and help in the rescue efforts.

Most of the dead were young, according to a statement by Theo Ngwabidje Kasi, the governor of South Kivu, who expressed condolences to the families.

“The investigation continues to identify our deceased compatriots, provide assistance and take measures to prevent recurrence of such tragedies,” the statement said.

Artisan mining mines are often unsafe in eastern Congo and in the western province of Butcher. To make ends meet for women and children working in mines too. Two other areas suffered a fatal collapse earlier this year, killing at least 18 people.