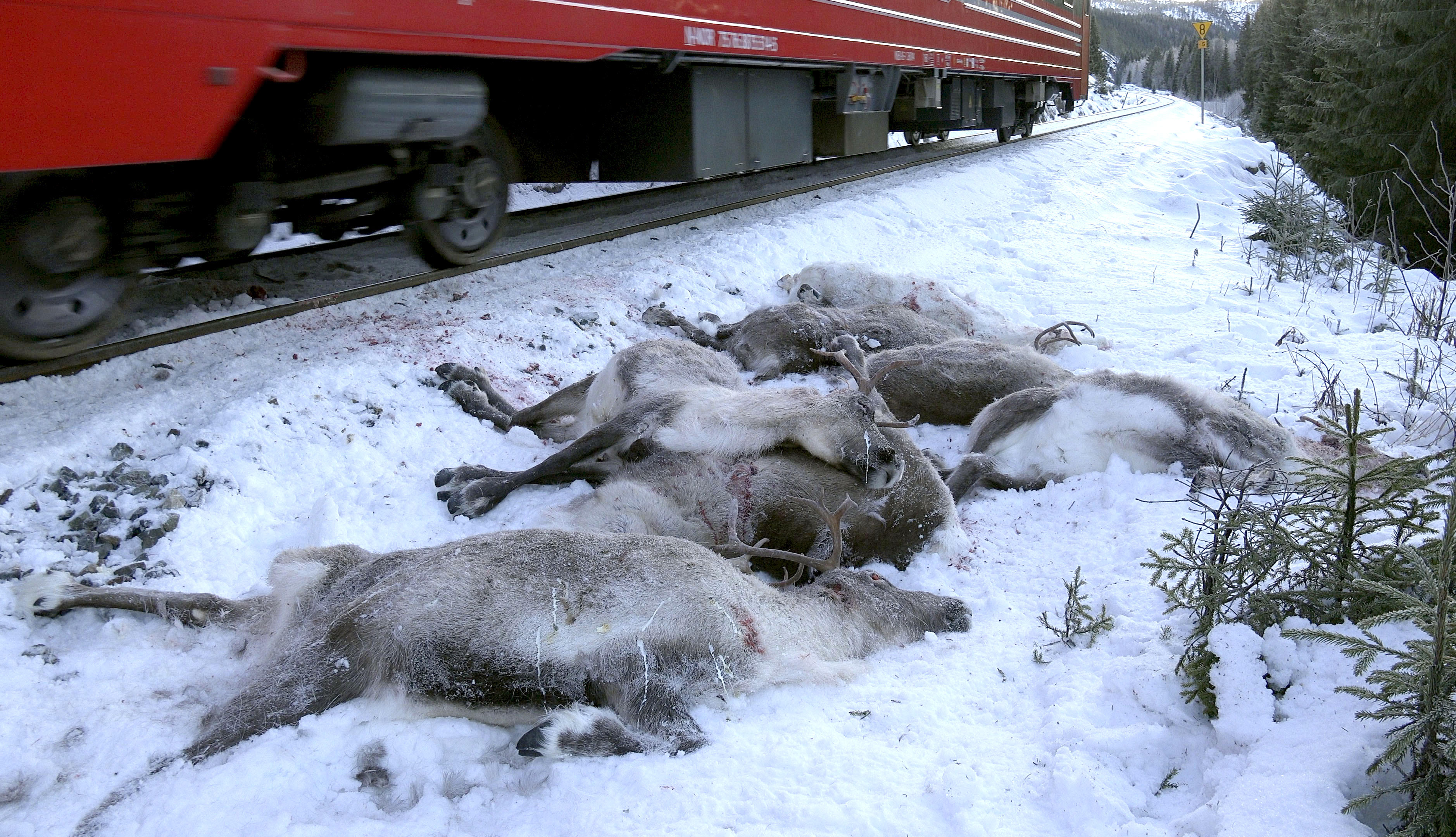 Torstein Appfjell, an anguished reindeer herder in Helgeland County, said on Sunday that the worst incident occurred on Saturday when 65 animals were shot down.

Appfjell told the Associated Press by telephone that it was "totally tragic" and "unprecedented" for so many reindeer to lose their lives in this way. A total of 106 reindeer have been killed since Thursday.

Appfjell represents four families in the area with a total of about 2,000 reindeer. He said that in the worst previous period of 12 months, 250 animals died in train accidents.

The VG newspaper reports that Bane NOR, which operates the trains, has now reduced speeds in the area.

Last year, the Norwegian Environmental Agency published spooky images showing a jumble of reindeer carcbades scattered in a small area on the Hardangervidda mountain plateau in central Norway. The agency said 323 animals died, including 70 calves, in a thunderstorm.