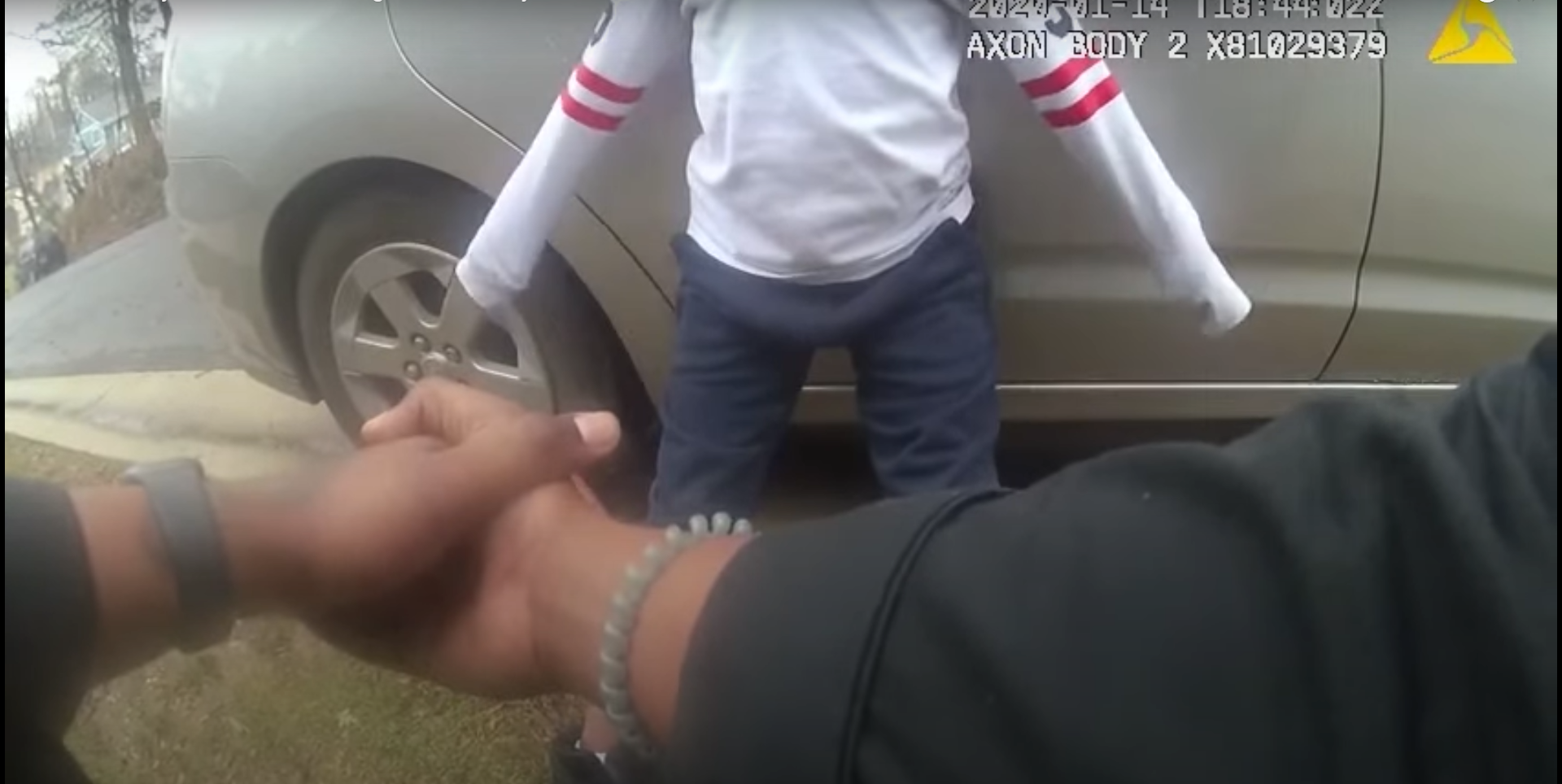 Leaders in Montgomery County, Maryland, are expressing strong opinions on the recently released video of two Montgomery County Police Department officers yelling and handcuffing a 5-year-old boy who had left his school and did not want to return.

Leaders in Montgomery County, Maryland, are expressing strong opinions on the recently released video of two Montgomery County Police Department officers yelling and handcuffing a 5-year-old boy who had left his school and did not want to return. .

The nearly hour-long video shows body camera footage of two African-American officers, a man and a woman, interacting with a 5-year-old African-American boy who left the East Silver Spring Elementary School grounds and refused to return on last January. 14, 2020.

In the video, school staff explain to officers that he allegedly threw a basketball at an instructor and knocked over a computer before leaving the school.

A member of the school staff contacted the police and asked for their help. Less than two minutes after the recording, the male officer is heard yelling at the boy.

“I don’t care if you don’t want to go to school, you don’t have that option, do you understand?” the officer says to the boy, before he changes to a more aggressive tone. Get back there! Now!”

When the child does not respond immediately, the officer grabs his arm and begins to escort him back to school. The boy begins to cough and cry hysterically, and the officers scold him.

“There is no crying!” the officer yells at the boy.

The male officer, holding the boy by the arm, says: “Cut him off!”

Warning: some viewers may find the video disturbing

The child is then placed in the back of a police vehicle. The official woman asks: “Does your mother hit you?” and the other officer responds: “Probably not.” Then the officer says: “Today he is going to spank you; I am going to ask him if I can do it.”

Back at school, the boy continues to cry loudly. The female officer is seen getting in his face and yelling loudly at him, seemingly mocking his sobs.

When the boy’s mother arrives, she tells the officers that she does not hit her son because it is against the law and that she did not want to lose him in the system.

He then removes the boy’s shirt to show officers that he was not being physically abused at home. Male officers tell him “we think it’s the exact opposite.” The policewoman says, “We want you to hit him.”

The officer then tells the mother that she can’t use a gun to hit him, but that “you can hit that butt, repeatedly.”

Later, the officers, the boy and his mother enter a conference room, where the male officer puts a handcuff on one of the boys’ arms and tells him: “When you are older and want to make your own decisions, you know? who will be your best friend? “and holds up his fists.” These here, you know what they are? These are handcuffs. “

He adds: “These are for people who don’t want to listen and don’t know how to act.”

The officers then remove the handcuffs and further discuss the boy’s behavior with his mother.

The boy’s mother, Shanta Grant, filed a lawsuit against the Montgomery County public school system and the county police department over the incident.

The police department said that after the complaint was filed, an internal investigation was conducted into the matter. They did not release the findings of the investigation, saying that all internal matters are confidential under Maryland law, but that both officers remain employees of the Montgomery County Police Department.

Montgomery County Public Schools said they could not fully comment on the incident due to pending litigation, but offered their condolences for the boy in the video.

“It was extremely difficult for us to watch video of the incident involving a 5-year-old student at East Silver Spring Elementary School. Our hearts ache for this student. There is no excuse for adults to speak to or threaten a child in this way, ”the statement said.

The school system also said it expected school staff to “follow the structures outlined for student intervention and support, as well as school safety.”

Montgomery County Council Member Will Jawando, an outspoken advocate for police reform and critical of police involvement within schools, told WTOP that the incident showed “a total failure of our system.”

“You just have to be horrified – horrified and frankly disgusted – at the failures of multiple adults, multiple systems – the school system, the police department – to protect this child, who is a kindergartener, a 5 year old. years he wandered around and was reprimanded for almost an hour, ”said Jawando. “Handcuffed and called ‘disgusting’, and yelled, yelled. Is crying.”

Jawando added: “No person should be treated that way, much less a 5-year-old … who was not able to withstand that type of abuse from a developmental point of view.”

Once again, Jawando called for a review of the police and public safety system in the county. He said officers should not be in schools or be the first to respond to incidents like the one that occurred in January 2020.

He said the video provides an excellent example of “channeling from school to prison.”

“Almost from the beginning, it changes within 30 seconds of the interaction and you can see that (the child is) scared of his life,” he said. “But then it becomes a negative interaction, based on law enforcement and frankly … cruel.”

Jawando said that black children are often seen as older, more dangerous and less innocent than children of other ethnicities. He said the treatment is shown in its entirety in the video.

“That’s certainly what happened here, to the point of ‘you’re going to end up in jail … let me show you at age 5 what it’s like to put on handcuffs and what’s in your future.’ “He said.” If that’s not the conduit from the school to the prison, I don’t know what is. “

He also said that the race of the officers does not matter in incidents like this.

“The prejudices … based on white supremacy and the criminalization and stereotypes that accompany black and brown children in particular have permeated everyone and no one is immune from them,” he said.

Councilmember Nancy Navarro said accountability was needed and the images should have been available sooner.

“This council should have received this footage and it should have been given enough time and we have been requesting it, so it is also a real concern regarding how the administration handled this particular footage,” he said. “As a mother, and also as a resident of this county, this leaves a lot to be desired.”

In a joint statement released Friday, the council said it repeatedly asked county executive Marc Elrich for access to the body camera footage, but it was only given access around the same time it was made available to the public.

“We also believe that our community deserved to hear directly from our County Executive about the actions the administration plans to take to ensure that a situation like this never happens again.”