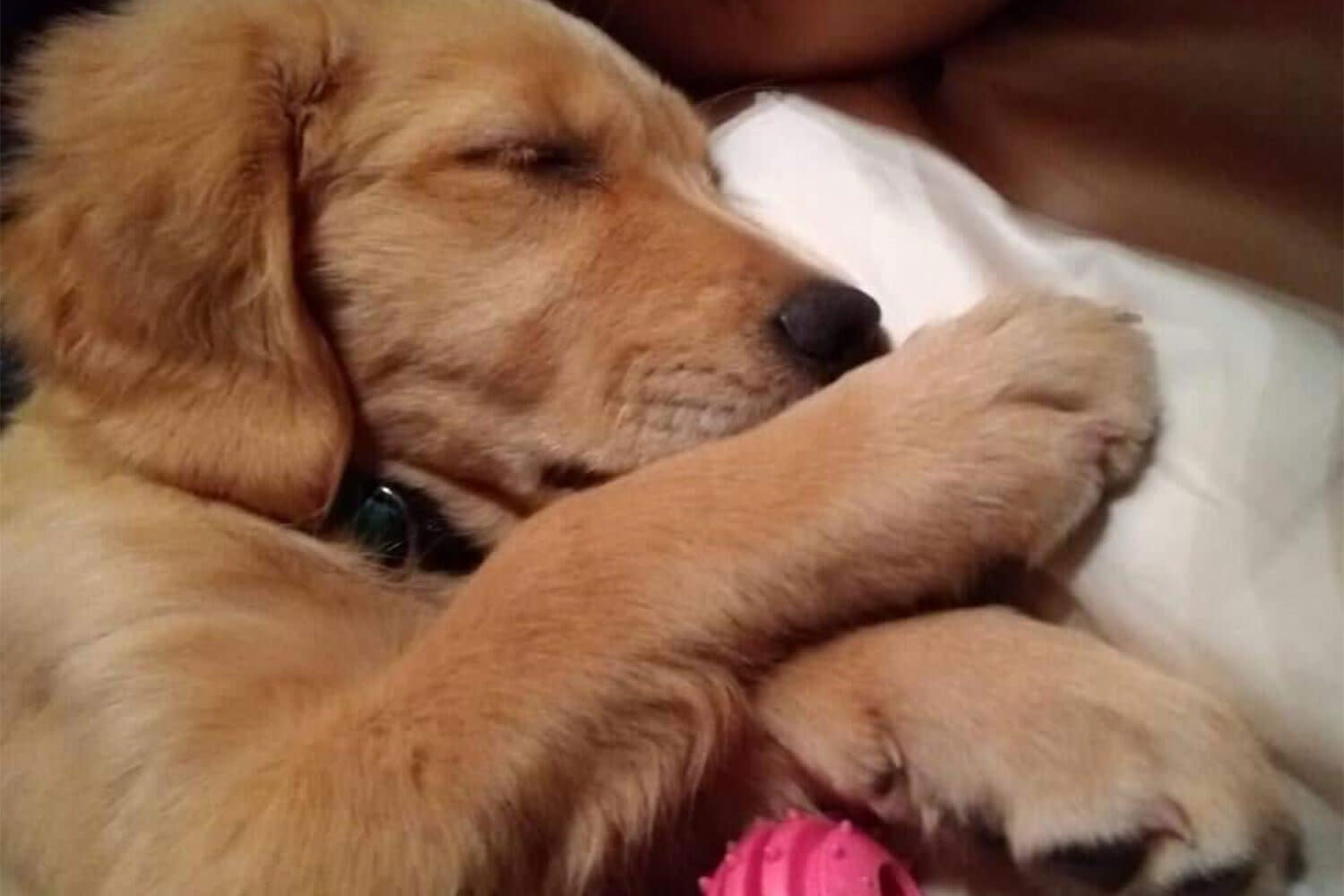 Mom to the rescue!

First responders in Pennsylvania saved a missing dog thanks to the puppy’s canine mother, who found her puppy trapped under a rock.

Brandy disappeared Sunday night. Its owner, Nadia Delicati, searched for the puppy but could not find the dog on her own. The search for Delicati dragged on because Brandy was unable to respond to calls from her owner. The puppy’s head was stuck in a small hole under a rock, making it impossible for him to bark.

After finding Brandy, Delicati called the authorities to help him save the puppy. It’s a good thing he did because it took five firefighters to free the puppy.

“We had to make the hole a little bit bigger, so we could get our smallest kid in,” said Lake Winola Volunteer Fire Department Lt. Nate Evans.

Eventually, they were able to lift the stone “enough to get his head out,” added Lake Winola Volunteer Fire Department Lt. Eric Coolbaugh.

Brandy was “definitely hungry” and exhausted after the ordeal, but was unscathed apart from a sore leg.

“It ran right up to its owner. It was honestly like a scene from a movie,” McCoy said.

Don’t miss a story: sign up to PERSONSfree daily newsletter to stay up-to-date on the best of what PEOPLE has to offer, from juicy celebrity news to compelling human interest stories.

After the meeting, Brandy proceeded to thank all the people who helped make her rescue possible.

“We see so many tragic events that something like this, you can safely get her out, and we get a lot of kisses and love from the dog,” Coolbaugh said. “It made our day. It made our day.”