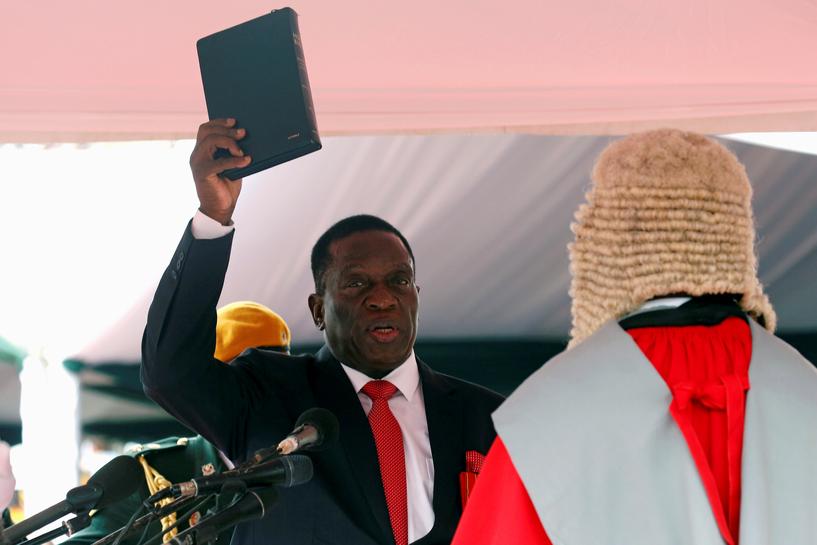 Upon expiration of the Amnesty at the end of In February of next year, the government will arrest and prosecute those who have not complied, Mnangagwa said in a statement.

Mnangagwa was sworn in as president on Friday and vowed to confront corruption, which had become endemic under the 37-year-old government of former President Robert Mugabe.

"Those affected are encouraged to take advantage of the three-month moratorium to return funds and illegally outsourced badets in order to avoid the pain and ignominy of being visited by the arm of the law," said Mnangagwa.

The new president of Zimbabwe is under pressure to deliver, especially in the economy, which is under a severe shortage of foreign currency that has seen banks fail to give cash to customers.

Mnangagwa told heads of government ministries on Tuesday that he was putting together a "more agile" government, which would see merging some departments to improve efficiency.

Critics say that Zimbabwe has an inflated civil service, which chews more than 90 percent of the national budget.

Mnangagwa, however, said that only workers of retirement age would be fired. He promised to rebuild the economy and improve the livelihoods of Zimbabweans.

"My government will not tolerate bureaucratic laziness, which is quick to describe the procedures as an excuse to delay the delivery of services to citizens, investors and other interested parties," Mnangagwa said in a statement read to government officials.

After recovering under a unity government between the ruling ZANU-PF and the opposition between 2009 and 2012, the economy of the southern African nation has unraveled with an unemployment rate of over 90 percent.

Mnangagwa is expected to announce a cabinet this week, with all eyes on whether he breaks with the past and appoints a broad-based government or selects figures from the old guard of the Mugabe era.

A parliamentary official said Mnangagwa had requested the curriculum vitae from ZANU-PF lawmakers on Tuesday as he moves to put the new cabinet in its place.

The members, all linked to the G40 group that supported Grace, Mugabe's wife, include former ministers Savior Kasukuwere, Jonathan Moyo and Ignatius Chombo, who faces corruption charges in court.