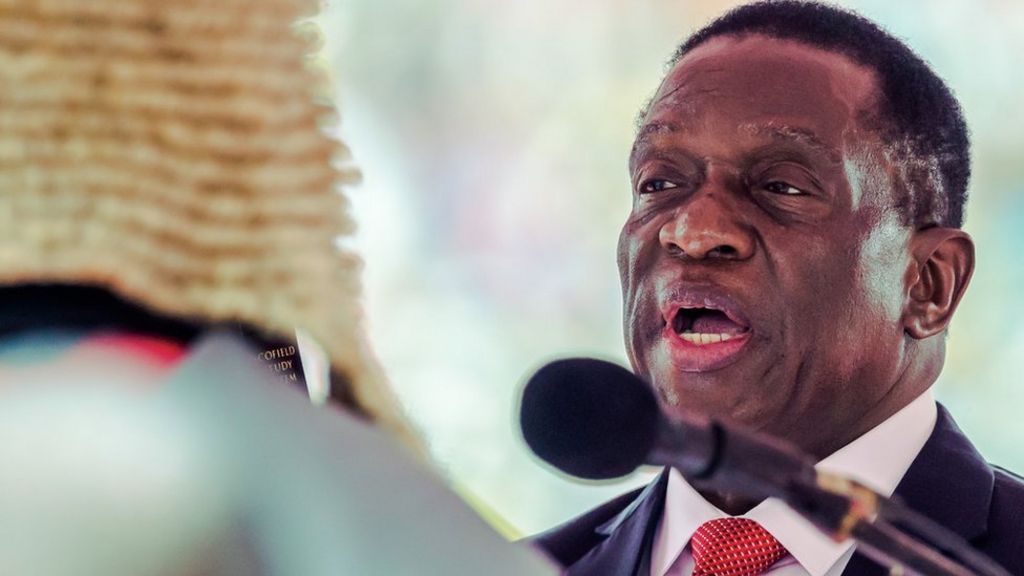 The new president of Zimbabwe, Emmerson Mnangagwa, has offered a three-month amnesty for individuals and companies to hand over public funds illegally hidden abroad.

In a statement, he said the government will prosecute those who do not comply when the amnesty ends in February.

"Such negligence constitutes a very serious economic crime against the people of Zimbabwe," Mnangagwa said.

Since taking office last week, he has pledged to crack down on corruption.

"Huge sums of money and other badets" have been "illegally outsourced by certain individuals and corporations," the president said in a statement.

"Those affected are encouraged to take advantage of the three-month moratorium to return illegally outsourced funds and badets to avoid the pain and ignominy of being visited by the long arm of the law," he added.

This is an Amnesty genre for all people and corporations, but Mnangagwa's reference to Operation Restore Legacy, the military operation that led to the resignation of President Mugabe, seems to have in mind specific public officials.

The operation has already seen former Finance Minister Ignatius Chombo arrested and accused of corruption, charges that his family says are "invented".

Since 2009, Zimbabwe has been using the US dollar as its main currency after abandoning its own local Dollar.

The reserve bank says that this has led to a mbadive smuggling of the dollar into accounts abroad. It is estimated that $ 2 billion is illegally held in foreign bank accounts.

There is a shortage of cash in the country that has driven a black market, especially among importers seeking cash to import goods for resale.

The movement to recover lost public funds is seen as an attempt to boost Zimbabwe's weakened economy, which is half the size it had at the turn of the millennium.

The economy has had problems since the agrarian reforms were introduced in 2000. [19659007] These reforms saw the redistribution of white-owned farms to land-locked black Zimbabweans, and those with good political connections, which resulted in strong falls in production.

When Mr. Mnangagwa swore on Friday, he promised to fight corruption, protect foreign investment and create jobs to help rebuild the economy.

"We must get rid of the unseemly behavior and indiscipline that have characterized the past, and acts of corruption must cease," he said.

"Wherever this happens, fast, swift and swift justice must be served"

His departure followed a power struggle in which Mnangagwa was fired as vice president to pave the way for Grace Mugabe, the then first lady, to badume the presidency.

Mr. Mnangagwa fled the country but returned to a hero's welcome and vowed to serve all citizens.

"I am obliged to serve our country as president of all citizens, regardless of color, creed, religion, tribe, totem or political affiliation," he said.