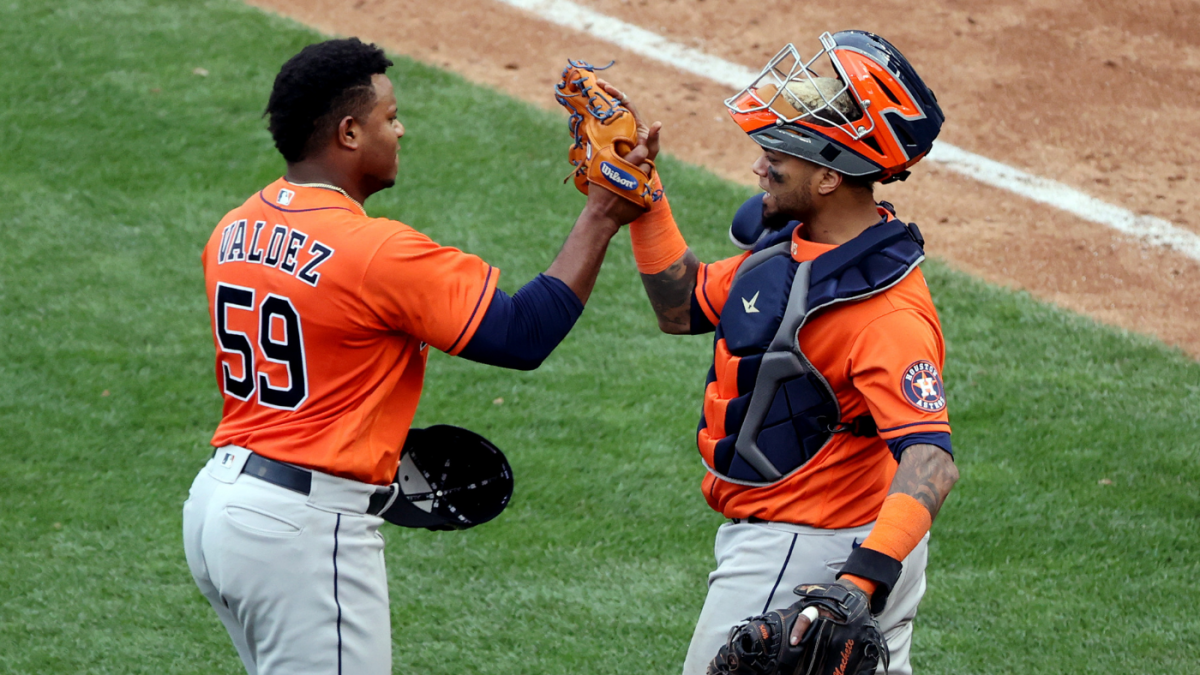 Major League Baseball’s postseason began on Tuesday with the American League Wild Card Series. Those AL series include four best three matchups. (The National League of Things will begin on Wednesday.) Each game will be held at the home ballpark of the high-seeded team. There will be no day during this round, which means that teams will not be able to strategize with their pitching staff the way they have.

Below, you’ll find updated scores of every game as well as some of the biggest storylines of the day.

Valdez comes big in the victory of Estes Game 1

26-year-old Houston lefty Franber Valdez was in discussions to begin Game 2 in the Wild Card Series opener between the Astros and Twins at Target Field. Veteran ace Zac Greinke opened the opener, and Lance McCullar Jr. If necessary, be in line for the beginning of Game 3. If they were plans for Valdez, Astro manager Dusty Baker audited decisively and bowed to Valdez coming off Bulbul, when Greink had a somewhat unstable innings of a one-run ball.

Valde justified the decision and then some:

Two of the 18 batters Valdez faced faced hard-hit balls, and he did not deliver a hit until the Twins hit back-to-back opposite-field singles with one of the ninth Not turned out. At the time, Baker showed even more confidence in Valdez. With a potential tie at the plate, closer Ryan Pressley warmed up in the pen, and right-hander Willian Estudillo pinch-skated, sticking to Baker Valdez. Valdez, later a curblad at the bottom of the zone, had gained crucial Game 1 with a game-ending double play.

In his first relief appearance since August 10, Valdez leaned too much on his sinker and curve, and apparently he got the biggest boycott of the Astros season. Speaking of which, enjoy the Framer Hammer:

His use means that Jose Arquidi will likely start Game 2 on Wednesday, and so far Valdez’s aggressive use has seemed like a masterstroke for Baker. As a result, the Twins finished their 17th straight postseason loss, and the Astro are away from a first-round start.

The White Sox won their first playoff game since 2008, a 4–1 win over the A’s on Tuesday afternoon. Chixox gets homers from Jose Abreau and Adam Engel, but his starter stole the headlines. Lucus Giolito, who threw a no-hitter in the regular season, was perfect for the first six innings against Oakland. He lost his perfect game (and no-hitter) in the seventh inning, but gave up just one run on two hits, giving up one of eight strikes in seven innings. You can read more about his performance here.

The biggest pregame news from the Yankees-Cleveland series is that Kyle Higashoka – and not Gary Sanchez – will be the New York starting catcher in Game 1.

Yankees manager Aaron Boone has chosen Higisoka to continue as Gerrit Cole’s personal catcher. The two of them were added together in Cole’s final four, which starts this season, and the results were quite impressive: In 27 innings, he accumulated a 1.00 ERA and a .147 against average. For reference, Cole had a 3.91 ERA and starts with an average of six. Sanchez behind the .2424 dish.

While some differences can be attributed to a smaller sample size, two other aspects are mentioned here. For one, Cole seems more inclined to throw broken balls with Higashoka behind the plate, combining his use of Bendy pitches with Sanchez with about four percentage points relative to his usage. For another, Higashioka is the better framer, giving Cole’s pitches a better chance of being called strikes. It probably doesn’t hurt that Higashoka has Sanchez at the plate this season.

Boone can only hope that Higashoka’s defense is a factor on Tuesday. Shane Bieber will need all the help to win against Shane Bieber.