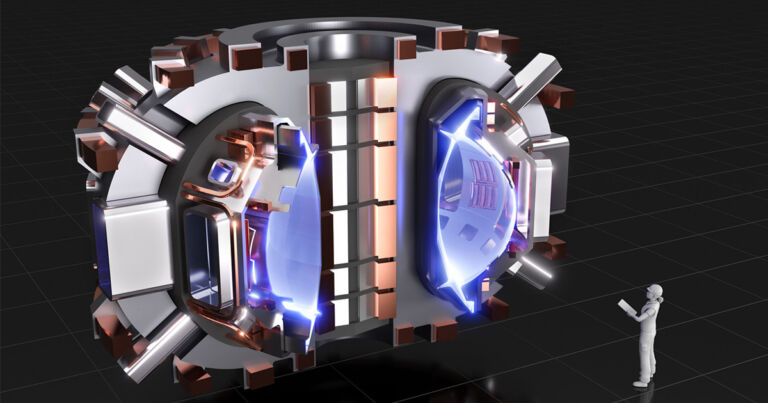 A team of researchers from MIT and other institutes say their “spark” compact fusion reactor should actually work – at least in theory, as they argue in a series of recently released research papers.

In a total of seven papers written by 47 researchers from 12 institutions, the team argues that there have been no unexpected obstacles or surprises shown during the planning stages.

In other words, the research “confirms that the design we’re working on is very likely to work,” said Martin Greenwald, deputy director of MIT’s Plasma Science and Fusion Center and project lead new York Times.

Fusion power remains elusive, but one day fuses atomic nuclei together like the sun to become a safe and clean method of energy production. Despite nearly a century of research, no one has managed to pull it off yet.

SPARC, one of the largest privately funded projects of its kind in the region, will be the first of its kind: a “burning plasma” reactor that fuses hydrogen isotopes to form helium, containing any other input of energy Is not required.

Thanks to advances in the field of superconducting magnets, the team hopes to achieve similar performance to large-scale reactors, such as the giant ITER (International Thermonuclear Experimental Reactor) reactor, which began assembly in July.

Magnets are used in extremely hot and high pressure reactions operating inside the reactor, which is one of the biggest challenges of fusion.

According to the team’s calculations, the spark must be capable of producing twice as much fusion energy than the amount required to produce a reaction. This will be a big leap, as no researcher has managed to break it yet.

In fact, in the papers, the researchers note that it may be theoretically possible to generate ten times that amount – although there is much work ahead before they can say for sure.

The MIT team hopes to build its compact reactor in the next three to four years, with the ultimate goal of generating electricity in 2035, Times Report.