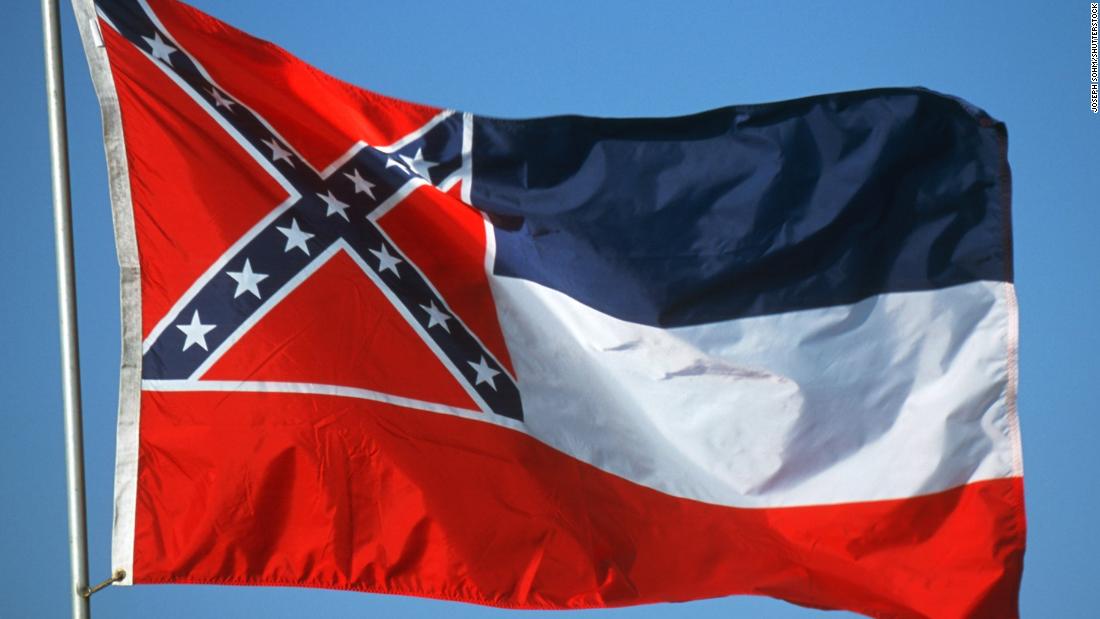 By a vote of 85-34, the recently passed resolution suspends the chamber’s rules so that lawmakers can consider a bill that would change or eliminate the flag. As the resolution passed, cheers were heard throughout the chamber.

Saturday’s vote is the first step toward removing the state flag. The measure now passes to a Senate committee before going to the chamber.

Mississippi lawmakers in recent weeks have been weighing the removal of the Confederate battle emblem from the state flag amid continued racial justice protests.

Earlier Saturday, Mississippi Governor Tate Reeves, a Republican, said in a tweet that he would sign a bill to remove Confederate images of the state flag if the legislature sends him a bill this weekend.

“The legislature has been stagnant for days as it considers a new state flag. The discussion of the 1894 flag has become as divisive as the flag itself and it is time to end it. If you send me a bill this weekend , I’ll sign it, “Reeves said.

“We should not have the illusion that a vote on Capitol Hill is the end of what must be done: the job before is for us to bring the state together and I intend to work day and night to do it,” Reeves said.

“It will be more difficult than recovering from tornadoes, harder than historical floods, harder than agency corruption, or prison riots or the next hurricane season, even harder than fighting the Coronavirus,” he added.

CNN’s Allison Gordon and Melissa Alonso contributed to this report.