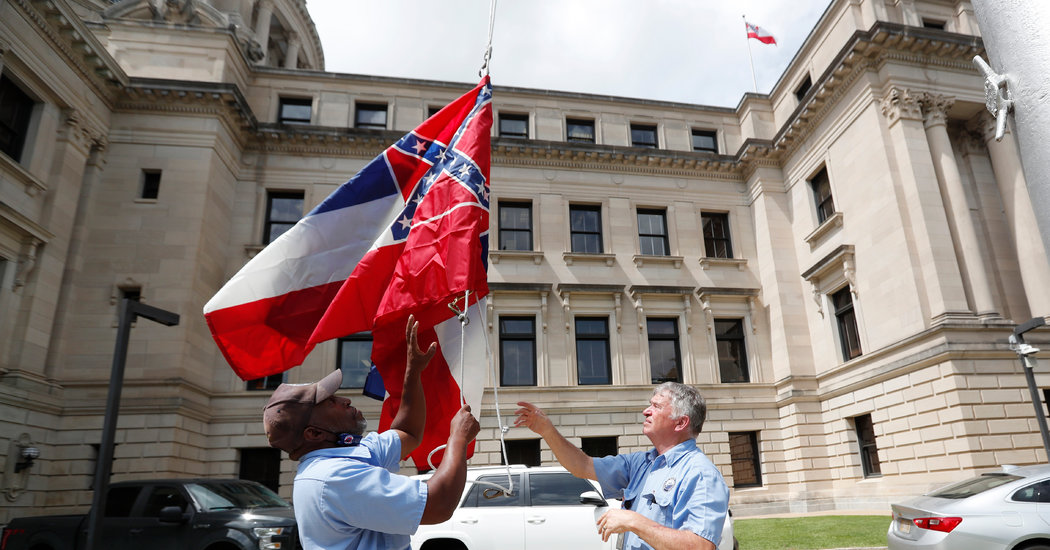 JACKSON, Miss. – Just a few weeks ago, when Mississippi lawmakers mobilized to tear down the only state flag in the nation with the embedded Confederate battle emblem, Governor Tate Reeves said the choice was not his.

“It should be the people who make that decision,” Reeves told reporters at the time, “not a secret deal by a group of politicians in Jackson.”

But on Tuesday, Reeves enacted a measure that removes the flag that has flown over the state for 126 years and has been at the center of a conflict that Mississippi has faced for generations: how to see a legacy that dates back to Civil War.

Legislation requires the “quick, dignified and respectful” removal of the flag, which features the blue bars and white stars from the Confederate battle flag, within 15 days.

Reeves, a Republican, acknowledged his own evolution by believing that the flag should be changed only through a state referendum to allow lawmakers to make the decision.

He said Mississippi has been hit in recent months by floods, tornadoes, and an eruption of violence and discord in state prisons before the coronavirus outbreak and the economic devastation it has unleashed. He said that dividing the state and sparking an internal political struggle would only further harm him.

“There are people on both sides of the flag debate who may never understand each other,” Reeves said in a speech delivered Tuesday from the governor’s mansion in Jackson. “We as a family must show empathy. We must understand that everyone who wants change is not trying to erase history. And everyone who wants the status quo is not mean or hateful. “

Reeves had previously said he would sign the measure that state lawmakers passed over the weekend, in another example of the Confederate symbols being re-examined after protests over the police killing of George Floyd in Minneapolis.

When the state flag was last on the ballot in 2001, Mississippi voters overwhelmingly decided to keep it. But over the weekend, the House voted 91-23 in favor of removing the flag, and the Senate affirmed that decision in a vote of 37-14.

A commission will be tasked with presenting a new flag design for September that could be included on the November ballot. The new flag will be prohibited from including the Confederate battle emblem and must include the phrase “In God we trust.”